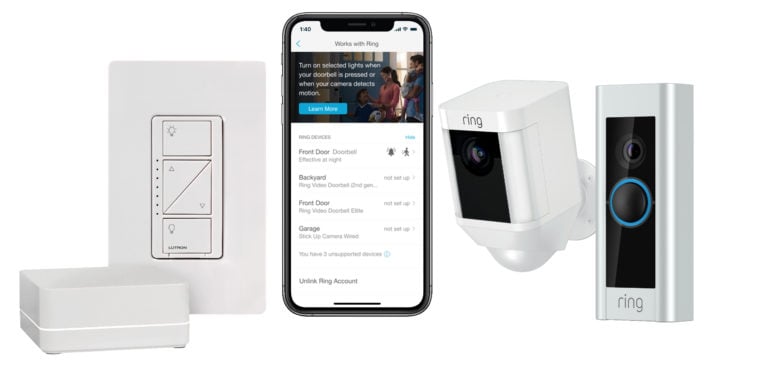 Lutron Electronics, the company that brought us smart blinds and smart ceiling fans, has announced its first-ever product integration with Ring. The partnership brings together the best of both worlds from both companies by allowing Lutron-controlled lights to react to motion detected by Ring devices.

Specifically, it will be Caséta by Lutron and the RA2 Select smart lighting control systems that will work alongside compatible Ring devices. Users will be able to create customizable actions such as setting the lights to turn on for 15 minutes when the Ring Video Doorbell or camera detects motion, scheduling of front door and entry lights to turn on when the doorbell is rung, and even automatically turn on lights when they get home.

Users will also be able to specify which lights to connect and react to their Ring devices. Porch lights, for example, can react to the Ring Doorbell while living room and house lights can be activated by motion sensor devices. Settings can be also customized based on the time of day to further integrate itself into the user’s routine.

All of this can be done easily through the Lutron app which will be updated by September 30th to support the aforementioned features.