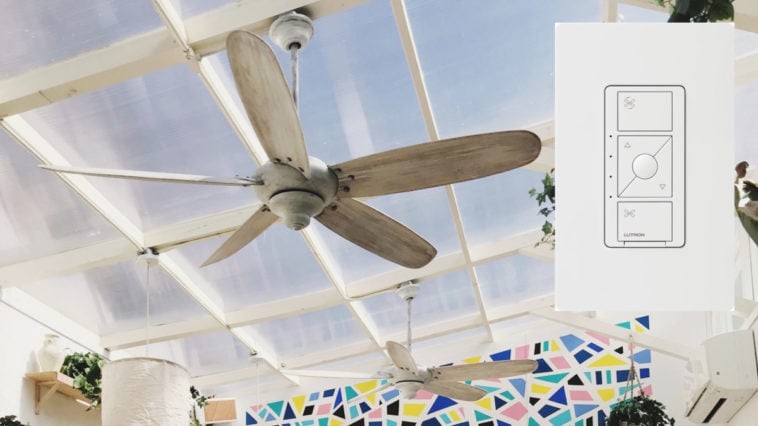 At CES, we saw everything from ‘smart’ belts to toilets and even diapers. With so many questionable ‘smart’ gadgets on display, we must admit, it’s refreshing when something pops up that actually seems useful. Today, that item is a smart ceiling fan controller from Lutron Electronics.

Best known for its high tech lighting systems, in recent years the company has branched out into many other areas including automatic shades, and thermostats.

According to Lutron, their new Caséta speed controller is designed to convert standard ceiling fans into smart fans within mere minutes. Once the component is installed, users will have the ability to fully control the fans via the company’s downloadable app – or its Pico remote.

In all, Lutron says the goal of its Caséta line is to make life simpler by enabling customers to control multiple actions at once. For example, with ’Caséta scenes’, Lutron says users can program the app to dim the lights, lower the shades, and turn on the fan, all with the press of a single button.

The company is selling the fan control component for $69.95, customers will have to shell out another $42 for the Pico remote.

Update March 12th, 2019: Lutron has now added HomeKit support. In addition, the controller is now available to purchase on Amazon.