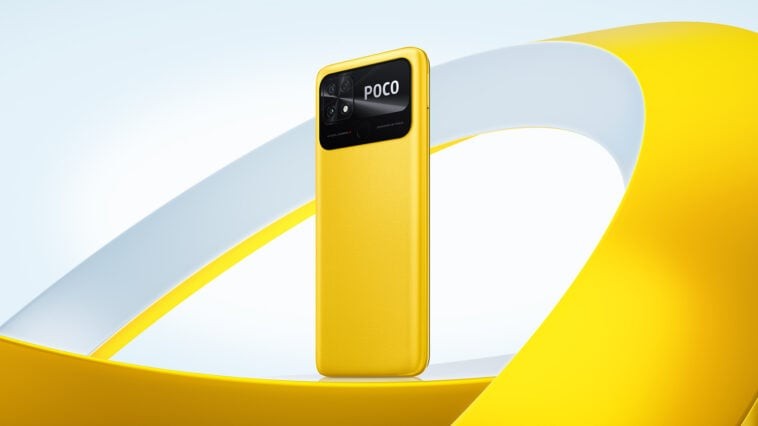 The POCO C40 has a 6.71-inch Dot Drop LCD display & is protected by corning gorilla glass

The POCO C40 was recently unveiled and it offers a huge Dot Drop display and 6,000 mAh battery, for a budget-friendly price.

The POCO C40’s best feature is arguably its display. The smartphone has a 6.71-inch Dot Drop LCD display that is protected by corning gorilla glass. This feature essentially makes the smartphone one of the biggest and most optimized displays offered for a budget-friendly model to date.

The POCO C40 is powered by JLQ Technology’s octa-core JR510 processor. It also runs on Xiaomi’s MIUI 13 software (based on Android 11). Configured as eight Cortex-A55 cores running at 2.0 GHz, it has the same theoretical performance as Samsung’s Exynos 850. That’s pretty low-end nowadays (don’t expect to play Genshin with it), but should be more than enough as a daily driver, and it offers very efficient energy consumption.

Aside from the smartphone’s impressive display, its 6,000 mAh battery is complemented by an 18W quick-charging feature that is perhaps POCO C40’s second-biggest selling point.

One rather disappointing aspect of the POCO C40 however is that it only has a dual-back camera, with 13MP as the main one and a 2MP depth sensor. Even the 5MP front camera fails to impress compared to what Xiaomi has already offered within the company’s budget-friendly segment before. But the good news is that the setup is more than enough for an entry-level user’s typical camera needs.

Other notable specs include a rear fingerprint sensor.

As to the price and availability of the POCO C40, the company hasn’t revealed anything concrete as yet, but if rumors are to be believed, the smartphone will retail for a mere $129.