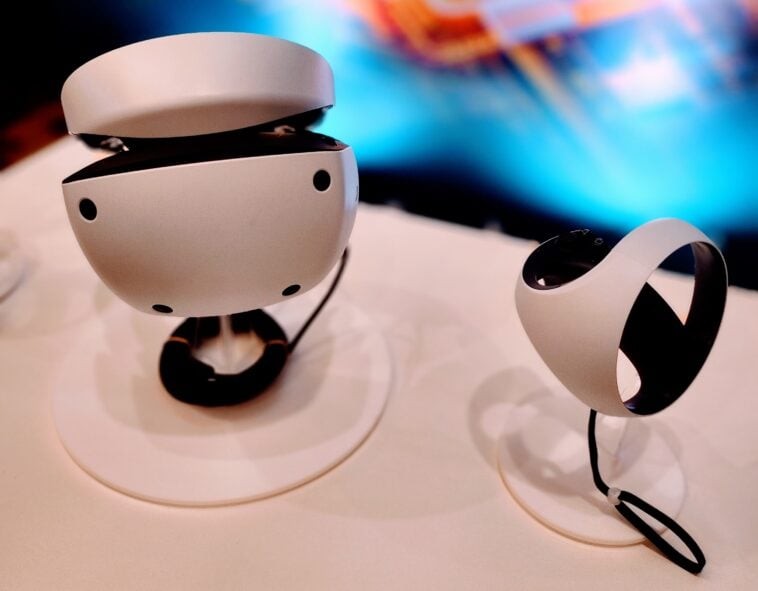 Hot on the heels of announcing their flagship Dimensity 9200 chipset for smartphones, MediaTek is announcing three new technologies that are going to shake things up in 2023 and beyond. They’re also offering a sneak peek at the upcoming PlayStation VR2, which MediaTek says is powered by the company’s very own SoC (system on chip).

If you have a smart TV at home, there’s a good chance that it’s powered by a MediaTek Pentonic chipset.

The Pentonic 1000 packs in a multi-core CPU, a dual-core GPU, and a dedicated AI processing unit all onto a single chipset. This is especially good news for gamers since it will enable TVs to provide a smoother, lag-free gaming experience while powering a lower latency cloud gaming experience. MediaTek says the chipset is also capable of a variable refresh rate of up to 4K at 144Hz for gaming.

But even if you’re not a gamer, the Pentonic 1000 is going to provide other benefits for you too, such as its Intelligent View technology which allows people to watch several different media sources while simultaneously having a video conference – all without sacrificing sharpness and picture quality for each media source. As a matter of fact, the chipset can support up to 8 views on a single TV display, and each one of these views will be sharp and clear.

The Pentonic 1000 will start showing up inside TVs starting in early 2023.

Kompanio 520 and Kompanio 528 chipsets for Chromebooks

MediaTek has also announced new Kompanio chipsets. You may not realize it, but Kompanio powers a huge majority of the affordable Chromebooks out there. So much so, that Kompanio has led to MediaTek being the number one seller of ArmBased Chromebooks due to the chipset offering lots of power for a low cost.

The latest generation of Kompanio now offers a 20% faster GPU over previous generations, along with all-day battery life, and a silent, fanless and cool design that are all part of the reason behind why Chromebooks have become so popular.

Both the Kompanio 520 and 528 feature two premium Arm Cortex-A76 CPU, as well as an upgraded dual-core graphics engine. The chipset is ultimately powerful enough to support cloud gaming.

The new Kopmanio chipsets also offer display support for a resolution of up to 2560×1200 at 60Hz. And when it comes to external monitors, they can now support an external display at up to 60Hz with a 1920×1800 resolution.

Ultimately, this is great news for consumers because it means that Chromebooks are getting more powerful while staying affordable.

What’s next for MediaTek?

Despite the pandemic, MediaTek has experienced strong revenue and profit growth over the past few years. To that effect, they quadrupled their operating profit from 2019 to 2022.

At the 2022 MediaTek Summit this week in Sonoma, California, the company said that they expect moderate growth in 2023. Regardless, they’re still planning on expanding into new technologies.

To that end, MediaTek says that “they want to become a leader in Wi-Fi 7” and that they plan to increase their market share when it comes to low-power computing, automotive telematics, and 5G cloud services. In addition, they will expand into the Metaverse by powering lightweight, wireless AR glasses and wearables.

To emphasize just how committed they are to the AR space, the company showed off the upcoming PlayStation VR 2. Set to be released in February of 2023, MediaTek is providing the primary SoC (system on chip) inside of the headset.