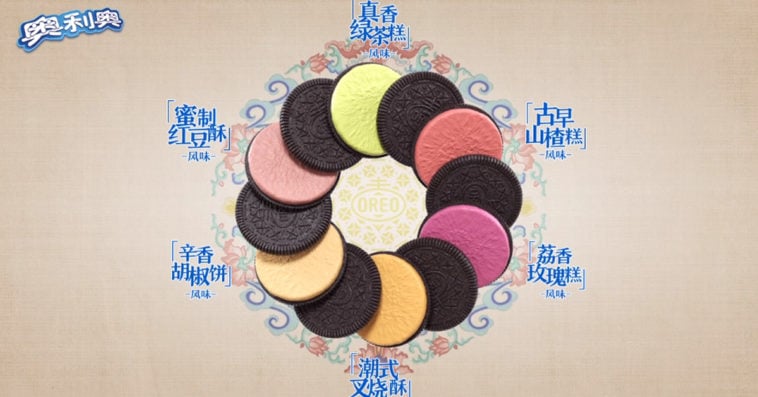 Oreo’s China Six Flavors was officially launched on Wednesday on the e-commerce platform Tmall. In conjunction with the snack’s release, Oreo and the Palace Museum — which is housed in Beijing’s Forbidden City — debuted an animated promo video that shows the Forbidden City being reconstructed with Oreos. With a hashtag that translates to “Oreo enters the Forbidden City,” the video got over 340 million views on the microblogging platform Weibo by that afternoon.

Though it’s unclear whether Oreo’s China Six Flavors will also be available in the U.S., some lucky people in the country got to taste the new Oreo flavors on Thursday when a “Moving Forbidden City”-themed van drove around New York City and introduced the latest Oreo variants to city dwellers.

Decorated with Chinese ancient elements and accompanied with Asian models in traditional Chinese clothing, the van ran through landmarks like the Times Square and the Statue of Liberty, drawing crowds of Oreo fans along the way.

According to a press release released by Oreo, one of the New Yorkers who got to taste the China Six Flavors series said, “I expect America to introduce these new flavors to local market.”

But in the event Oreo ended up not releasing these new flavors in the U.S., cookie lovers in the country still have lots of new Oreo flavors to try. As previously reported, Marshmallow Moon Oreos and Oreos Thin Latte will hit the store shelves in June; Baskin Robbins Mint Chocolate Chip Oreos will come out in July; and Maple Crème Oreos will be available in late August.