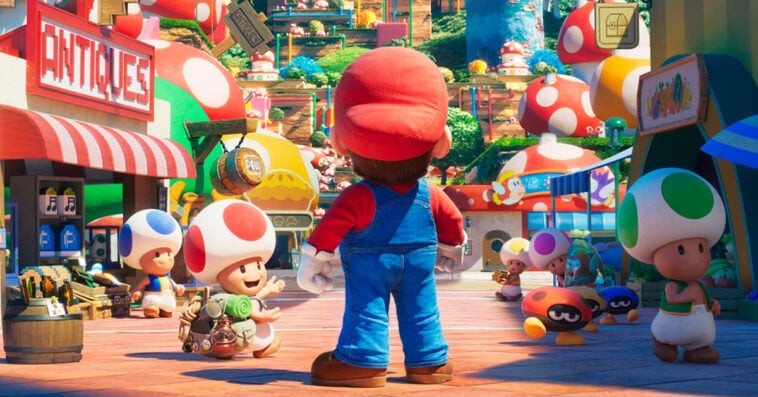 Nintendo and Illumination have unveiled a teaser poster for their upcoming Mario movie.

Released on Tuesday, the poster features an adorable piece of artwork showing off a look at the colorful and magical Mushroom Kingdom and several of its inhabitants, including different Toad characters and Mario himself.

As seen below, the poster shows Mario looking out towards Princess Peach’s castle, which sits atop a mountain overlooking a busy town of Toads. Interconnected pipes, towering mushrooms, and floating land masses can also be seen from afar. While the artwork generally gives off a fun and friendly vibe, Mario’s stance suggests that the movie is going to be a wild adventure for the character. 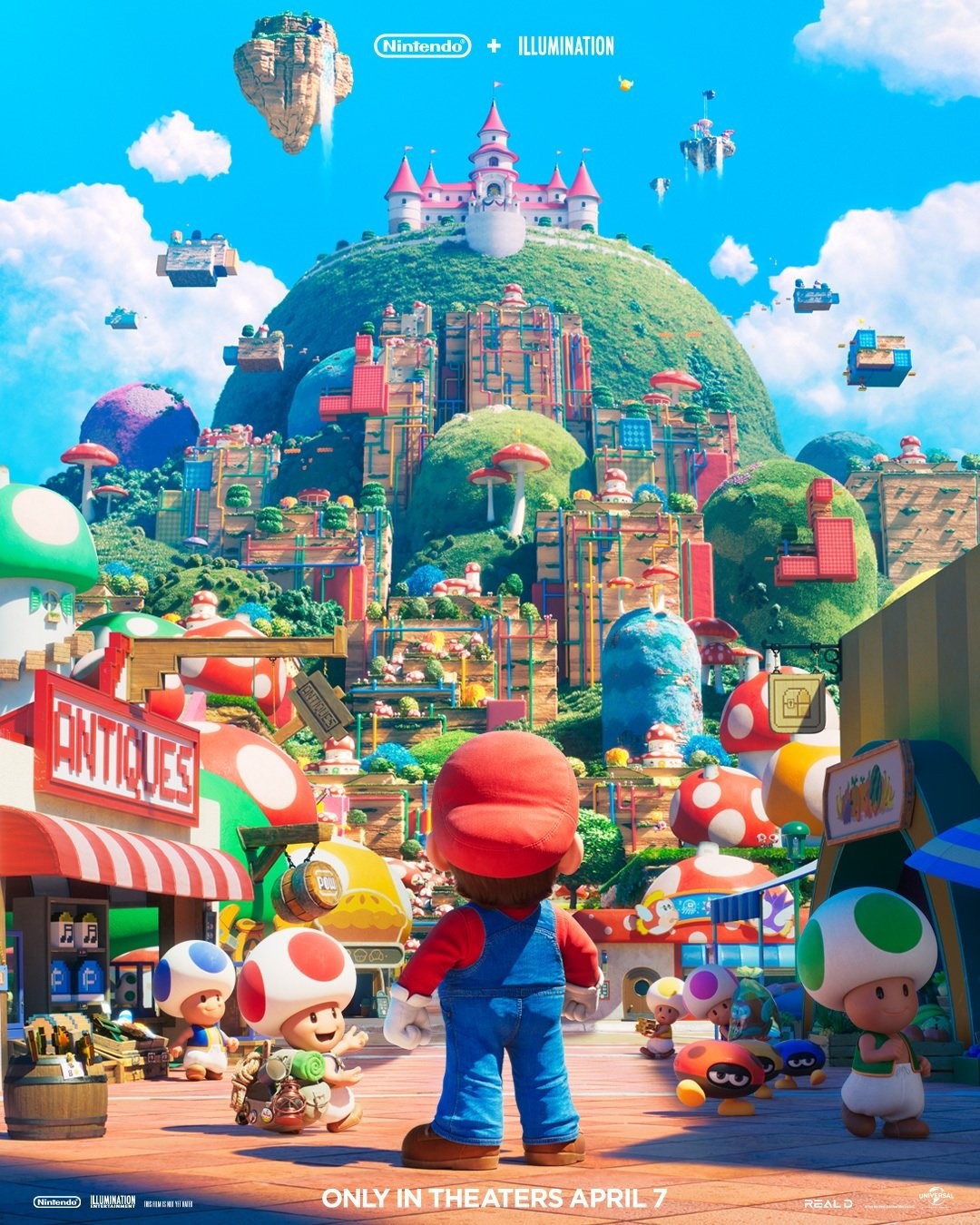 In a tweet, Nintendo advises fans to tune in at 1:05 p.m. PT (4:05 p.m. ET) on October 6th for a special Nintendo Direct that coincides with the release of the official trailer for the film.

What is the Mario movie about?

Plot details about the yet-to-be-titled film are being kept under wraps, but it is directed by Aaron Horvath and Michael Jelenic from a screenplay by Matthew Fogel, whose writing credits include 2019’s The LEGO Movie 2: The Second Part and the 2022 feature Minions: The Rise of Gru.

Who will star in the Mario movie?

As announced during the Nintendo Direct presentation in September 2021, Chris Pratt (Guardians of the Galaxy) will voice Mario in the new movie, with Anya Taylor-Joy (The Queen’s Gambit), Charlie Day (It’s Always Sunny in Philadelphia), and Jack Black (School of Rock), lending their pipes to Princess Peach, Luigi, and Bowser, respectively.

Also included in the voice cast are Seth Rogan (This is the End) as Donkey Kong, Keegan-Michael Key (Key and Peele) as Toad, Fred Armisen (Portlandia) as Cranky Kong, Kevin Michael Richardson (Mortal Kombat) as Kamek, and Sebastian Maniscalco (Green Book) as Foreman Spike. Charles Martinet, who has voiced Mario in various Nintendo video games since the 1990s, will also appear in the film for “surprise cameos.”

When will the Mario movie come out?

The film is set to open in U.S. theaters on April 7th, 2023. The movie was originally set to make its theatrical release on December 21st, 2022, but in April 2021, Nintendo of America’s official Twitter account shared a statement from film producer Shigeru Miyamoto, announcing the move of the movie’s release date to April 2023. Miyamoto did not offer an explanation for the delay but promised fans that the end result would be worth the extra time it takes to finish the movie.

“This is Miyamoto. After consulting with Chris-san, my partner at Illumination on the Super Mario Bros. film, we decided to move the global release to Spring 2023–April 28 in Japan and April 7 in North America,” said Miyamoto, mentioning his fellow movie producer Chris Meledandri. “My deepest apologies but I promise it will be well worth the wait.”

The Mario movie will be available to stream on Peacock 45 days after its theatrical release.