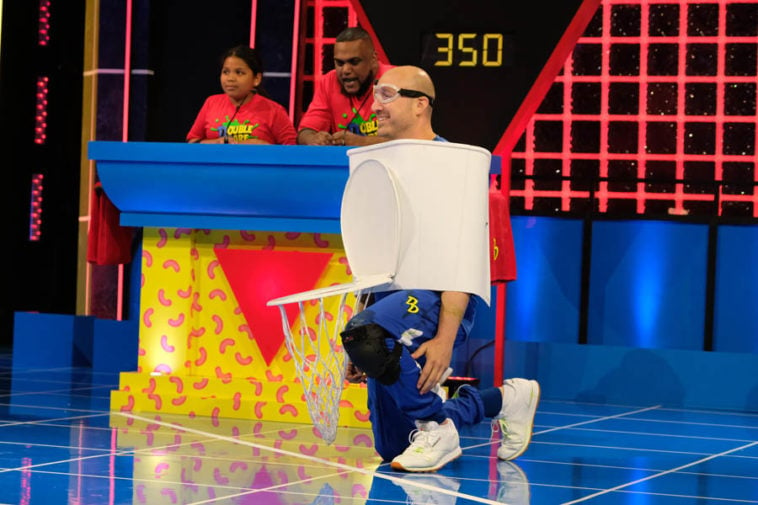 Nickelodeon’s hit series Double Dare is going on the road. Just months after reviving the game show, the network is now planning to send Marc Summers and Robin Russo on a North American tour.

Double Dare first started production in 1986, however, in 1993 the show was canceled. Since returning to TV earlier this year, the show has already made major inroads as it now ranks as one of the top three shows among 6 to 11-year-old kids.

The premise of the show revolves around the idea of two teams competing to win prizes by successfully completing wacky physical challenges as well as occasionally answering brain teasers.

Tickets for Double Dare Live go on sale this upcoming Friday (August 24th). According to the official website, the tour is expected to start on October 30th in Fayetteville, NC. Other stops include Ohio, Maryland, Virginia, Wisconsin, Indiana, New York, and many more.