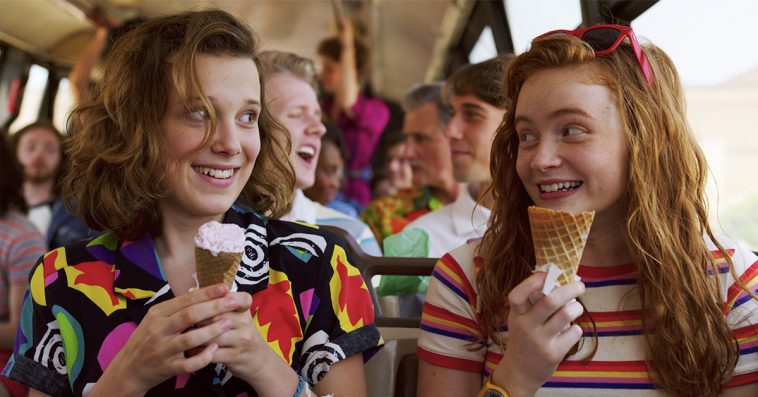 Netflix officially renewed Stranger Things for a fourth season last month, and while the show won’t likely return until July next year, the streaming giant has given fans a little something to look forward to next week.

The See What’s Next Twitter account, one of the many accounts run by Netflix on the microblogging site, posted a blooper from the third season of Stranger Things on Wednesday. The 40-second clip shows David Harbour having a hard time getting through a scene with Finn Wolfhard and Millie Bobby Brown without laughing. Though the blooper is really fun to watch, it’s the text on the tweet that has caught the attention of fans.

If you like this blooper from #StrangerThings Season 3 just wait until you see what @Stranger_Things has in store for you on November 6! pic.twitter.com/tUt8TFgGD7

While a lot of fans are hoping that this surprise will be the release window announcement for the show’s fourth season or some sort of a teaser of what’s to come, ComicBook.com reported that it could be something less major than those two.

The official Twitter account for the Stranger Things writer’s room has been tweeting about the Season 3 blooper reel for quite some time. Earlier this year, the Twitter account said that it would unveil a blooper if it reached 500,000 followers. Shortly after that happened, the abovementioned blooper was shared by the account, adding that it could release some more if fans would “ask nicely.”

Given all these, it looks like the surprise on November 6th is going to be a full-blown blooper reel, which is really something that fans have been asking for.