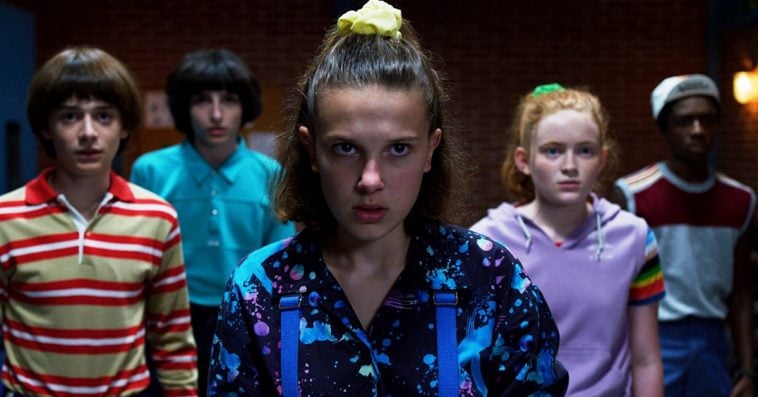 It’s official: Stranger Things is coming back for another season on Netflix.

The streaming giant announced on Monday that it renewed the sci-fi horror series for a fourth season and signed its creators, the Duffer Brothers (Matt and Ross), to a multi-year film and TV overall deal that is reportedly worth nine figures.

“The Duffer Brothers have captivated viewers around the world with Stranger Things and we’re thrilled to expand our relationship with them to bring their vivid imaginations to other film and series projects our members will love,” Netflix chief content officer Ted Sarandos said in a statement. “We can’t wait to see what the Duffer Brothers have in store when they step outside the world of the Upside Down.”

In a joint statement, the Duffer Brothers recalled how Netflix execs put their trust in Stranger Things without knowing that it would become a hit.

“We are absolutely thrilled to continue our relationship with Netflix. Back in early 2015, Ted Sarandos, Cindy Holland, Brian Wright and Matt Thunell took a huge chance on us and our show — and forever changed our lives,” the Matt and Ross said. “From that first pitch meeting to the release of Stranger Things 3, the entire Netflix team has been nothing short of sensational, providing us with the kind of support, guidance and creative freedom we always dreamed about. We can’t wait to tell many more stories together — beginning, of course, with a return trip to Hawkins!”

The fourth season renewal of Stranger Things doesn’t come as a surprise to fans, as it is considered by many as Netflix’s most popular scripted original series. Though the streaming service does not typically release viewership data, it announced on July 8th that some 40.7 million household accounts had watched part of the show’s Season 3 since its July 4th launch — that’s “more than any other film or series” in its first four days on the platform. The streamer also pointed out at that time that 18.2 million households had already finished the entire season.

Additionally, critics love the series so much that it remains an awards contender. So far, it has collected 18 Emmy nominations (winning five), five Golden Globe nods, and a Peabody Award nom, just to name a few.

A return date for Stranger Things Season 4 has not yet been determined.