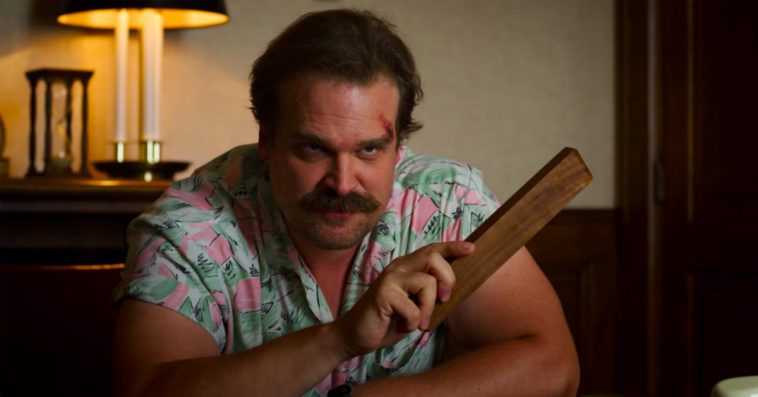 Netflix has announced the fourth-season renewal of Stranger Things with a brand new teaser that seems to provide clues about the fate of one of the show’s beloved character.

The 35-second video announcement starts with a shortened version of the show’s iconic title sequence, followed by a creepy, lingering shot of the woods somewhere in the Upside Down. Some of the visible elements in the shot include a newspaper, a clock hanging on a tree, and a Welcome to Hawkins sign. There’s also a noticeable light coming from a far, which, according to some fans, could be David Harbour’s Jim Hopper.

IS THAT?? HOPPER’S CABIN???? pic.twitter.com/s5LIMpb3Mm

WAIT IS THAT FUCKING HOPPER 🥺😭😭😭😭😭 pic.twitter.com/V1FpDDgXXH

AM I TRIPPING OR IS THAT THE CABIN AND THATS HOPPER ON THE WOODEN STAIRS HOLDING THE FLASHLIGHT pic.twitter.com/Iny9kmTLHZ

i stg if it’s not hopper pic.twitter.com/GPHbn6Gric

At the end of Season 3, Hopper was assumed dead following the explosion of the Russian machine used to open a portal to the Upside Down. So if that is really Hopper in the teaser, then it somehow confirms that Hawkins’ fearless sheriff is still alive and is just transported to the Upside Down.

If the above theory is correct, then the mysterious American prisoner locked up in the secret facility in Russia — which was teased in the post-credits scene at the end of Season 3 — is not the Hopper but someone else.

One of the possible identities of the American prisoner is Dr. Martin Brenner (Matthew Modine), aka Eleven’s “father.” Season 2 revealed that Brenner is not dead yet, despite his apparent demise at the claws of the Demogorgon back in Season 1.

Whatever Hopper’s fate is, it looks like Stranger Things fans are in for another exciting summer treat, as much of the action in the next season is expected to happen outside of Hawkins.

Netflix has yet to announce a return date for Stranger Things Season 4.