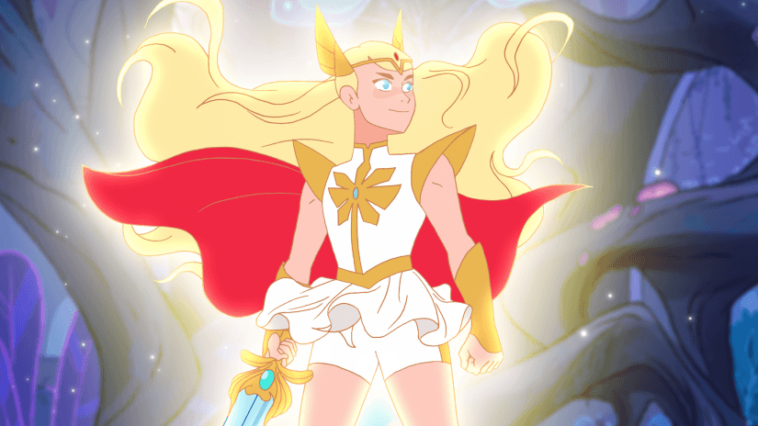 “For the honor of Grayskull,” roared She-Ra in a newly released teaser promoting the upcoming Netflix reboot.

Produced by DreamworksTV, the reboot, titled She-Ra and the Princesses of Power, will feature many familiar faces, including Catra, Bow, Shadow Weaver, Glimmer, and many others.

Back in July, DreamworksTV and Netflix gifted fans a sneak peek into its new character designs, and many on social media were outraged. Although characters had been “rebooted to be younger and reflect the show’s primary audience,” according to reports, some still decried the new She-Ra as “no longer sexy.”

The newly released teaser gives us a small glimpse into Princesses of Power. In it, fans get to see what the Adora to She-Ra transformation will look like in the upcoming series. Sources say actress Aimee Carrero – best known for her role in Disney’s Elena of Avalor – will voice She-Ra. Karen Fukuhara – Suicide Squad’s Katana – will voice Glimmer, while AJ Michalka and Marcus Scribner will be responsible for Catra and Bow, respectively.