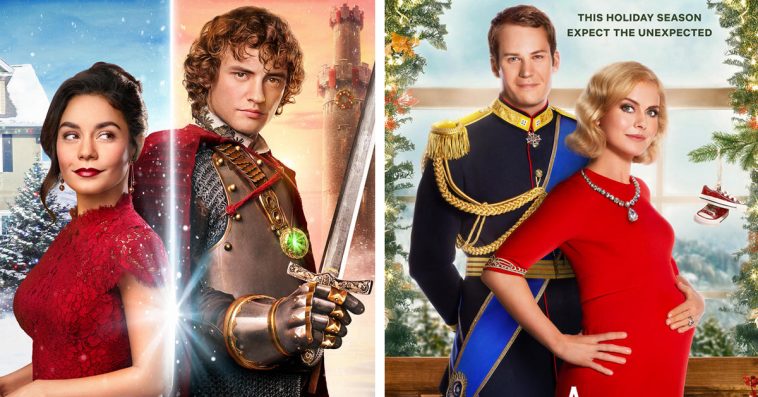 Below is the full list of new holiday titles that will be added to the streaming service’s library in November and December.

#1 Holiday in the Wild (November 1st) 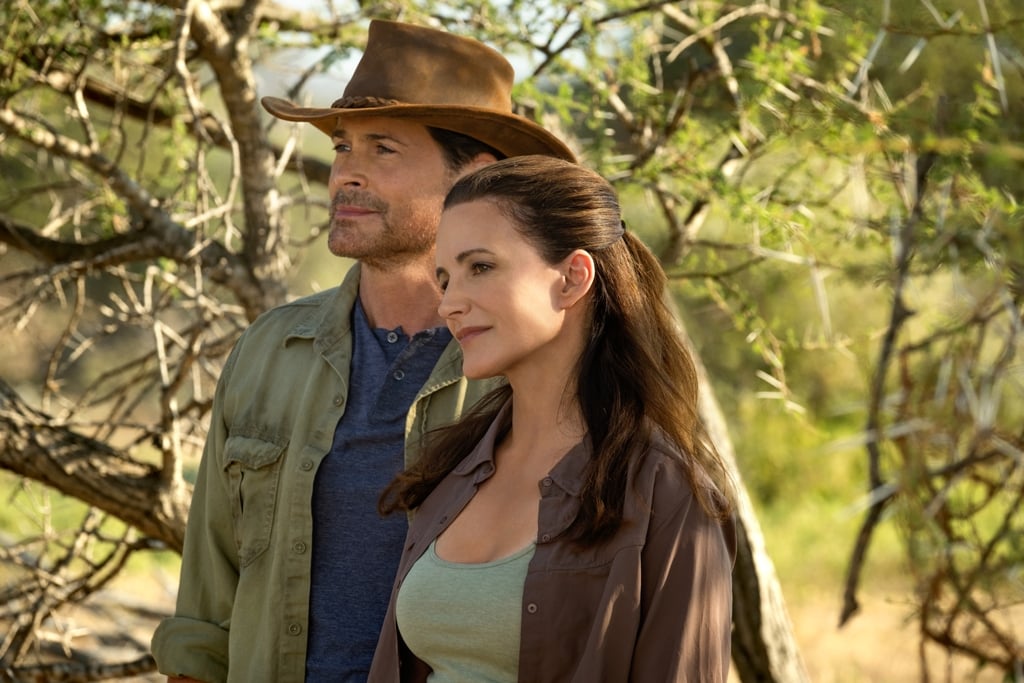 This Christmas romantic comedy film follows Manhattanite Kate Conrad (Kristin Davis) who books a “second honeymoon” with her husband to keep her spirits high when their son leaves for college. But instead of thanking her, he brings their relationship to a sudden end. Heartbroken, Kate proceeds to Africa for a solo safari, where she unexpectedly develops feelings for her pilot Derek Holliston (Rob Lowe). 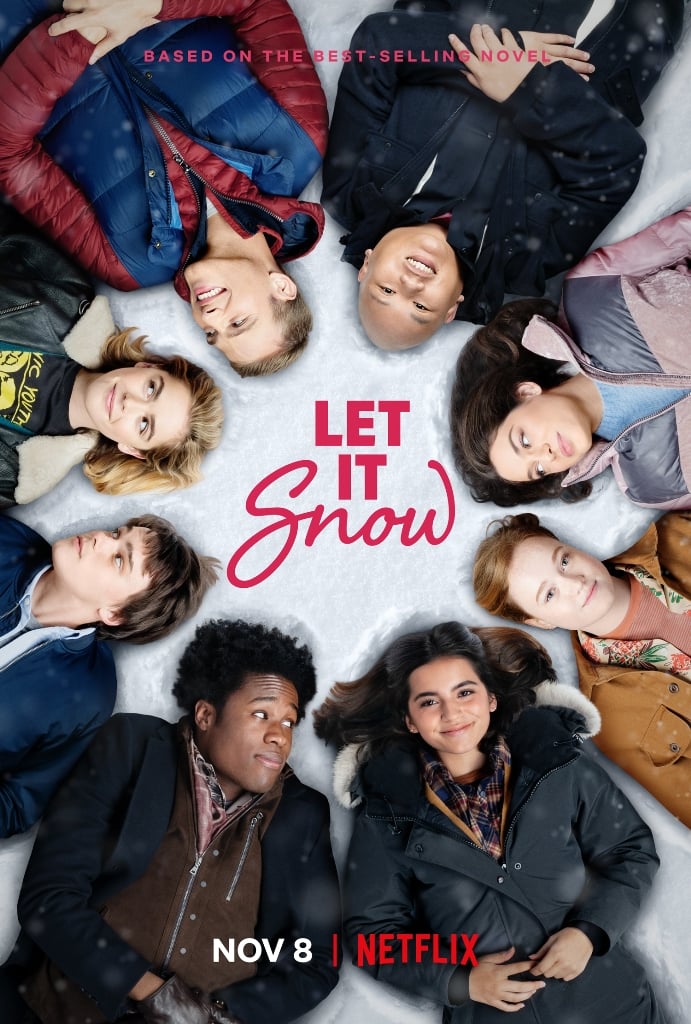 Directed by Sergio Pablos, this animated Christmas comedy film tells the story of Jesper (Jason Schwartzman) who is stationed on a frozen island above the Arctic Circle after he was named as the postal academy’s worst student. Because of the island’s feuding locals who hardly exchange words let alone letters, Jesper thinks of giving up until he finds an ally in local teacher Alva (Rashida Jones), and meets Klaus (J.K. Simmons), a mysterious carpenter who lives alone in a cabin full of handmade toys. Their unlikely friendship brings laughter to the island, forging a new legacy of generous neighbors, magical lore and stockings hung by the chimney with care.

#4 The Knight Before Christmas (November 21st) 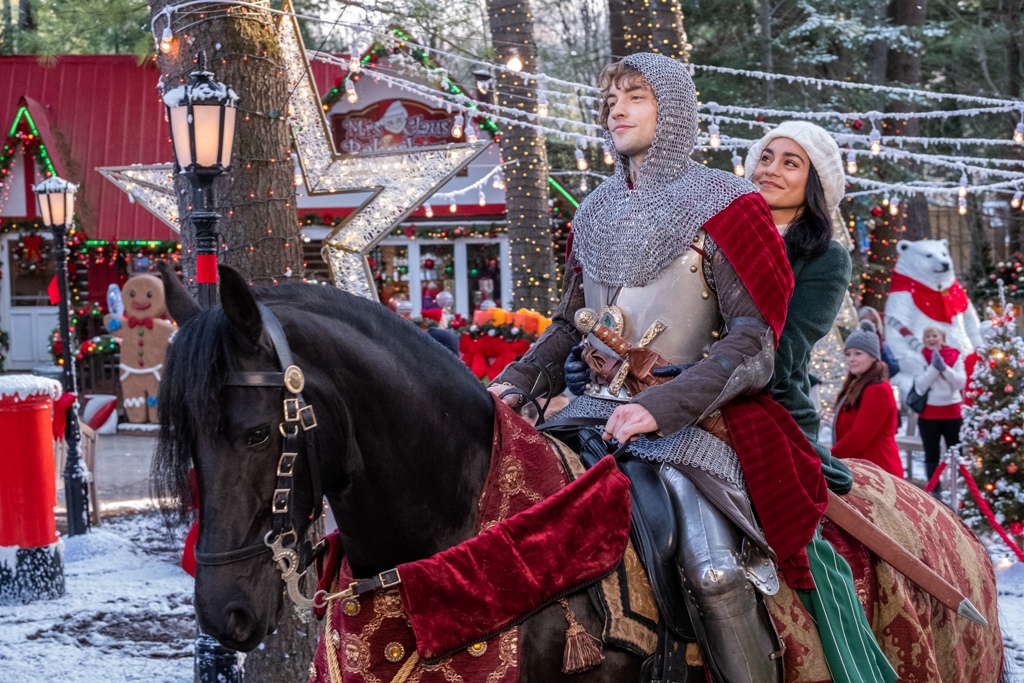 This comedy movie follows medieval knight Sir Cole (Josh Whitehouse) who’s transported to present-day Ohio during the holiday season. He befriends clever and kind science teacher Brooke (Vanessa Hudgens) who helps him discover how to fulfill his mysterious one true quest — the only act that will return him home. But as he and Brooke grow closer, Sir Cole begins to wonder just how much he wants to return to his old life. 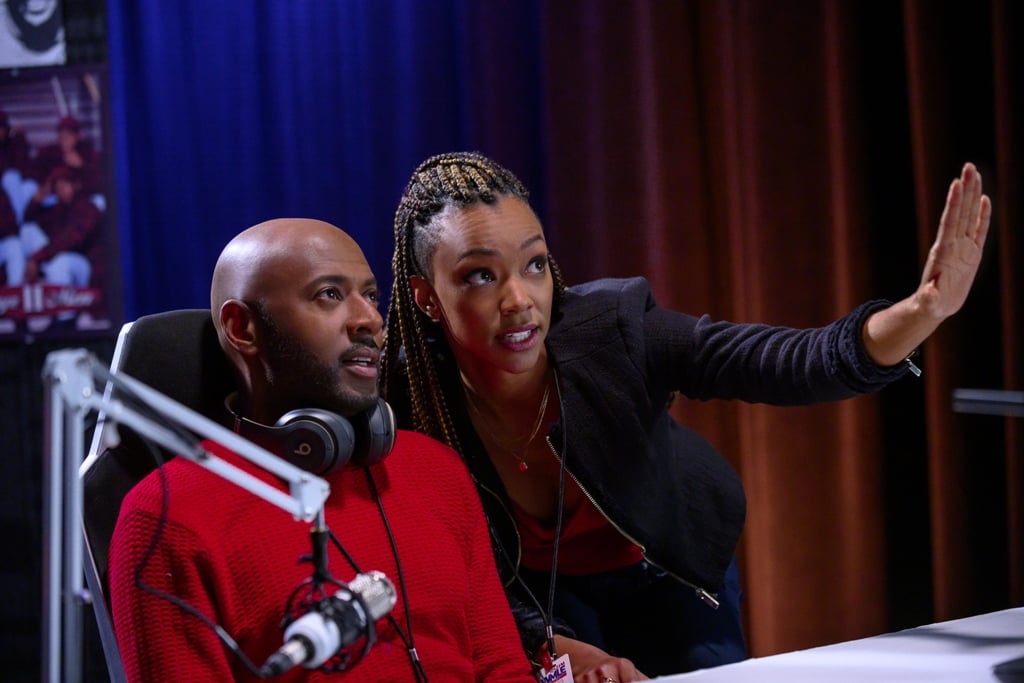 This heartwarming film tells the story of widower and popular New York radio DJ Rush Williams who loses his job just as his four spoiled children share their pricey Christmas lists with him. To keep him on the air, Rush’s producer Roxy Richardson (Sonequa Martin-Green) and his Aunt Jo (Darlene Love) plan to help him buy another radio station. But that can only be possible if his family can downsize fast and embrace a simpler life. 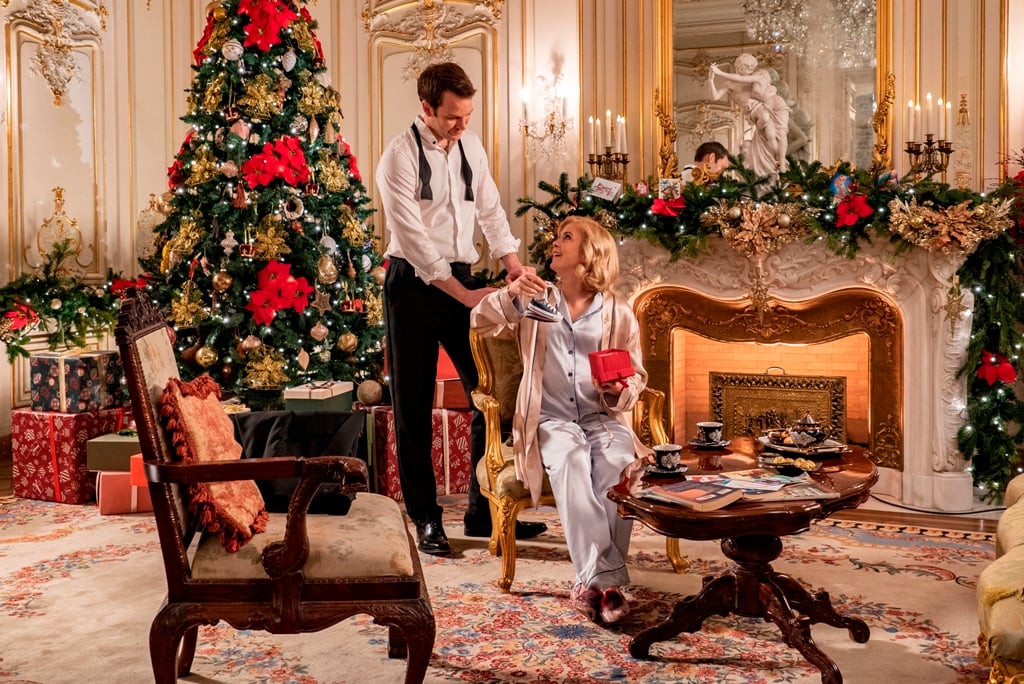 A sequel to the 2018 movie A Christmas Prince: The Royal Wedding, this movie finds pregnant Queen Amber (Rose McIver) and King Richard (Ben Lamb) getting ready to host King Tai (Kevin Shen) and Queen Ming (Momo Yeung) of Penglia to renew a 600-year-old sacred truce. But when the priceless treaty goes missing, peace is jeopardized and an ancient curse looms. Queen Amber will have to figure out who the thief is for the safety of her family and the kingdom before the clock strikes midnight on Christmas Eve. 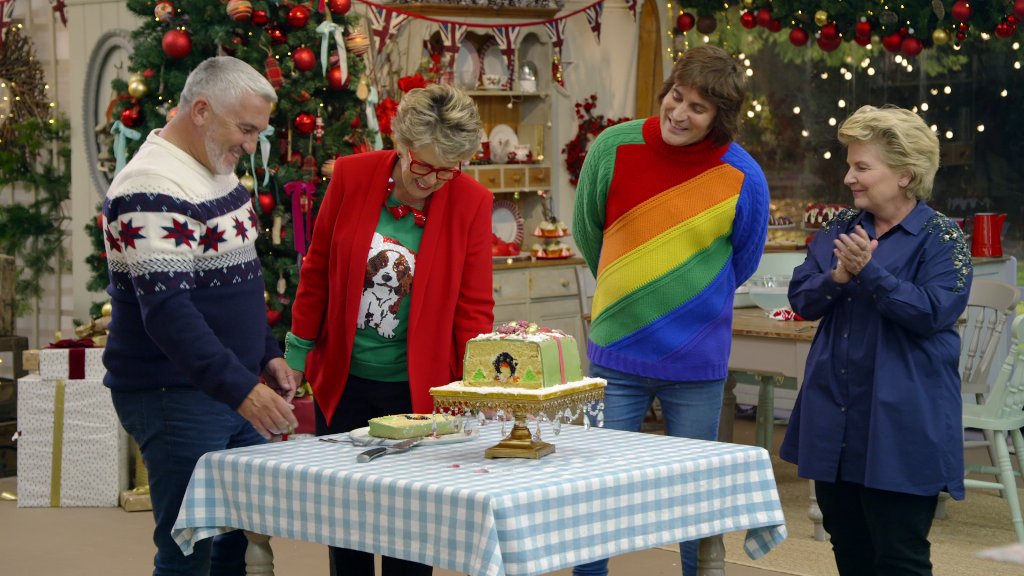 Fan-favorite former competitors of the long-running British television baking competition return to create their special festive treats that will be judged by Paul Hollywood and Prue Leith. 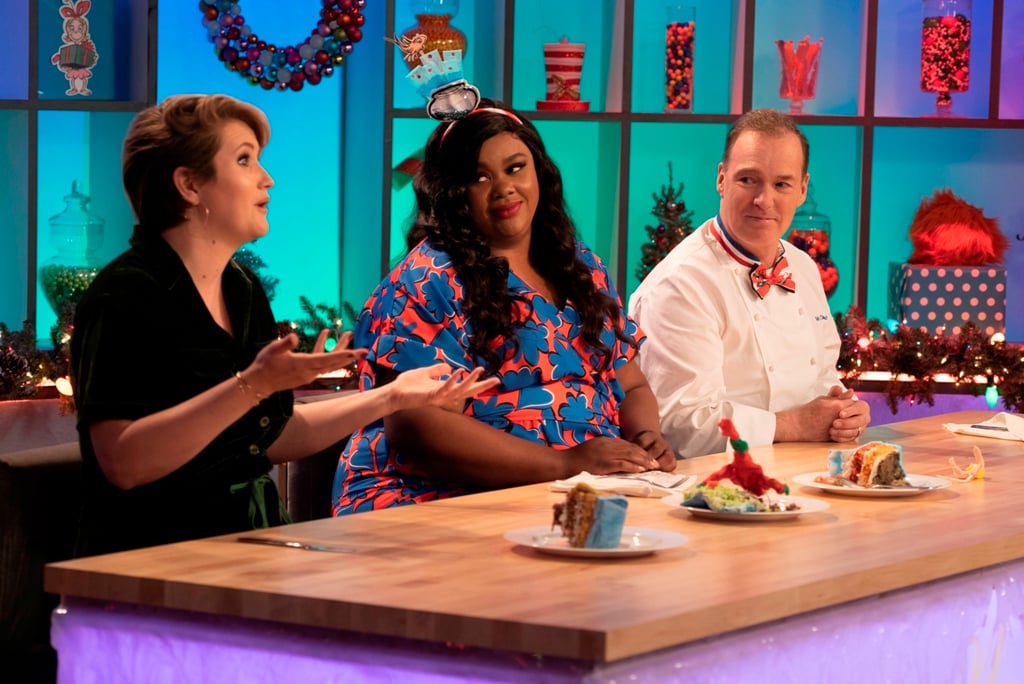 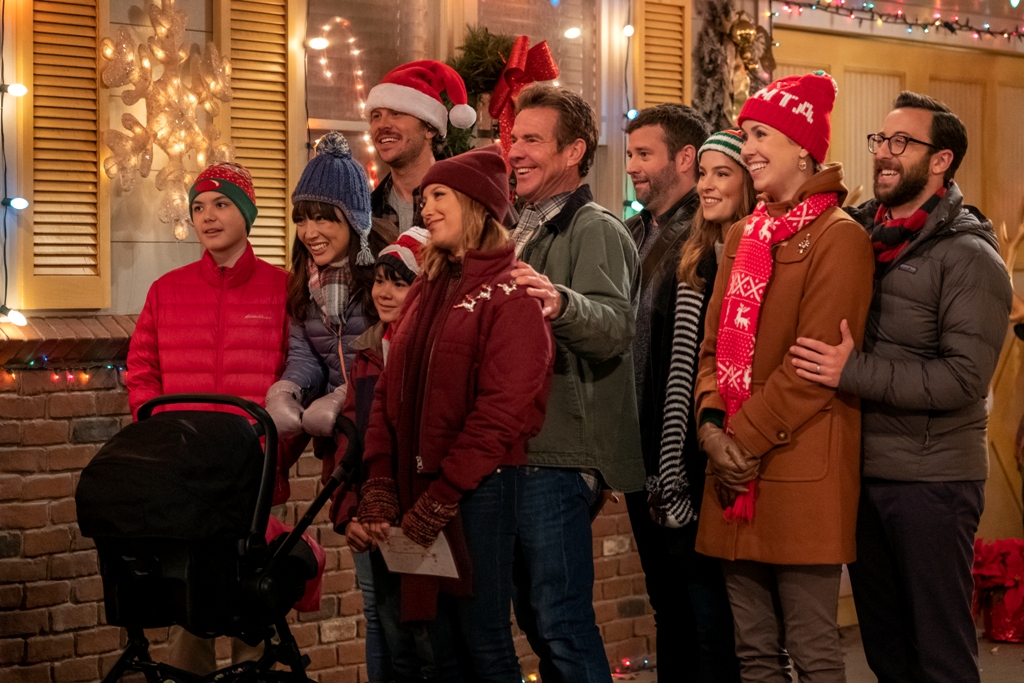 Set during the happy but hectic days before and after Christmas, this dark-comedy series follows Don Quinn (Dennis Quaid), a strong-willed patriarch from Philadelphia doing his best to balance the stress of the holidays with the demands of his close-knit but eclectic family. But when his youngest daughter Emmy (Bridgit Mendler) arrives home from L.A. with a new boyfriend, struggling musician Matt (Brent Morin), Don’s belief that “there’s the Quinn way… and the wrong way” is put to the test. 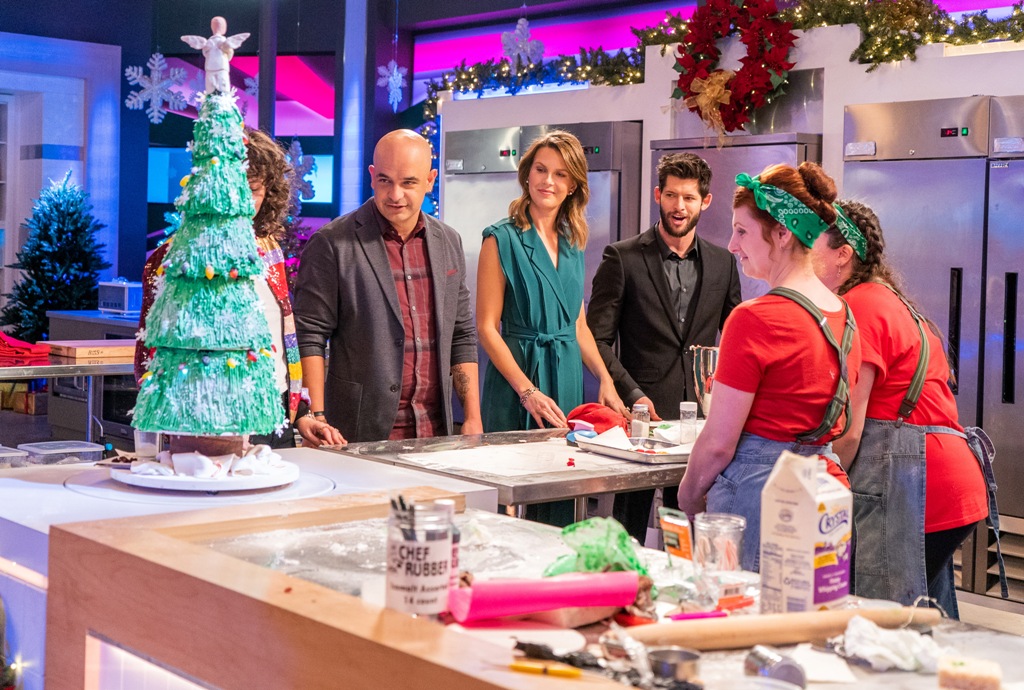 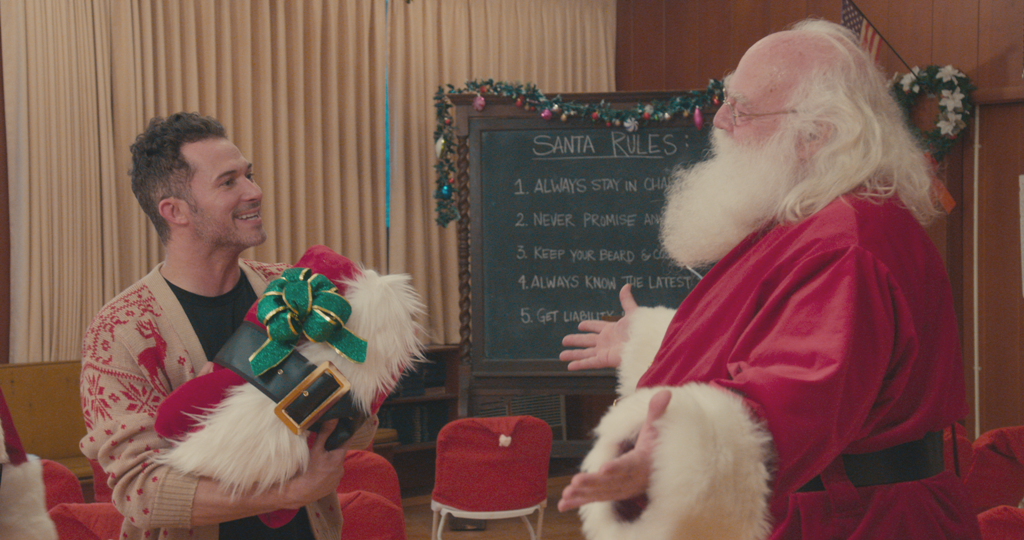 In this Holiday episode of the reality web series, comedian and magician Justin Willman embraces the Christmas spirit by visiting Santa school and teaching kids about the magic of giving. 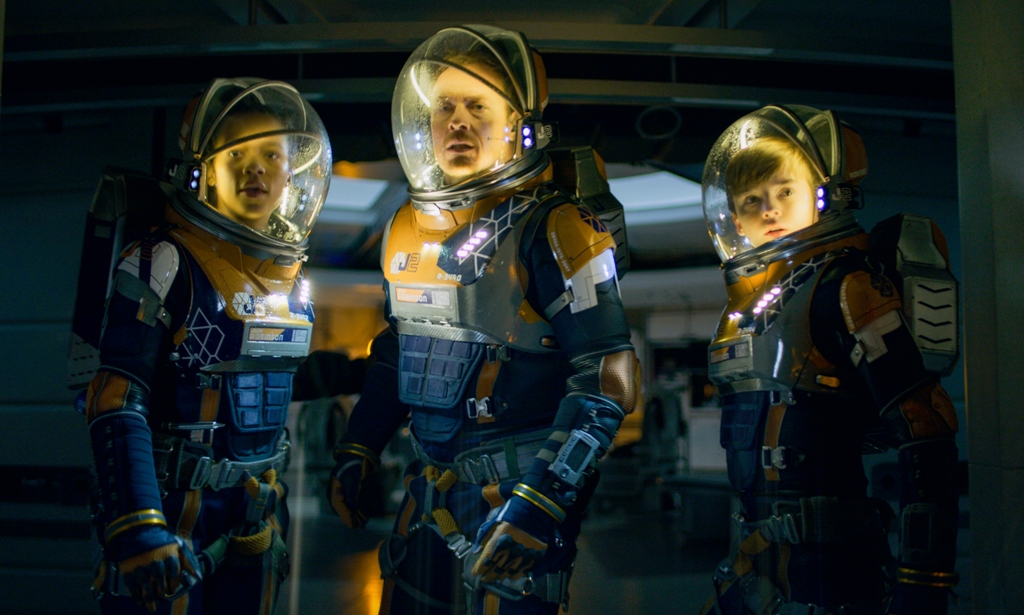 With the Jupiter 2 stranded on a mysterious ocean planet without their beloved Robot (Brian Steele), the Robinsons must work together, alongside the mischievous and manipulative Dr. Smith (Parker Posey) and the always charming Don West (Ignacio Serricchio), to make it back to the Resolute and reunite with the other colonists. 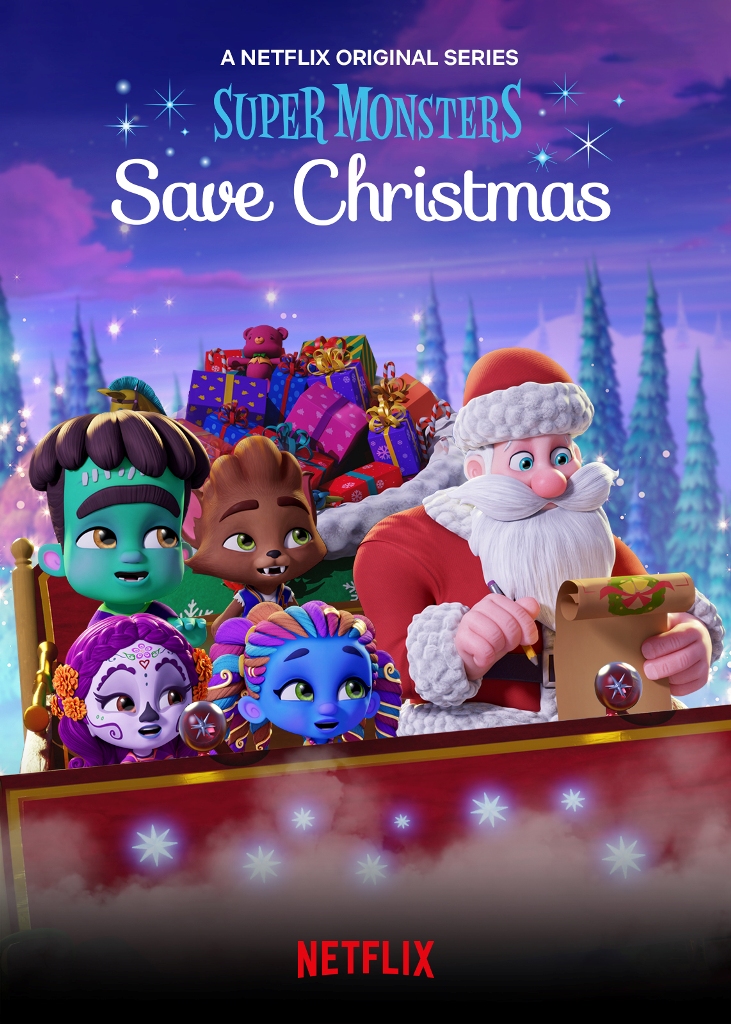 This Christmas Special of Super Monsters sees the titular heroes help Santa find his missing reindeer and save the holiday. 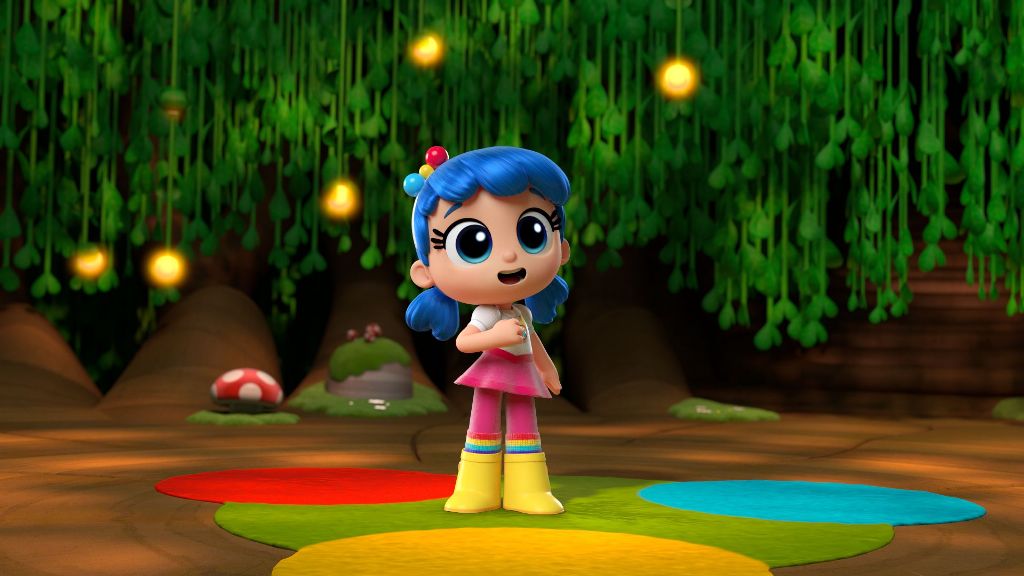 In this Christmas special of the animated series True and the Rainbow Kingdom, residents of the Rainbow Kingdom gather to celebrate Winter Wishfest, but when Forever Frost escapes the Ice Kingdom, everyone is worried that the special day might get ruined. 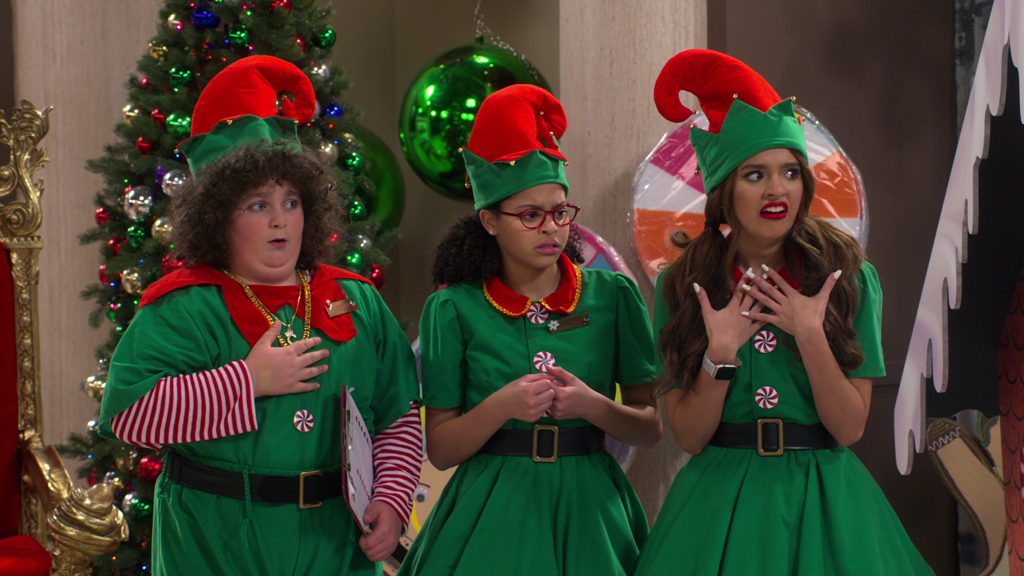 To try to help Amber (Alison Fernandez) get through her first Christmas since her mom passed away, Kaylie (Bryana Salaz) decides to try and buy Amber the dollhouse she always wanted. Without any money, Kaylie takes a job with Chewy (Elie Samouhi) and Jackie (Symera Jackson) working as an elf for the local mall Santa. 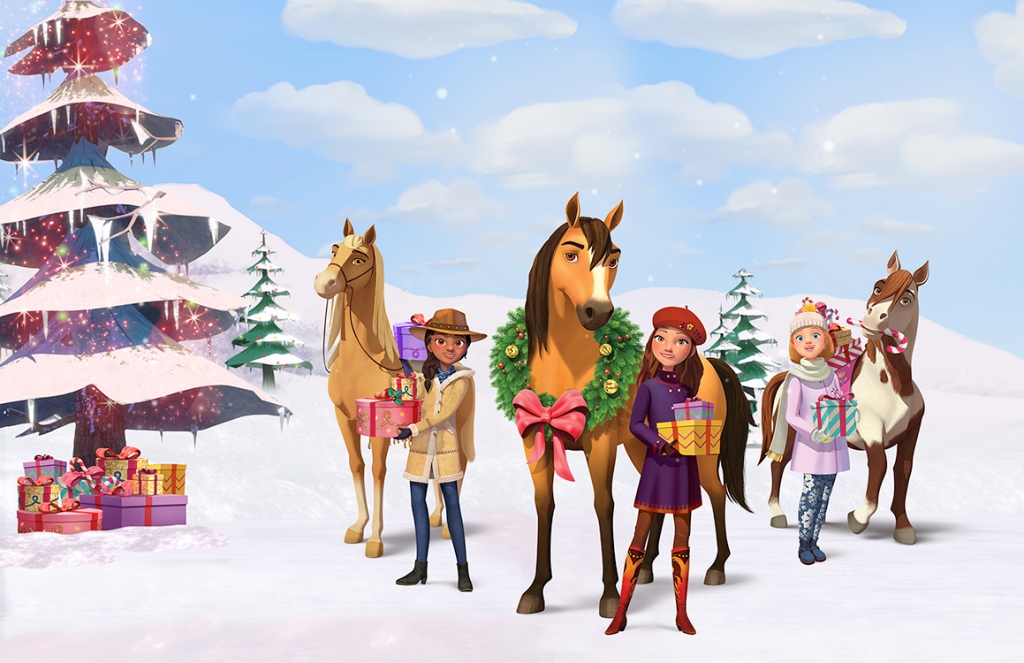 In this Christmas special of the animated series the animated series, Lucky (Amber Frank) and her friends embark on a Christmas Eve adventure into the city to find the perfect gift, but their return to Miradero for the holiday festivities are ruined when as avalanche derails their plans. 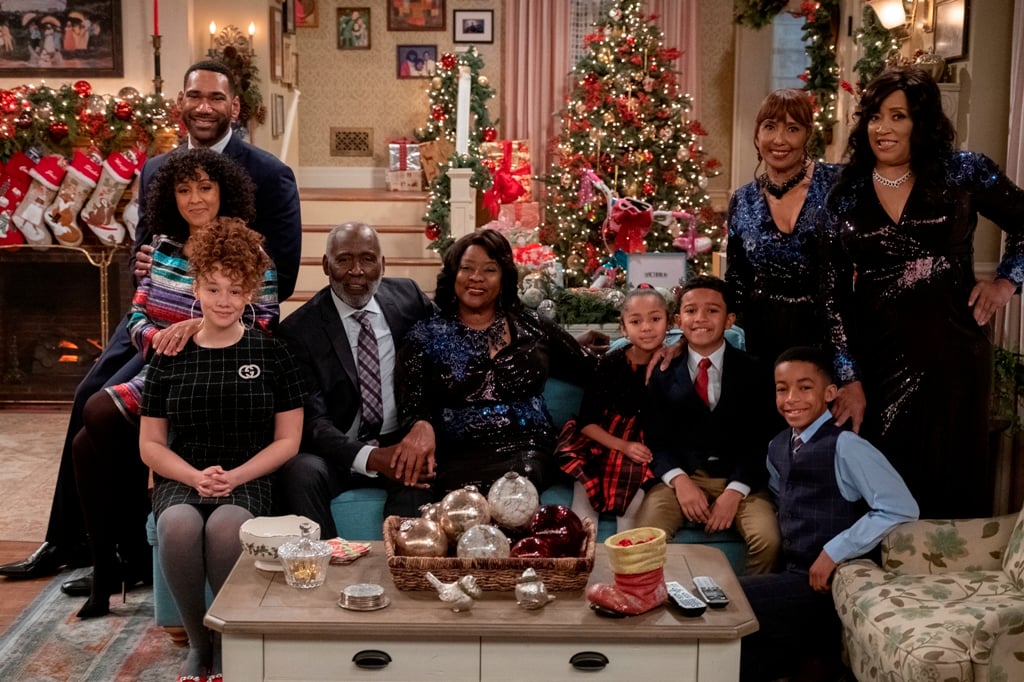 This Christmas special of the sitcom Family Reunion sees the McKellans facing the ghosts of Christmas past that leads to them realizing the importance of family, forgiveness, and empathy. 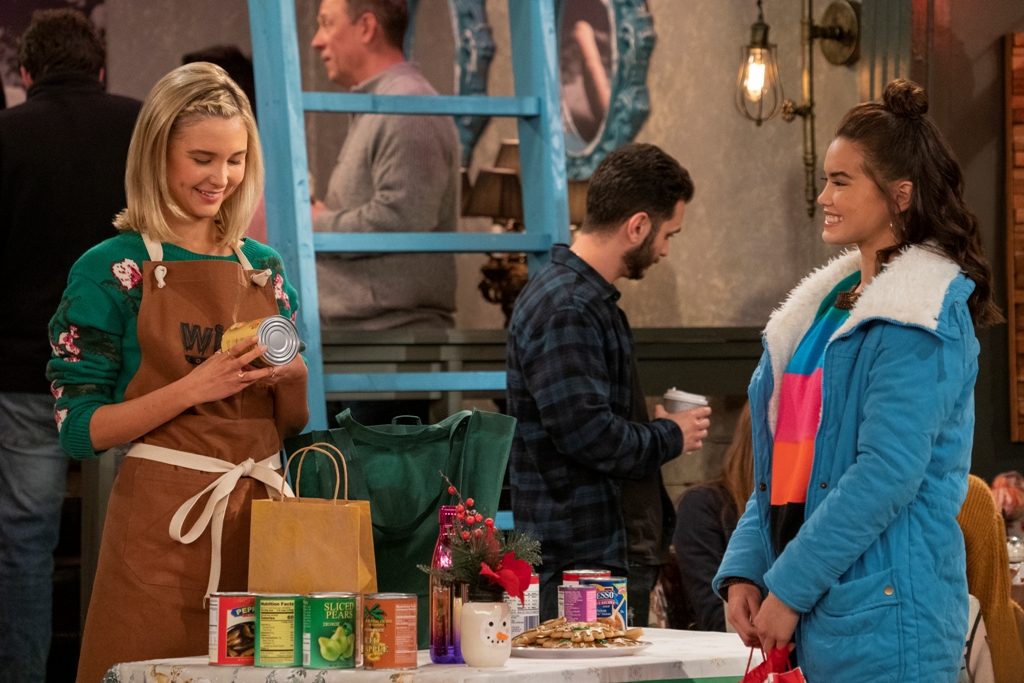 When Alexa (Paris Berelc) realizes that Spencer has been pulling away from her because he’s started to lose his hair from chemo, her ex-boyfriend Dylan becomes the last thing on her mind and jumps at the chance to help Spencer through this milestone. Katie (Isabel May), meanwhile, runs a canned food drive at Wired.