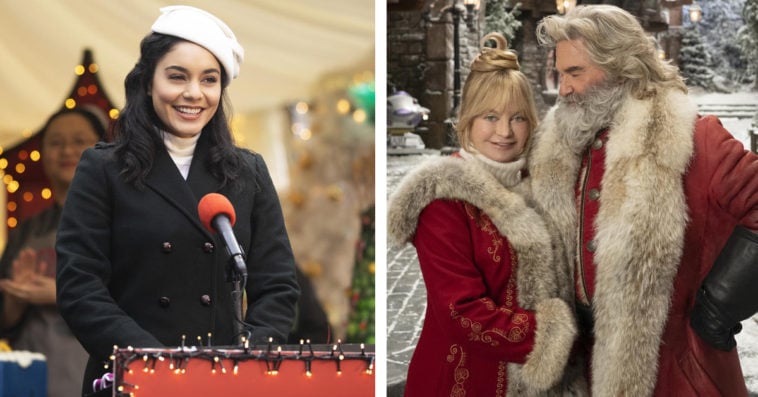 Halloween has yet to come, but Netflix is already set for this year’s Christmas season. The streaming service has unveiled its full 2020 holiday slate on Wednesday, and it includes sequels to three Christmas movies released on the streamer in recent years.

Dropping on November 19th is the follow-up to the 2018 romantic comedy film The Princess Switch. Titled The Princess Switch: Switched Again, the sequel finds Duchess Margaret of Montenaro (Vanessa Hudgens) hitting a rough patch with her boyfriend Kevin (Nick Sager). Margaret’s double, Princess Stacy of Belgravia (also played by Hudgens), tries to get the star-crossed lovers back together, but the arrival of a handsome royal whose intent on stealing Margaret’s heart complicates her plans. Things get more out of hand when Margaret’s outrageous party girl cousin, Fiona (also played by Hudgens), a third look-alike, makes a surprise visit.

The Christmas Chronicles 2, meanwhile, is set to arrive on the streamer on November 25th. Set two years after the original 2018 film, the sequel finds Kate (Darby Camp) reluctantly spending Christmas in Cancun with her mom’s new boyfriend and his son Jack (Jahzir Bruno). Unwilling to accept this new version of her family, Kate decides to run away. But when a mysterious, magical troublemaker named Belsnickel threatens to destroy the North Pole and end Christmas for good, Kate and Jack unexpectedly pulled into a new adventure with Santa Claus (Kurt Russell).

Another sequel that will be released as part of Netflix 2020 holiday slate is the animated movie Angela’s Christmas Wish (December 1st). A follow-up to the 2017’s Irish-Canadian animation film Angela’s Christmas, the movie is a heart-warming tale of a determined little girl who sets out to reunite her family in time for Christmas. Based on characters from Pulitzer Prize-winning author Frank McCourt, it is a tender and funny story about the importance of family and togetherness.

READ  Star Trek: Discovery Season 3 release date may be pushed back due to the coronavirus
ADVERTISEMENT
ADVERTISEMENT

On the original TV series front, Netflix is releasing rom-com Dash & Lily on November 10th. Based on the young adult book series Dash & Lily’s Book of Dares from the New York Times bestselling authors Rachel Cohn and David Levithan, the series tells a whirlwind holiday romance that develops between a cynical young man named Dash (Austin Abrams) and an optimistic young lady named Lily (Midori Francis) as they trade dares, dreams, and desires in the notebook they pass back and forth at locations all across New York City.

Other original scripted series coming to Netflix this December as part of its holiday slate include the South African comedy-drama How to Ruin Christmas: The Wedding and season 2 of the heartfelt Norwegian series Home for Christmas.

Aside from a bunch of animated Christmas specials, Netflix is also adding some third-party Christmas movies to its library throughout the month of November. These include Christmas Break-In, A Very Country Christmas, Hometown Holiday, Christmas with a Prince, and many others.