First unveiled on Thursday, the Nerf Hyper series uses Hyper rounds that are about one-third smaller than the rounds used in Nerf Rival Curve Shot blasters. With the smaller-sized Hyper rounds, Nerf Hyper blasters are quicker to reload and have a bigger onboard capacity. In the volume where players could previously house 25 Rival rounds, they can now fit 100 Hyper rounds, allowing them to play three times as long before having to reload. 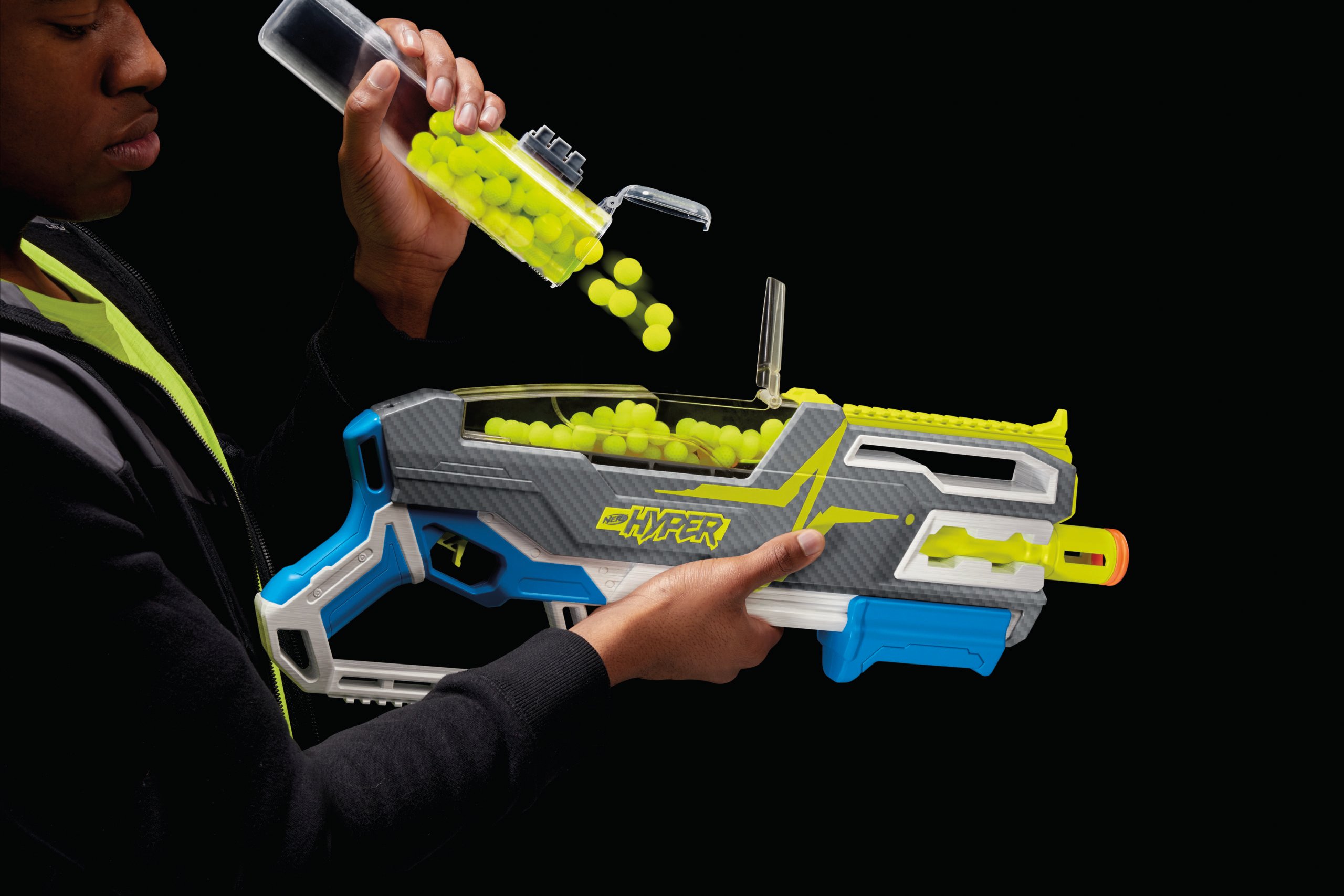 Made with an all-new material developed specifically for high performance, Hyper rounds also move through the air at a speed significantly faster than rounds from earlier series blasters.

The Nerf Hyper series also features all-new reload canisters that allow players to load up to 100 rounds in just seconds. 50-Round and 100-round reload canisters will be available for $12 and $20, respectively, and both can be attached to tactical rails for fast and easy reloads. 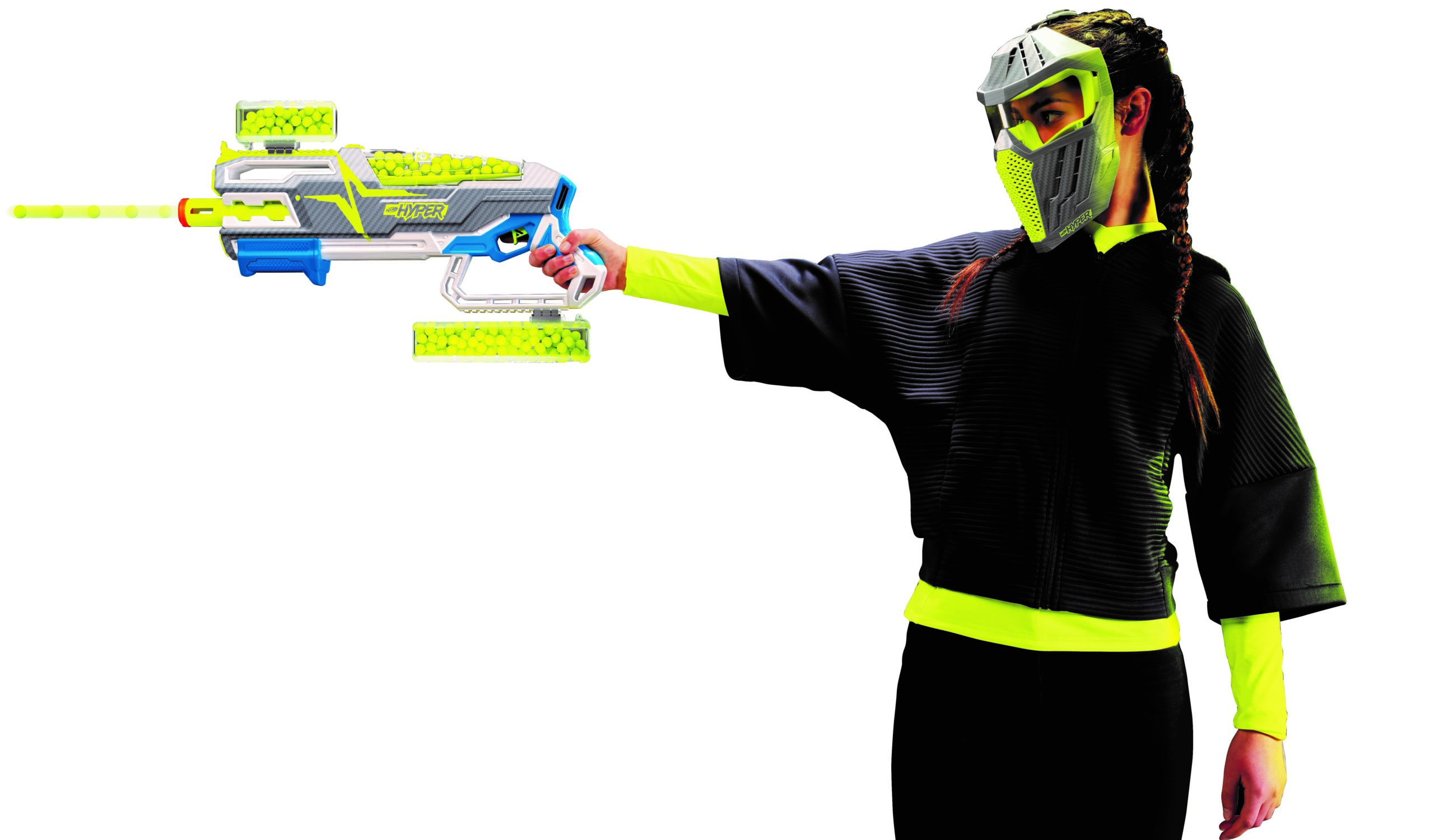 The smallest in the series, the Nerf Hyper Rush-40 is a spring-action, 40-round blaster whose entire slide (including its integrated hopper) should be pulled back to fire a single shot.

The Nerf Hyper Siege-50, meanwhile, holds 50 rounds and works as a pump-action shotgun.

Lastly, the flagship blaster of the series, the Nerf Hyper Mach-100 is fully automatic with an SMG design. It requires D batteries to spit out foam balls from its 100-round hopper.

Engineered for velocity, all three Nerf Hyper blasters fire rounds at the extreme speed of up to 110 feet per second. So, to ensure the safety and protection of the players, the toy range, which is only suitable for ages 14 and up, includes face masks that are available in blue and green colors.

The Nerf Hyper series doesn’t have an exact release date yet but is confirmed to hit stores sometime this year.