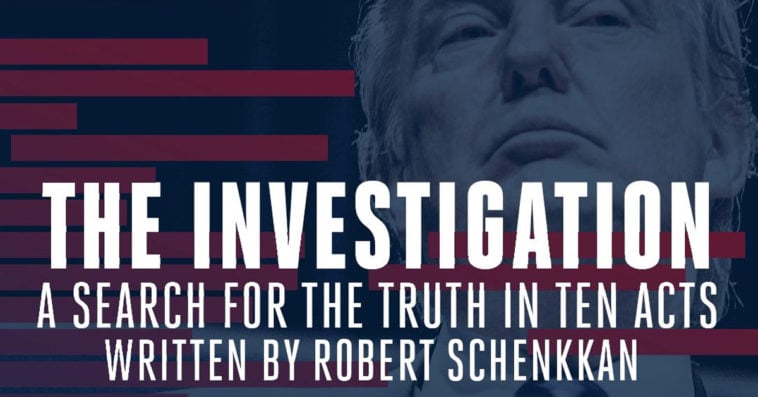 A group of spectacular actors came together on Monday night for a live reading of the Mueller Report.

The live performance, which started at 9 p.m., was streamed online on the website for Law Works. Though not part of the cast, Sigourney Weaver, Julia Louis-Dreyfus, and Mark Hamill, all made appearances at the event, which was executive produced by Susan Disney Lord, Abigail Disney, and Timothy Disney.

Officially titled Report on the Investigation into Russian Interference in the 2016 Presidential Election, the Mueller Report is the report documenting the findings and conclusions of Special Counsel Robert Mueller’s investigation into Russian efforts to interfere in the 2016 United States presidential election. It includes accusations of conspiracy or coordination between Donald Trump’s presidential campaign and Russia, as well as allegations of obstruction of justice.

Schenkkan, who is also a screenwriter and an actor, won a Pulitzer Prize in 1992 for his series of nine one-act plays The Kentucky Cycle. He also got a Tony award for his stage play All the Way in 2014 and scored some Emmy nods for his HBO limited series The Pacific in 2010.

Law Works, meanwhile, is an organization that engages bipartisan voices and educates the public on the importance of the rule of law, the role of the special counsel in the justice system, and the integrity of U.S. judicial institutions.

To accomplish its many objectives — including exposing current threats to core American values and electoral systems — Law Works teams up with leaders in the legal, judicial, national security, and law enforcement community. The organization also partners with both current and former government officials to protect the country’s judicial institutions.