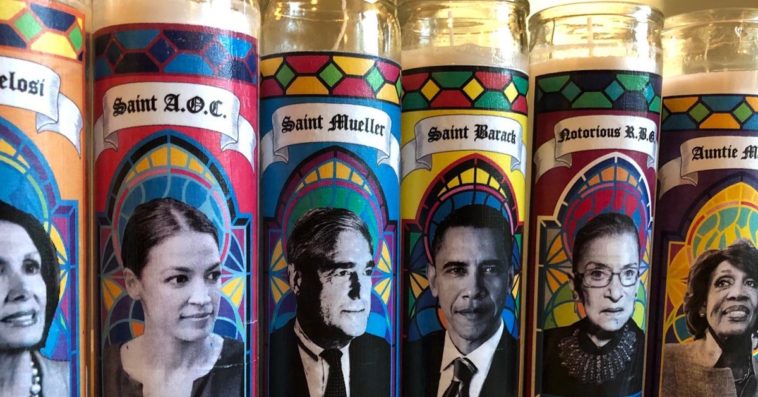 Make your political stance be known by gracing your altar with this set of novelty prayer candles featuring some of the most popular anti-Trump personalities in the country. 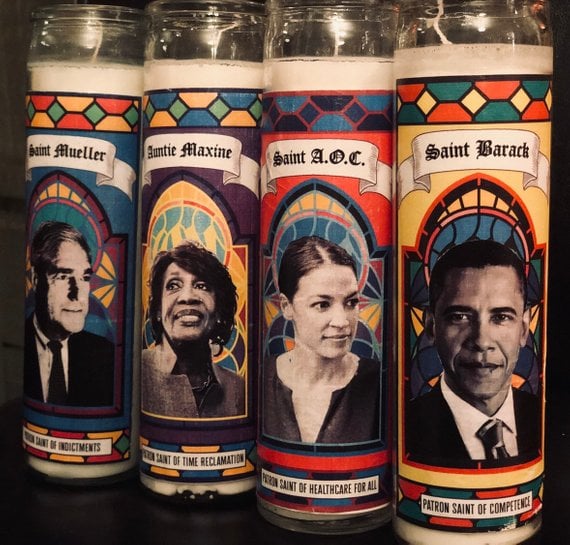 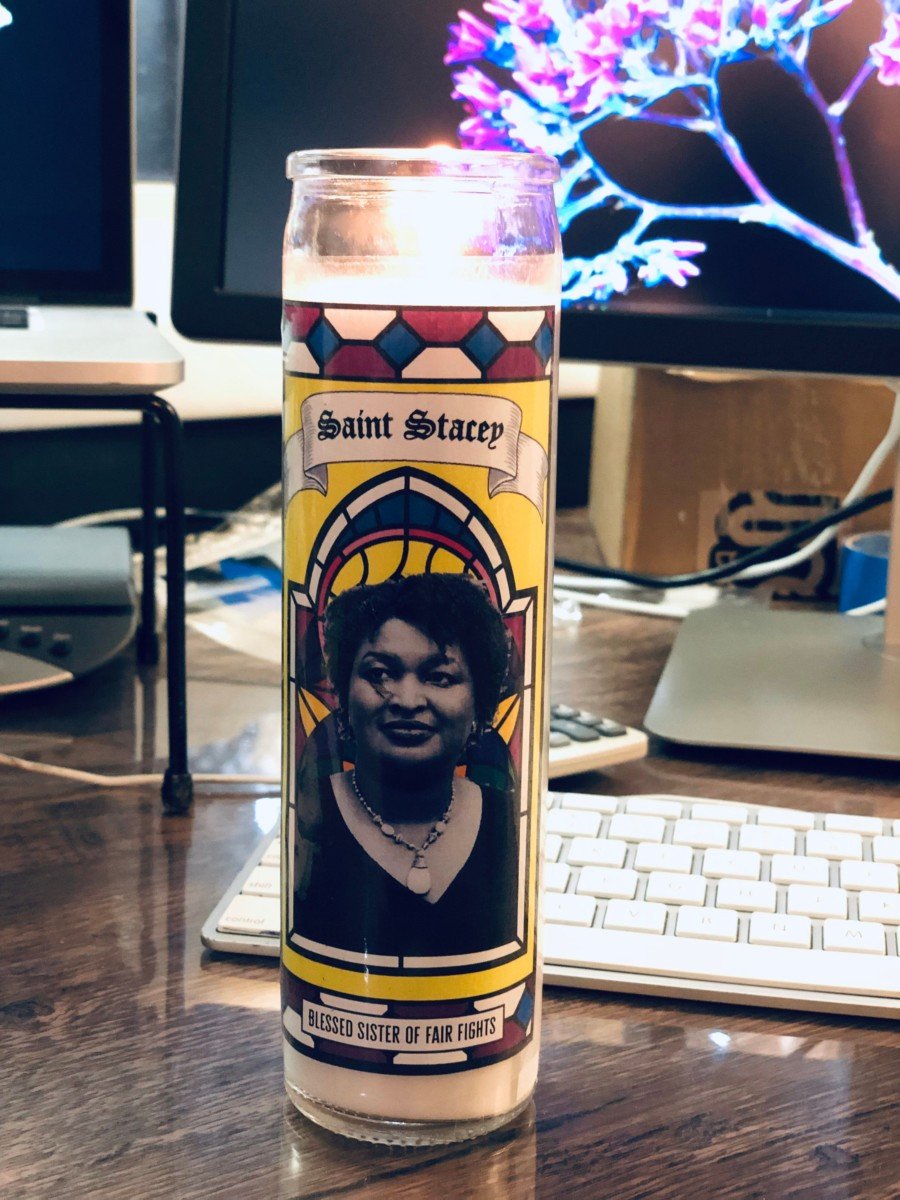 Ocasio-Cortez, on the other hand, earned the title Patron Saint of Healthcare for All because of her progressive Medicare for All advocacy. Pelosi is baptized with the moniker Our Lady of Perpetual Smackdown, while Abrams is called Blessed Sister of Fair Fights, which is apparently inspired by her recently founded organization, Fair Fight Action, which promotes fairness in elections.