The Moto G6 is a great smartphone for $250, and it continues to carry the value torch for the G-series. What’s most impressive here is the level of refinement this device brings to the table at this price point.

It’s hard to believe it’s already been five years since Moto introduced the first G-series phone. Before the Moto G, buying an affordable handset meant getting stuck with crappy hardware, inferior software, and a terrible user experience. Moto changed the game forever by blending quality hardware, stock software, and best-in-class features at an unbeatable price. It paid off: the Moto G consistently ends up on everyone’s recommended list.

The Moto G6 is this year’s iteration, and it brings some impressive new features to the G-series. So, does it live up to the Moto G legacy? Is it still the best phone under $250? Let’s find out. 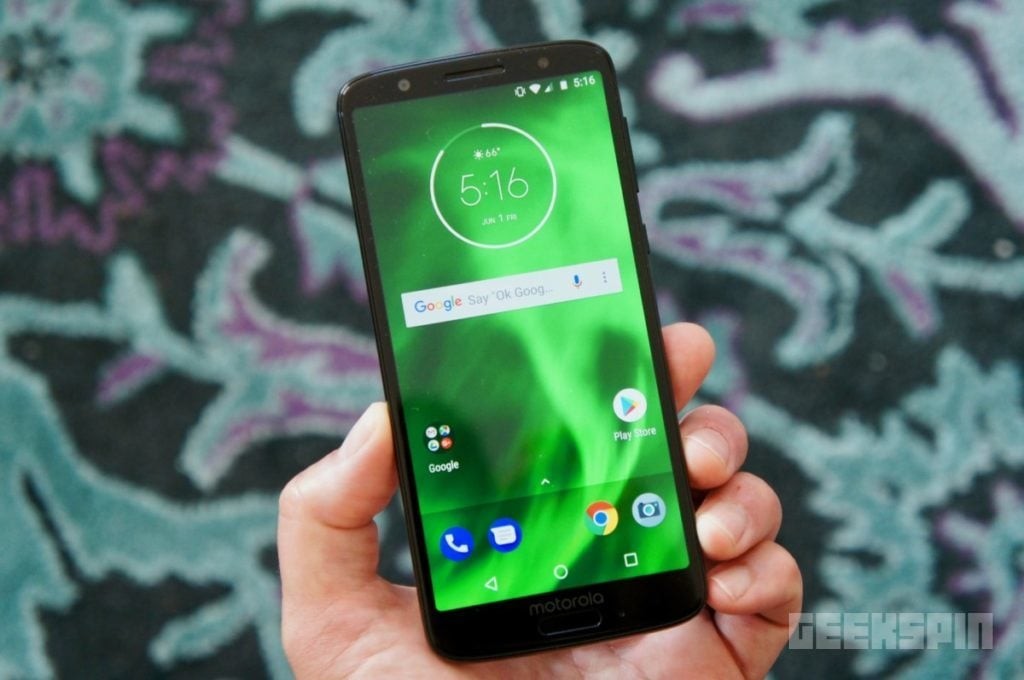 The Moto G6 takes most of its design cues from last year’s Moto X4, including the premium materials and build quality. It’s an all-black Gorilla Glass sandwich, with a 5.7-inch 18:9 display in front, aluminum alloy frame, and 3D curved glass in the back. Ergonomics are top notch: it feels great in hand, lightweight yet sturdy, and narrow enough to grip with one hand. Some flagship only recently reached this level of refinement (I’m looking at you, OnePlus), and while aluminum unibody designs are getting more common at this price point, glass-clad phones are not.

Bezels are minimal all around, leaving enough room for a fingerprint reader below the screen, plus an 8-megapixel camera, earpiece, and LED flash above. There’s a circular camera pod in the rear, which looks like a giant wink emoticon, and houses the 12MP and 5MP dual shooter, along with an LED flash. A textured aluminum power/lock button and volume rocker are located on the right, the SIM tray lives on top, and the bottom edge is home to the headphone jack and USB Type-C power/data connector. 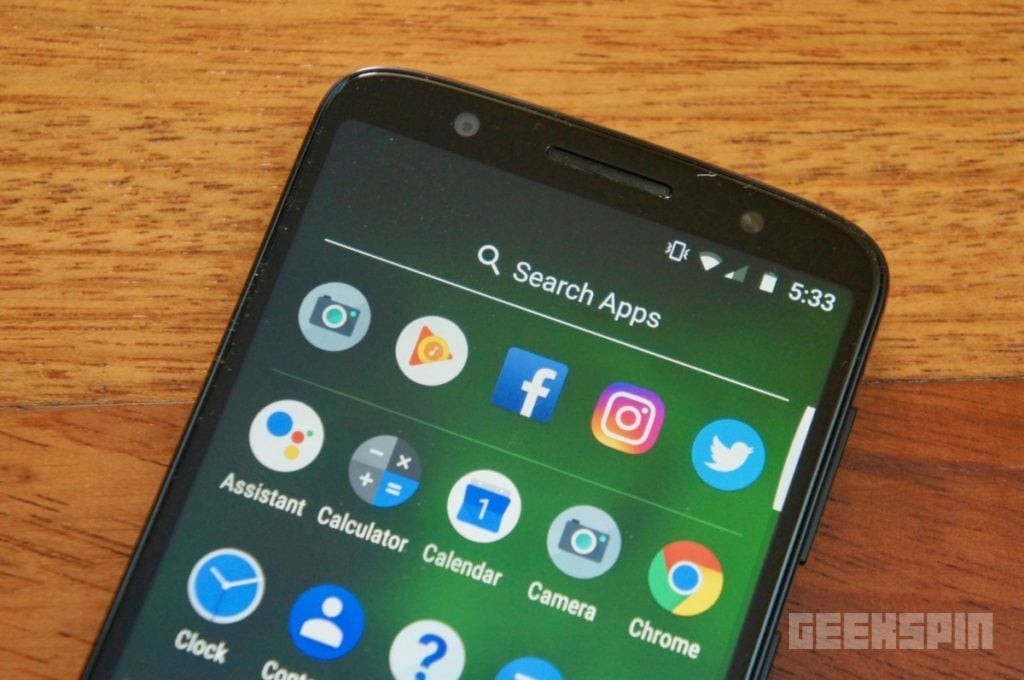 Ultra-wide displays are quickly becoming the norm on most new handsets these days, so it’s no surprise the Moto G6 sports a 5.7-inch 18:9 1080p IPS panel. It isn’t anything particularly special, but it’s good enough in this price range, with decent viewing angles and pleasant colors. Contrast ratio and maximum brightness leave room for improvement, but most folks will be well served by this screen. As a bonus, the rounded corners are a nice touch. 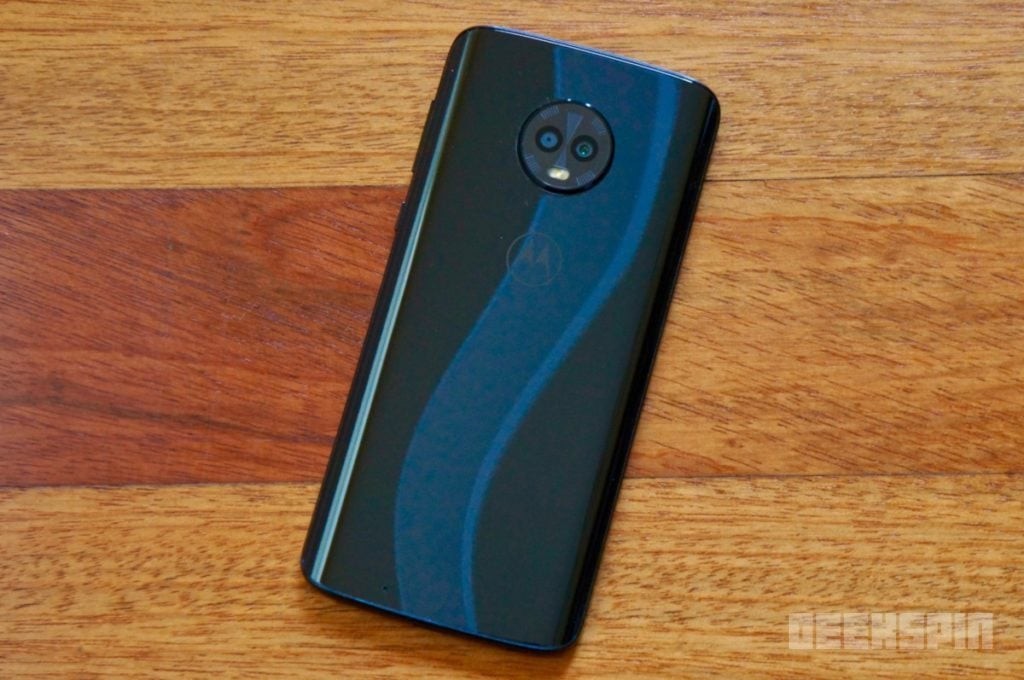 Moto put a lot of emphasis on the G6’s camera, and it certainly packs some unique and interesting features. The main shooter combines a primary 12MP f/1.8 lens with a secondary 5MP f/2.2 sensor for depth effects. It captures video up to 1080p 60fps. For selfies, there’s an 8-megapixel f/2.2 camera capable of 1080p 30fps video recording. Beyond the usual modes — like panorama, slow motion, time-lapse, manual, and portrait — the Moto G6 includes additional creative options.

The portrait editor makes it easy to readjust focus or set part of the shot to black and white. Cutout turns the background black, effectively keeping only the foreground. 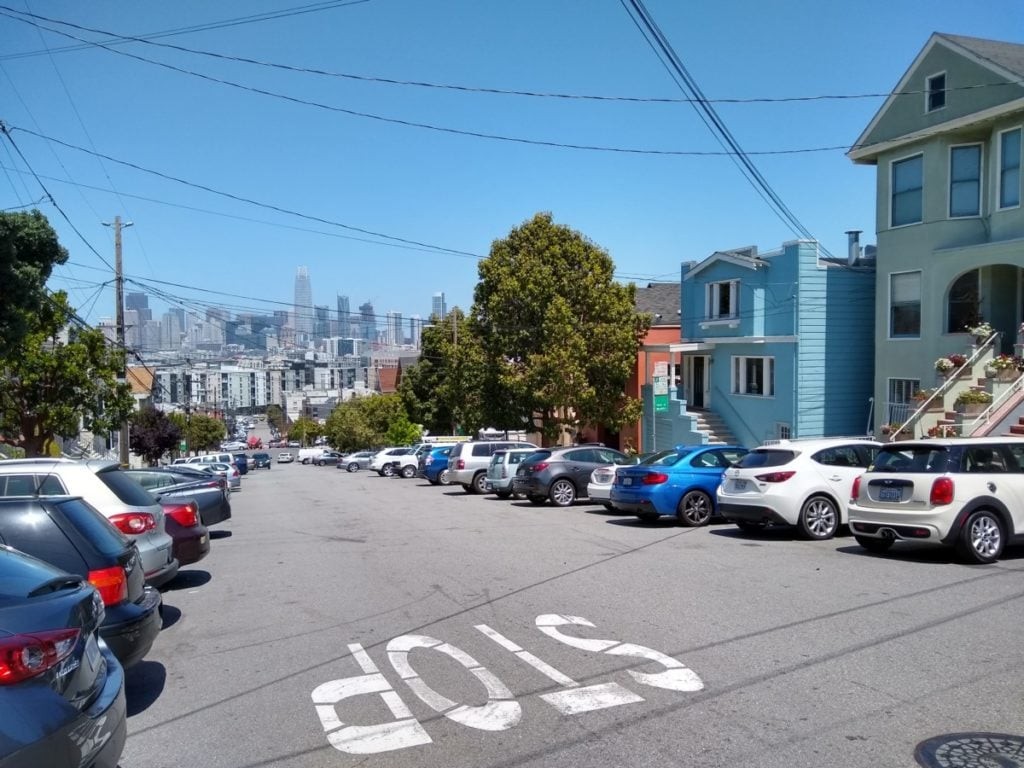 Spot color isolates a specific color while turning the rest of the image black and white. Text scanner converts any text in the viewfinder into actual editable text (OCR). Group selfie captures a wider angle by stitching three pictures into one. Face filters are similar to Snapchat’s face lenses and Apple’s Animoji. Object and landmark recognition is similar to Google Lens.

Photos taken with the Moto G6 are surprisingly decent considering this isn’t a flagship device. HDR pictures are particularly good, and night shots generally came out better than I expected. There’s a definite loss of detail in low light since the camera lacks OIS, but Moto’s image processing keep things manageable. Other than a lack of electronic stabilization, video recording is perfectly fine.

I didn’t experience any problems with reception, call quality, and data speeds while using the Moto G6 on Verizon in San Francisco, CA and Portland, OR. Yes, this phone supports both GSM/LTE and legacy CDMA carriers like Verizon and Sprint – something that’s rare on sub-$250 handsets. The G6’s earpiece doubles as a speaker and is extremely loud and clear. Audio through the headphone jack sounds better than average, too, with great levels of detail and a wide soundstage. It’s somewhat limited in terms of volume, however, especially when driving higher-end headphones and in-ear monitors.

Under the hood, the Moto G6 features Qualcomm’s mid-range Snapdragon 450 with 3GB of RAM and 32GB of onboard flash (expandable via microSD). There’s also a 4GB / 64GB version, but I tested the base model. Overall, the phone didn’t skip a beat, with good performance across the board. Naturally, gaming will be better on a flagship, but for most tasks, it gets the job done without drama. Battery life is pretty decent as well, thanks to a thrifty chipset and a 3000mAh cell. This means the G6 will keep on ticking for most of the day. Still, I was expecting a bit more endurance from Moto. When it’s time to fill up, there’s a 15W fast charger included in the box.

The only items missing from the spec sheet are water resistance and NFC, which means no Google Pay support… Bummer! 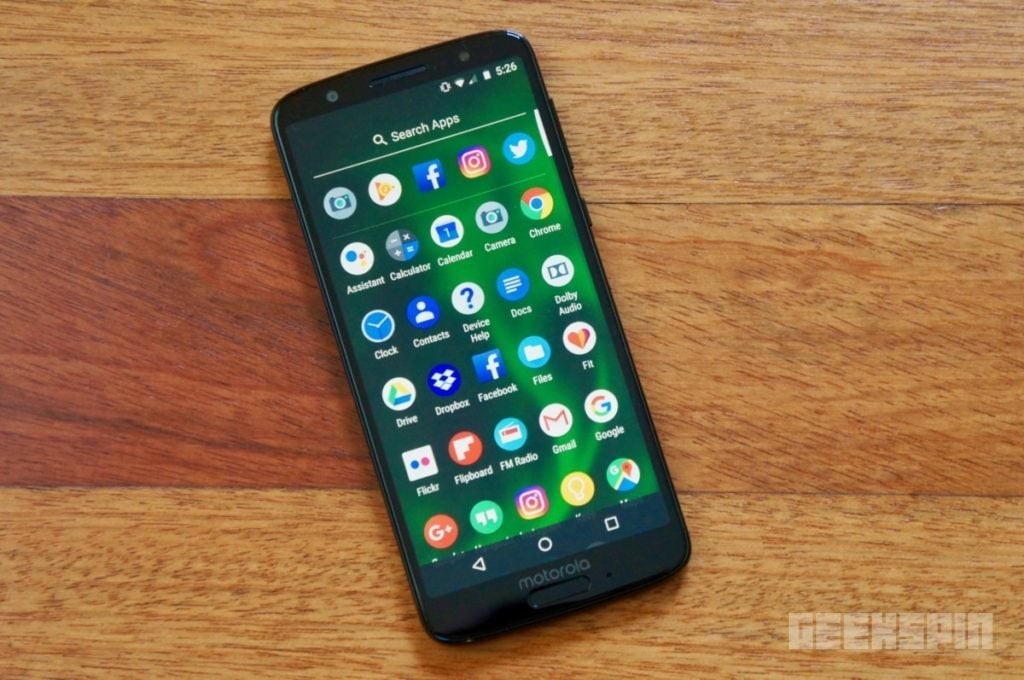 Moto’s hands-off approach to software makes the G6 is a pleasure to use and keeps the UI fast and lightweight. It runs an almost stock build of Android 8.0 (Oreo) with a few useful touches thrown in. For example, Moto Display shows the time and notifications on screen when the handset is locked with just a nudge or a wave of the hand. Moto Actions maps tasks to gestures, like chopping the phone down twice to activate the flashlight, or twisting the wrist to open the camera app. Finally, there’s Moto’s own take on face unlock, which works fine as long as there’s enough light. 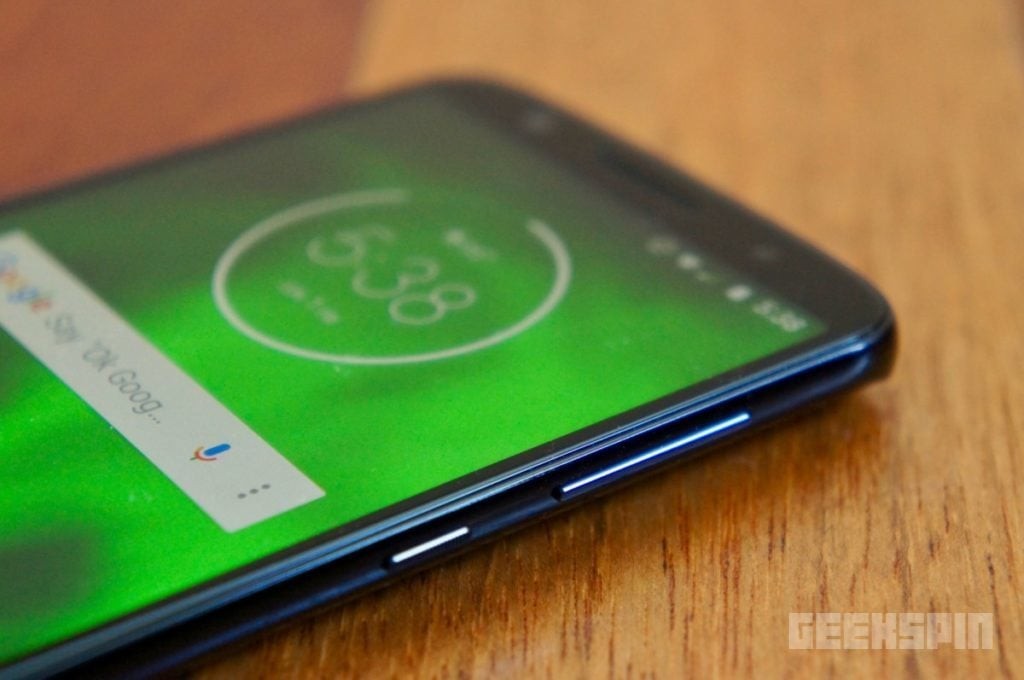 There’s no doubt the Moto G6 for $250 ($235 at Amazon) is a great smartphone, and it definitely continues to carry the value torch for the G-series. What’s most impressive here is the level of refinement this device brings to the table at this price point. Moto’s software is delightful as always, and the feature-rich camera encourages creativity. Add solid battery life, and this handset is a no-brainer — especially for Verizon and Sprint customers looking for an unlocked option.

Still, the competition is heating up. The Honor 7x costs just $200 in the US and only falls short in terms of design, software, and lack of legacy CDMA support. In other markets, the glass-clad Honor 9 lite adds NFC and only sacrifices stock Android for about the same price. Other Chinese manufacturers will be joining the party sooner or later, so let’s hope Moto keeps the G-series fresh for many more years to come. Oh, and please add NFC next time, OK?