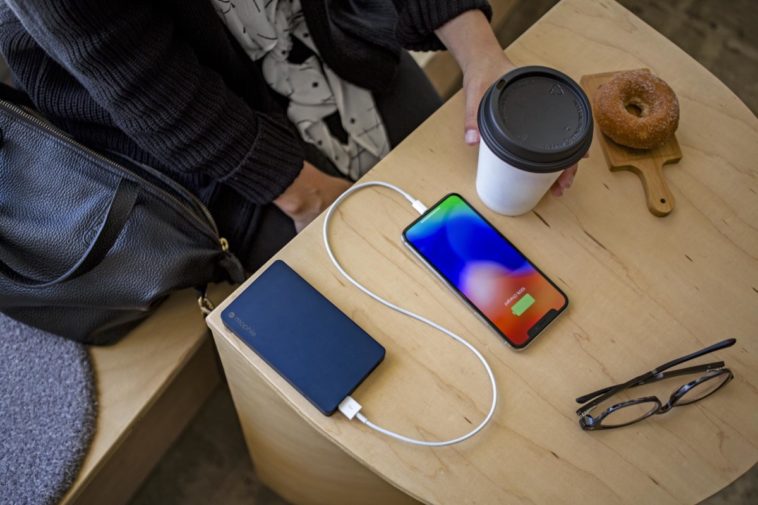 Mophie, has just announced a new lineup of portable power banks for iPhones, iPads, and AirPods that are amongst the first to take advantage of using the lightning connector cables as inputs. The powerstation’ mophie’s elegantly designed portable power banks are only some of a small handful of such devices that have thus far received Apple’s MFi seal of approval. We recently reported on the BoostCharge Power Bank from Belkin, which was the first Apple-approved portable charger to incorporate Lightning connector technology. 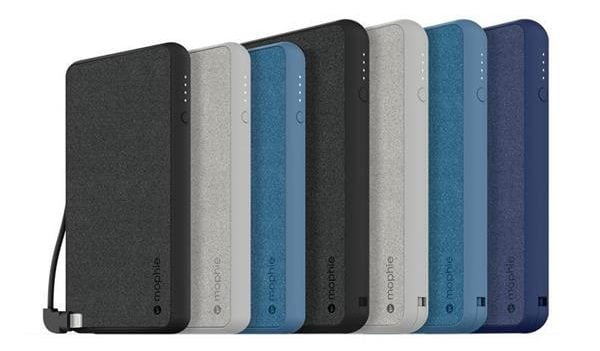 Back when we reported about the BoostCharge, we theorized that as more Apple-certified power banks enter the market, monopolies would fade and prices would drop accordingly. Nevertheless, mophie’s powerstations represent a price hike rather than a decrease. In fact, the company’s base model powerstation is being sold for $59.95 – the same price as Belkin’s BoostCharge – the higher-end powerstation XXL and powerstation plus XL are both priced at $99.95.

According to the company’s marketing material, the $59.95 powerstation and $99.95 powerstation XXL have 6,040mAh and 20,200mAh batteries, respectively. The smaller of the two provides users a 20-hour boost in battery life, while the larger provides up to 70 additional hours. 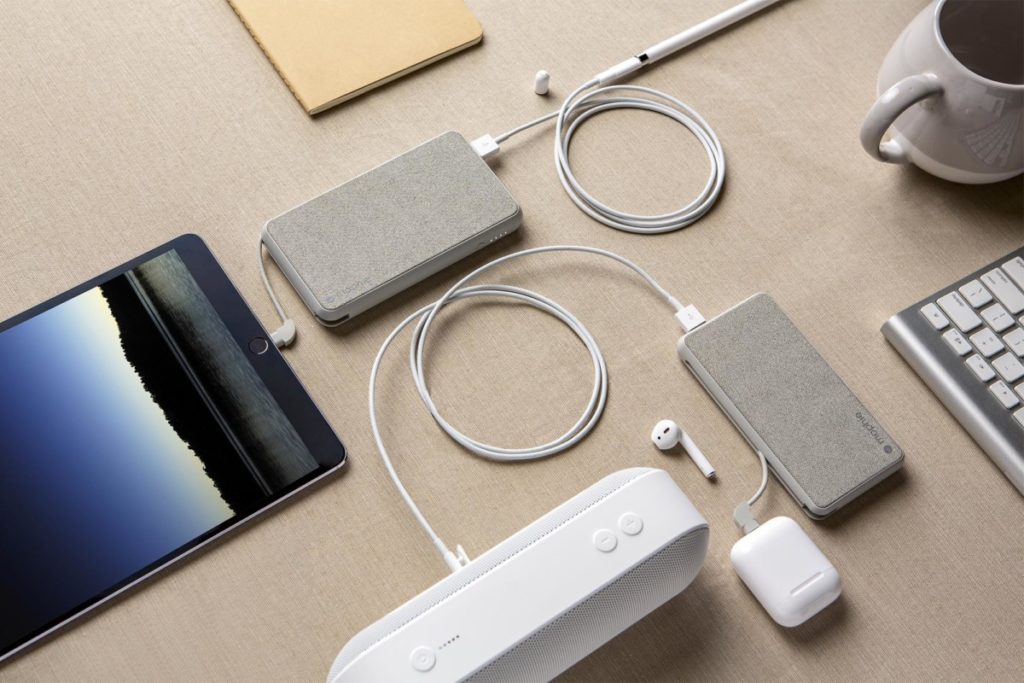 When it comes to the $79.99 powerstation plus (6,040mAh) and $99.99 powerstation plus XL (10,000mAh), the XL version afford up to 34 hours of additional battery life. In addition, these models also furnish a 10W ‘fast-charging’ USB-A port that allows owners to recharge other devices as well. And for added convenience, the plus XL model can be recharged wirelessly via any Qi-enabled charging pad. Another noteworthy feature is the ’Priority+ Charging’ – a technology that prioritizes recharging your device over the powerstation.

Each power bank is fashioned from a highly-durable polycarbonate polymer. Mophie decided to use ‘premium fabric’ to cover the top and bottom plates, which is something they’ve done in the past, and we certainly think that it’s a nice touch.

Both powerstation plus models are available in heather gray, slate, and black – the plus XL also has a deep blue color option. In an exclusive deal with Apple, these portable batteries will only be available via the Apple Store (both online and brick and mortar) and mophie’s official website.