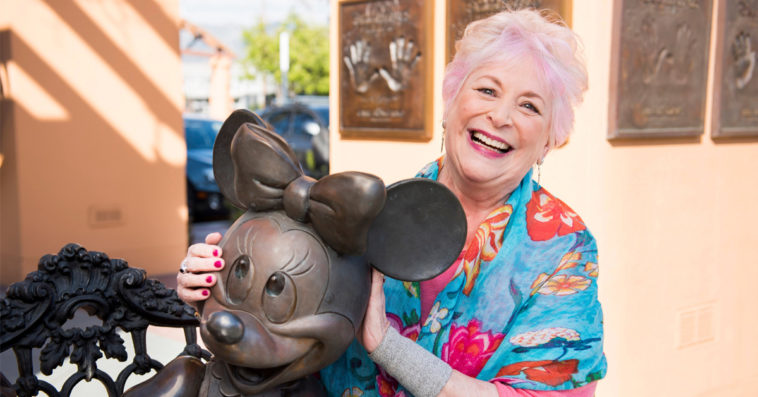 Russi Taylor, the official voice of Minnie Mouse, has passed away on Friday, July 26th. She was 75.

A Disney spokesperson told The New York Times that she died at home in Glendale, California, and that the cause of her death was colon cancer.

“Minnie Mouse lost her voice with the passing of Russi Taylor,” Disney chairman and CEO Bob Iger said in a statement. “For more than 30 years, Minnie and Russi worked together to entertain millions around the world — a partnership that made Minnie a global icon and Russi a Disney Legend beloved by fans everywhere.”

Iger added: “We’re so grateful for Russi’s talent as well as the tremendous spirit and great joy she brought to everything she did. It was a privilege to have known her and an honor to have worked with her, and we take comfort in the knowledge that her work will continue to entertain and inspire for generations to come. Russi will be sorely missed and our hearts go out to her family and friends, along with our deepest condolences.”

Born in Cambridge, Massachusetts, on May 4th, 1944, Taylor had dreamed of working for Walt Disney since she was a child. “When I was a little girl, I was with my mom and my brother, and it was late at night at Disneyland. We had just come off the Mark Twain Riverboat and were getting some popcorn. I looked over and saw Walt sitting on a bench, so we introduced ourselves and shared our popcorn with him,” Taylor previously recalled of her first meeting with Disney. “At one point during our chat, he asked me what I wanted to do when I grow up, and I said, ‘I want to work for you!’ So he said, ‘Okay!’—and now I do!”

In addition to Minnie, Taylor also voiced many other Disney characters like Donald Duck’s nephews Huey, Dewey, and Louie in Ducktales, and Nurse Mouse in The Rescuers Down Under.

Taylor also voiced other iconic characters outside of Disney like Pebbles on The Flintstones, the Mackleberry Twins and Martin Prince on The Simpsons, and supporting characters on The Jetsons, Scooby Doo, and The Muppets.

Taylor was married to longtime Mickey Mouse voice actor Wayne Allwine, who died of diabetes in 2009. They didn’t have any children together.