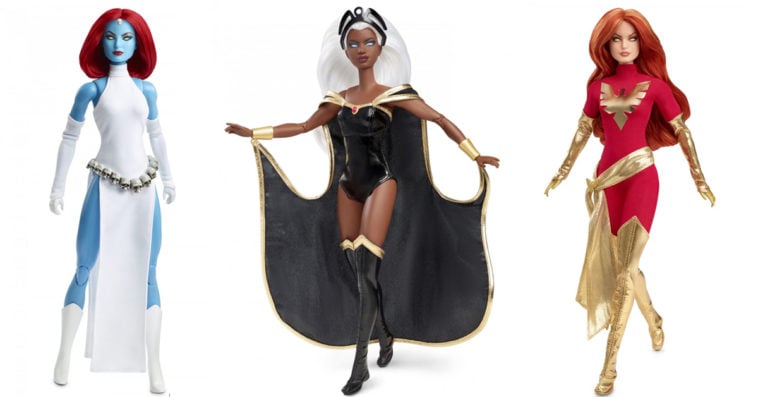 Marvel Comics turns 80 years old this year, and to celebrate that milestone, Mattel has teamed up with Marvel to create a line of special edition Barbie dolls based on the legendary X-Men characters Dark Phoenix, Mystique, and Storm. 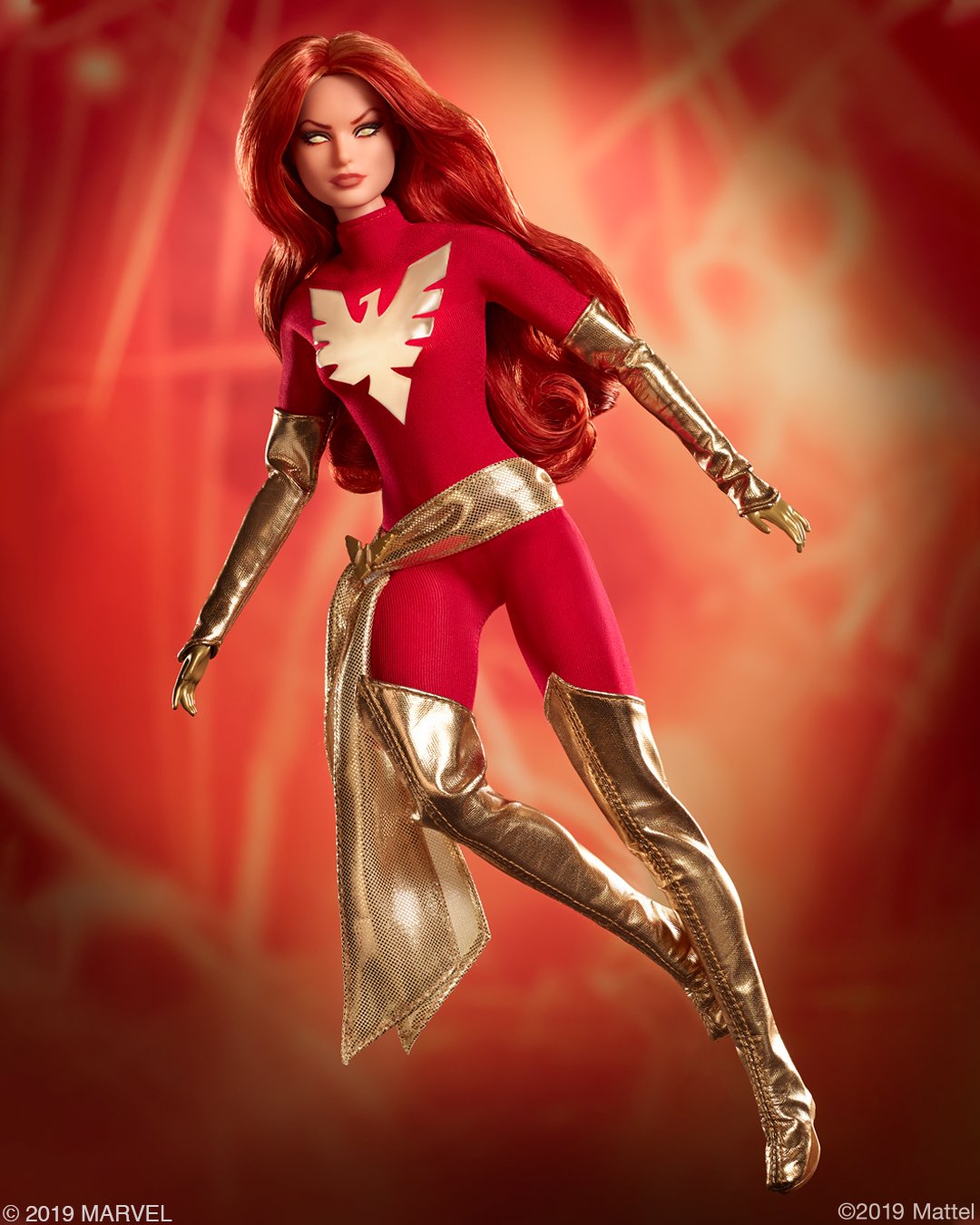 Dark Phoenix is an Omega-level mutant with telepathic and telekinetic powers. Having faced numerous deaths and rebirths, this beloved character, who also goes by the name of Jean Grey-Summers, wrestles with her personal demons as she tries her best to help protect the Earth.

Jean Grey’s fierceness is captured by this Dark Phoenix Barbie doll, which is also wearing the mutant’s iconic outfit — a red bodysuit with gold details, including a phoenix graphic on the front, thigh-high boots, gloves, and a sash wrapped around her waist. 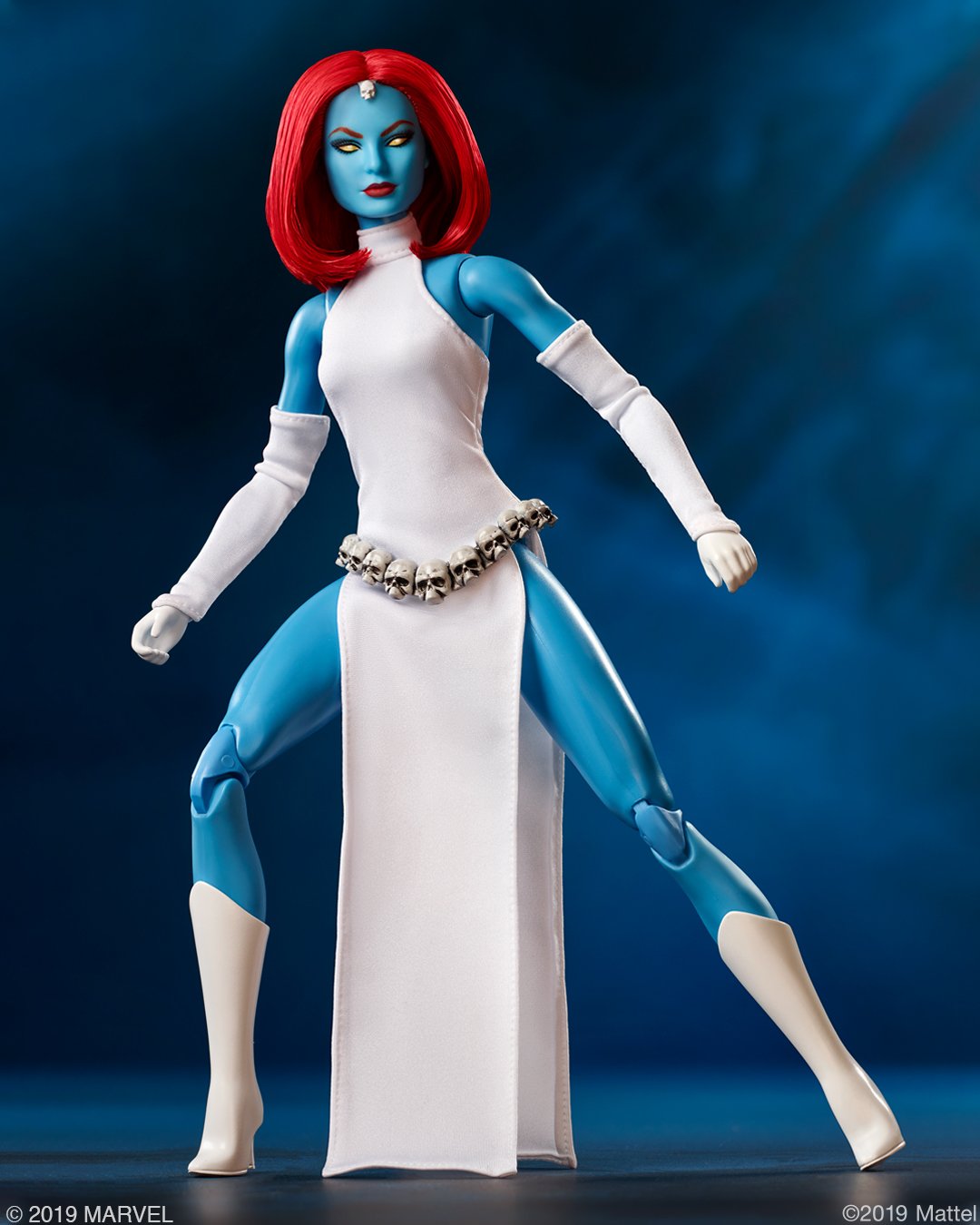 Mystique is a villainous mutant that deceives her enemies through her shape-shifting abilities. She can copy anyone’s appearance and voice with zero effort, making her one of the most elusive characters in the X-Men universe.

Mystique’s beguiling persona is captured by this Barbie doll dressed in the character’s classic comic book costume, which is made up of a white double-slit dress, long white gloves and boots, a belt of skulls, and the signature skull detail adorning her forehead. 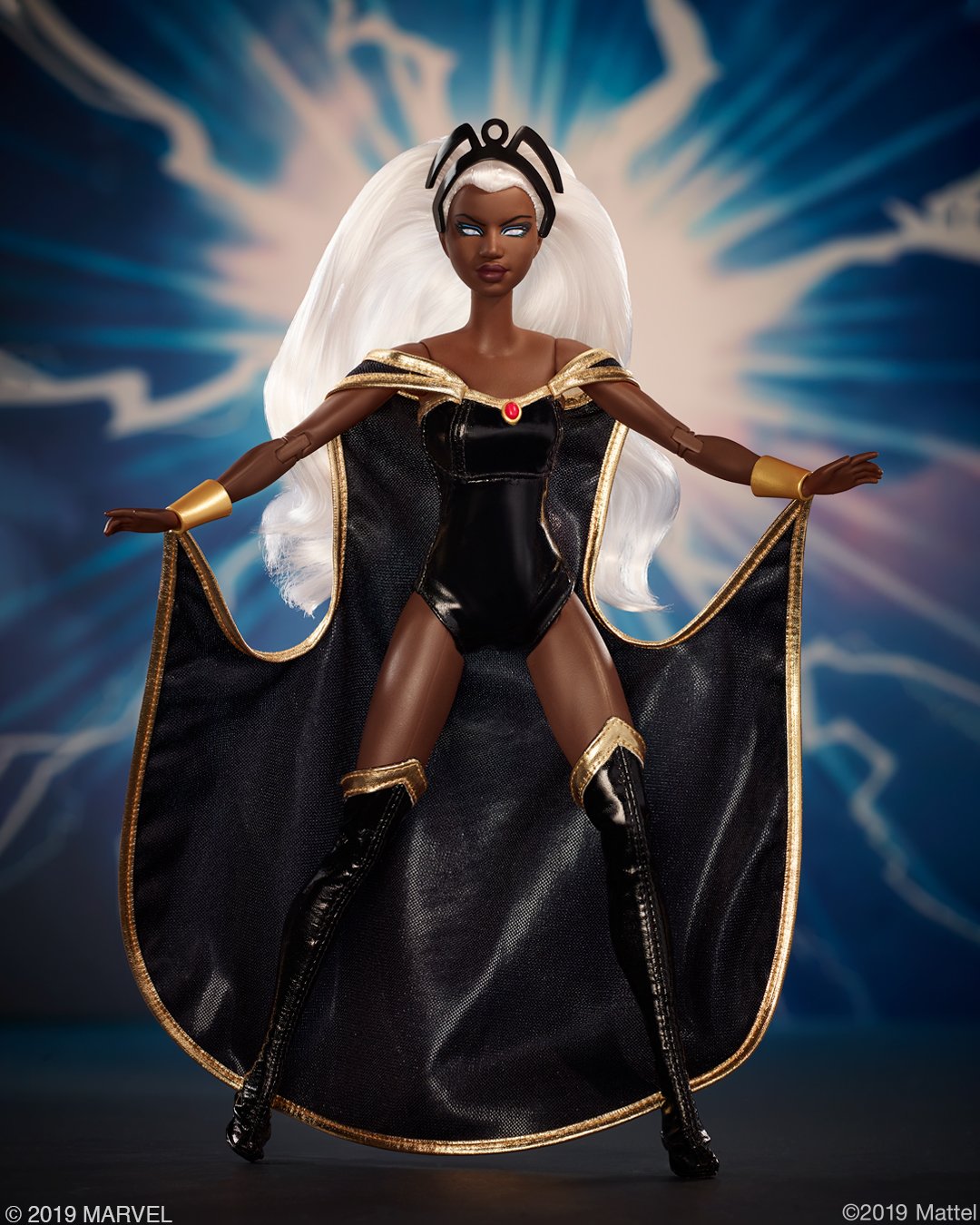 Known as one of the most powerful mutants on Earth, Storm takes down her enemies with her ability to manipulate weather and the atmosphere. While her powers aren’t apparent in this Storm Barbie doll, the toy captures the character’s electrifying personality. The doll also features the mutant’s most popular comic book look, which includes a shiny-black bodysuit, a cape, and a pair of thigh-high boots, all with metallic-gold trim. The doll also wears gauntlets, a headdress, and Storm’s signature gemstone.

All three dolls are now available for pre-order from GameStop for $54.99 each. They will then be made available on store shelves starting October.

“Bringing classic Super Heroes out of comic books to a pop cultural movie series and into collectibles is a win-win situation for fanatics of the X-Men franchise – and it gets better when two iconic brands such as Marvel and Mattel can make this happen,” said Kris Ventura, vice president of collectibles for GameStop, in a statement. “Classic fandom is at the core of our collectibles assortment and we’re excited to carry these action-packed, powerful female character collectibles.”

The Dark Phoenix, Mystique, and Storm Barbie dolls are on display at the Mattel booth at this week’s San Diego Comic-Con in San Diego, California.