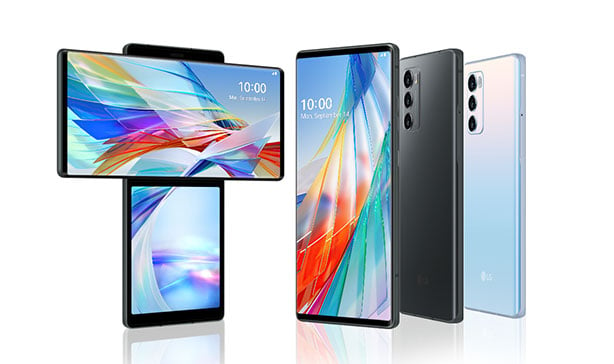 The LG Wing 5G is a unique new smartphone featuring dual-displays with a unique swivel mechanism. It’s also the first device from the LG Explorer Project. The LG Explorer Project aims to create new and distinct products that still offer practicality. To that effect, the LG Wing offers a 6.8-inch main FHD P-OLED display that swivels open to its side to reveal a secondary 3.9-inch G-OLED display. 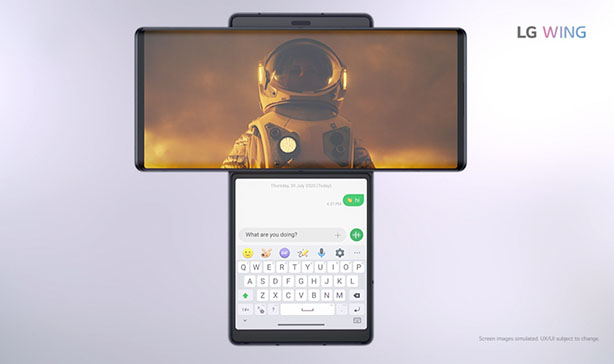 A swiveling phone screen may seem unstable but LG says that with the built-in hydraulic damper, stress on the mechanism is reduced to offer an elegant transition from portrait to landscape. The main screen’s back has thermoplastic polyoxymethylene applied to it to prevent scratches and create a smoother swivel. The mechanism has been stress tested and proved to be reliable even after 200,000 swivels. 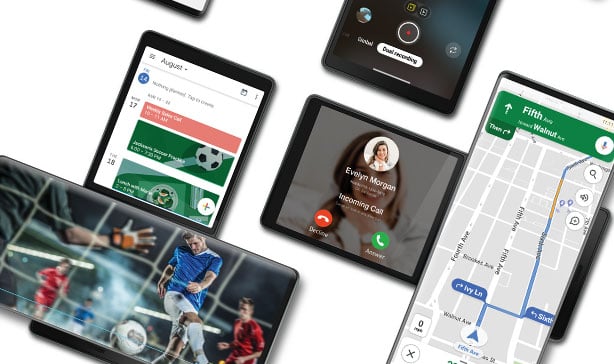 Created to provide multi-tasking solutions, the LG Wing’s main screen works in tandem with the secondary screen to offer a larger workspace and increased productivity. In Swivel Mode, users can watch a video while texting, use the secondary screen to control music while following directions, and much more. Additionally, the Multi-App feature can group together two apps so that they open at the same time on the two screens.

Despite housing two screens and a swivel mechanism, the phone remains relatively light at 260g and it measures just 10.9mm thick. Internally, it’s powered by a Snapdragon 765G 5G processor with 8GB of RAM and 256GB of internal storage which is expandable up to 2TB via a microSD slot. 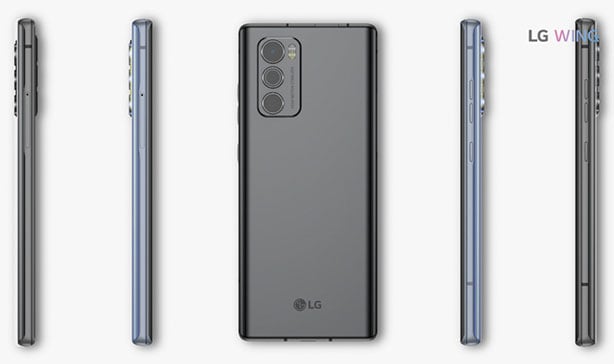 The LG Wing carries a triple camera setup consisting of a 64-megapixel main, a 13-megapixel ultra-wide, and a 12-megapixel ultra-wide big pixel camera. Around the front is a single 32-megapixel selfie camera. The front and rear cameras are also able to record simultaneously when the device is set to Swivel Mode.

In addition to that, the LG Wing comes with LG Creator’s Kit which contains advanced imaging features such as Timelapse Control, Voice Bokeh, and ASMR Recording.

Because of the unique form factor, The LG Wing is able to offer the world’s first Gimbal Motion Camera found on a smartphone. Its secondary screen turns into a grip to provide extra stability for the phone’s cameras. It also offers a couple of features normally found on a dedicated gimbal. These include a joystick to control the camera, lock mode for reducing shakes, follow mode, pan follow, and first-person view mode.

For battery, it offers a 4,000mAh with no news on whether or not it will support fast charging technology.

The LG Wing 5G will be available soon from US carriers starting with Verizon, then T-mobile followed by other carriers.