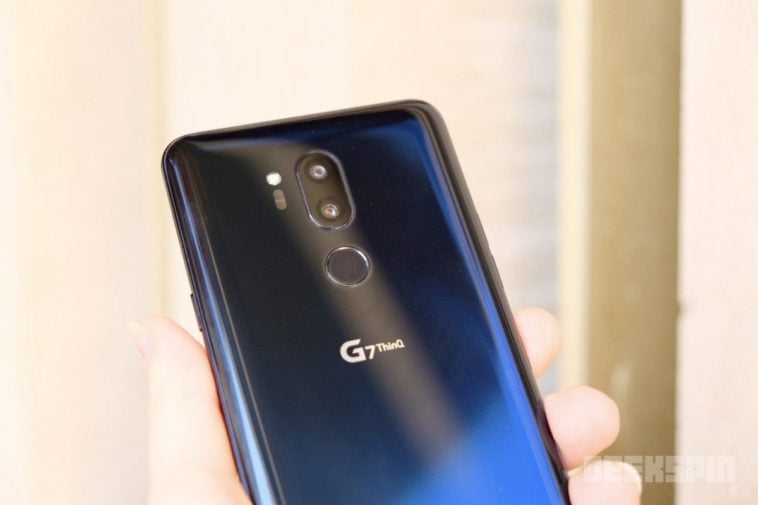 Recent reports published by various sources suggests LG has a five camera smartphone in the works. Not long ago the company told reporters they intended to veer from the annual release schedule followed by other vendors, in favor of developing more innovative products for their customers. According to Android Police, this time around, LG’s innovation is found in the form of a five camera smartphone “tentatively” known as the V40.

Based on several news sources, the V40 will feature a pair of front-facing camera sensors and three more on the back. Exactly how five cameras will be more beneficial than the industry standard of two to three has yet been explained.

As far as we know at least one of the front-facing cameras will enable users to unlock the device via facial recognition. How LG plans to incorporate the second camera is still a mystery, however, many people are speculating that both sensors will, in fact, be used in tandem for 3D facial mapping – similar to Apple’s iPhone X.

Android Police is reporting that the three cameras on the back of the V40 will include a “standard wide lens, LG’s signature ultrawide lens, and a third sensor for an as-yet-undetermined purpose.”

Again, the mysterious nature of this third sensor leaves many in the tech community scratching their head. Some, including Android Police, have suggested it may be used as a dedicated sensor for Bokeh effects. Others theorize it to be a depth of field sensor, either way, LG has remained silent as to its actual purpose.

Outside of the five cameras, the V40 is also rumored to have a dedicated Google Assistant button, LG’s audiophile-grade Quad DAC, and a back-mounted finger recognition system. The latest generation Snapdragon 845 processor from Qualcomm will serve as the device’s conductor.