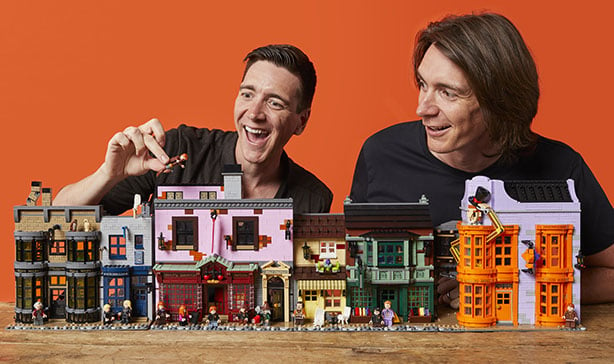 LEGO has just announced its newest addition to the ever-expanding Harry Potter line. After revealing six new sets a couple of months ago, this newest addition is none other than the fantastically magical shopping street of Diagon Alley. 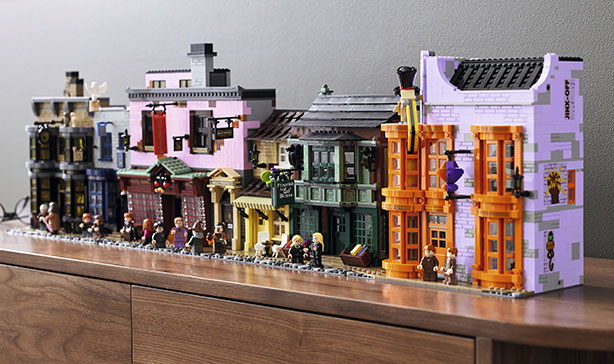 Harry Potter fans of all ages can recreate one of the most iconic spots in the Wizarding World or even create an entirely new design of their own. The Diagon Alley set includes a total of six equally iconic shops. These include Olivanders Wand Shop, Flourish & Blotts bookseller, Weasly’s Wizard Wheezes, Florean Fortescue’s Ice Cream Parlor, Quality Quidditch Supplies, and the Daily Prophet. 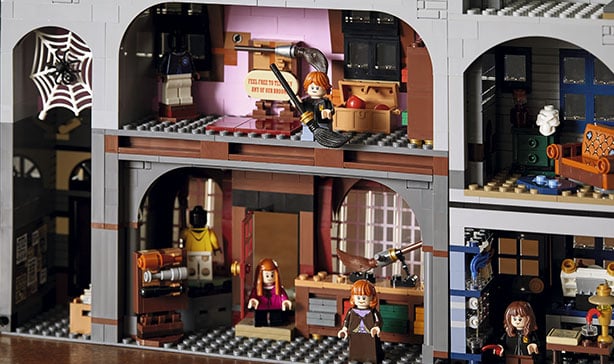 The set was designed with the help of the real-life twin brothers, James and Oliver Phelps, who portrayed the Weasley twins on-screen. The set is made with a modular aspect that allows fans to move around the shops and set them up in the way they most prefer; in a row, swapped around, or even have shops on different shelves. When built, the entire playset measures more than a meter wide and is made up of over 5,000 LEGO pieces. 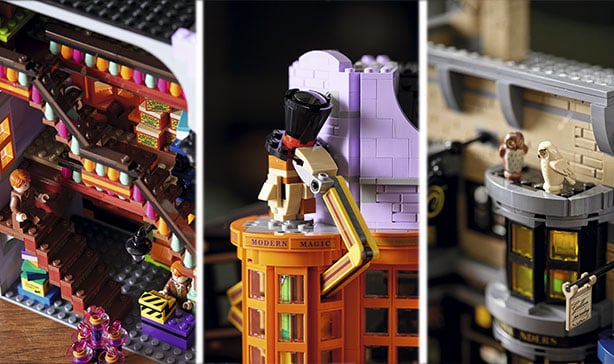 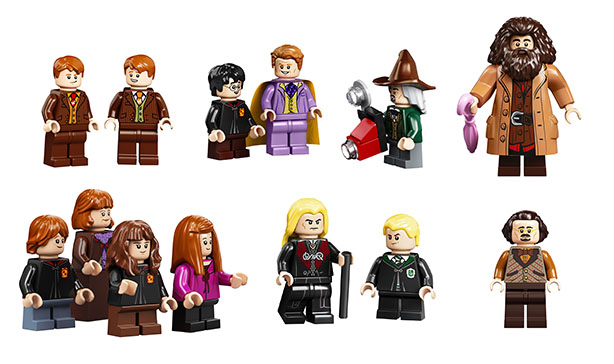 Marcos Bessa, LEGO Harry Potter Design Lead commented: “I love how faithful the final design is to the architectural details in the film. You can barely see some of these buildings zooming past your screen, but we tracked down different photographs from the sets – some of them from nearly 20 years ago – to make sure everything is spot on. Diagon Alley is the biggest set I’ve designed to-date and I am really proud of how it has come together.”