For your next vacation, skip staying at Motel 6 or even the Four Seasons, and instead consider a themed hotel room. After all, if being geeky is your thing, then what better way to vacation than at one of the world’s geekiest hotels? To makes things easier for you, we have compiled a list of 14 incredibly geeky themed hotels rooms from all around the world. 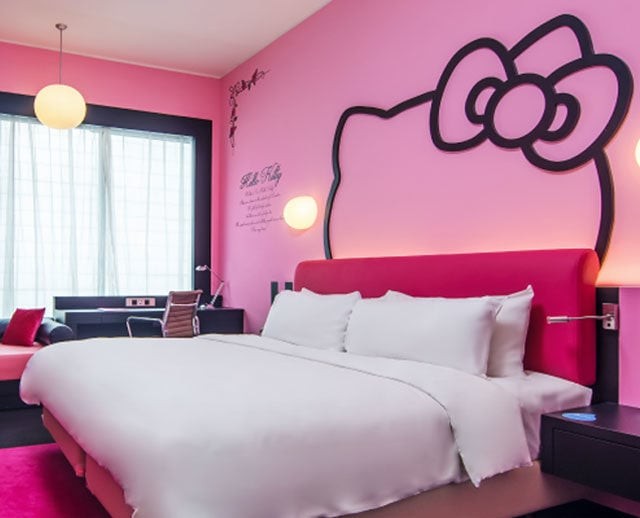 Planning a trip to Southeast Asia? If Malaysia is on your list, then you might want to consider spending some time at Hotel Jen Puteri Harbour in Johor! The hotel offers 12 different Hello Kitty-themed rooms to choose from, each with visuals focused around one of three different themes including: Hello Kitty in Oz, Hello Kitty in Pink, and Sailor Hello Kitty. 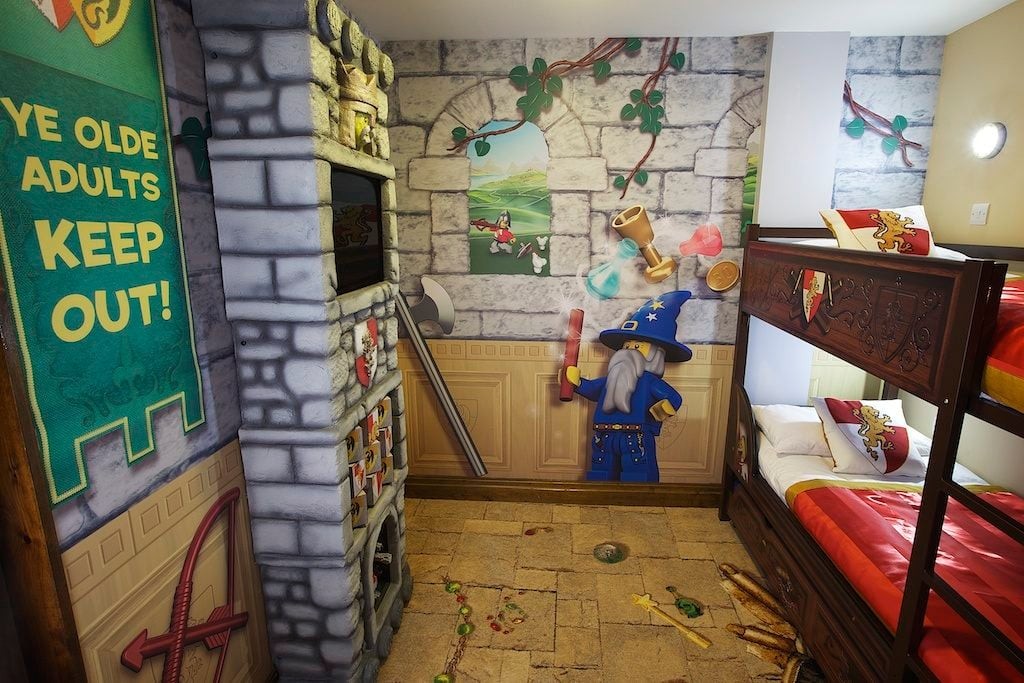 Everything in Legoland Windsor Resort is, well, Lego-themed – including, of course, its famous lego knight-themed rooms. 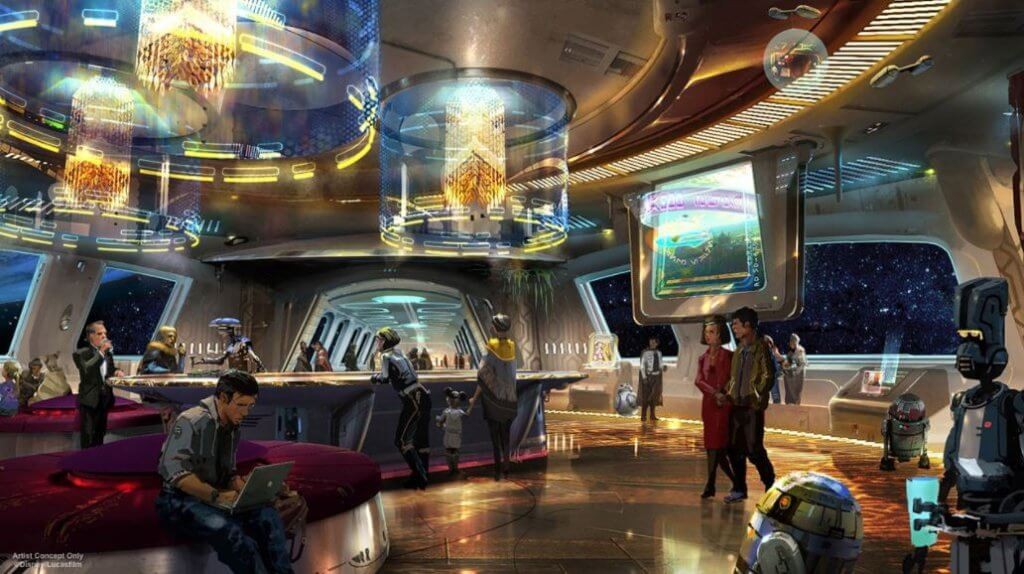 There aren’t a lot of details about the upcoming Star Wars-themed rooms at the Walt Disney World Resort just yet. But from what we have seen in from the concept art, there’s no doubt that the average diehard Star Wars fan will find its starship cabin-styled rooms absolutely “nerdgasmic!” 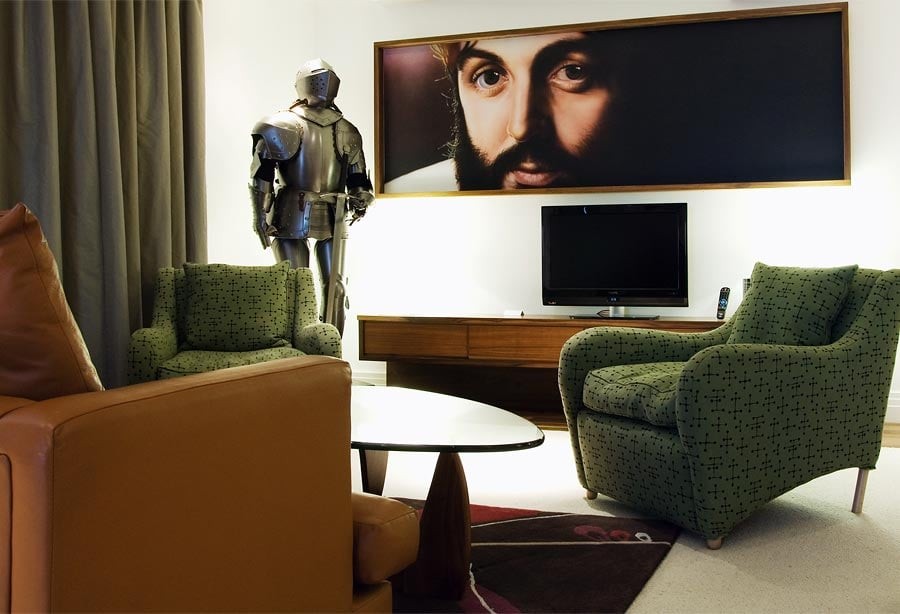 All 110 rooms in the Hard Days Night Hotel, Liverpool, are elegantly furnished with a diverse range of Beatles-inspired photos. For those who want to go all out, there’s even dedicated McCartney and Lennon suites available. 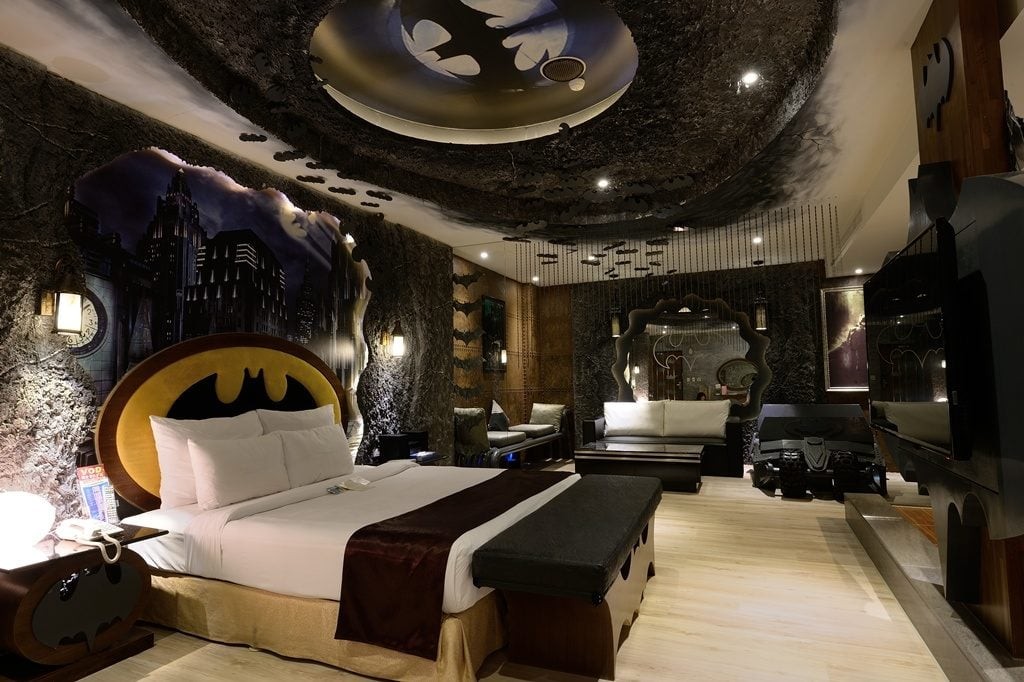 Ever wanted to know what it would feel like to live in the Batcave? Well, spending a few nights at the Eden Style Boutique Hotel in Kaohsiung City, Taiwan, would perhaps be the closest you’ll ever get to that experience.

#6 The Little Mermaid and other Disney themed rooms 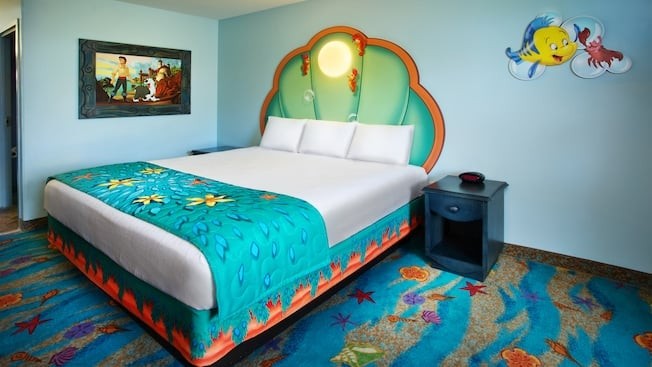 From Little Mermaid-themed rooms, to Lion King suites, Finding Nemo themed rooms, and other Disney movie themed rooms, the Disney’s Art of Animation resort in Lake Buena Vista, Florida, has all of the ingredients to bring a smile to just about any Disney lover’s face.

The Pink room at Palms Casino Resort is every girly girl’s fantasy! Its gorgeous décor is over the the top with corseted lace-up chairs and terrazzo bubble floors. This is the perfect venue for a bachelorette party.

#8 Pirates of the Caribbean 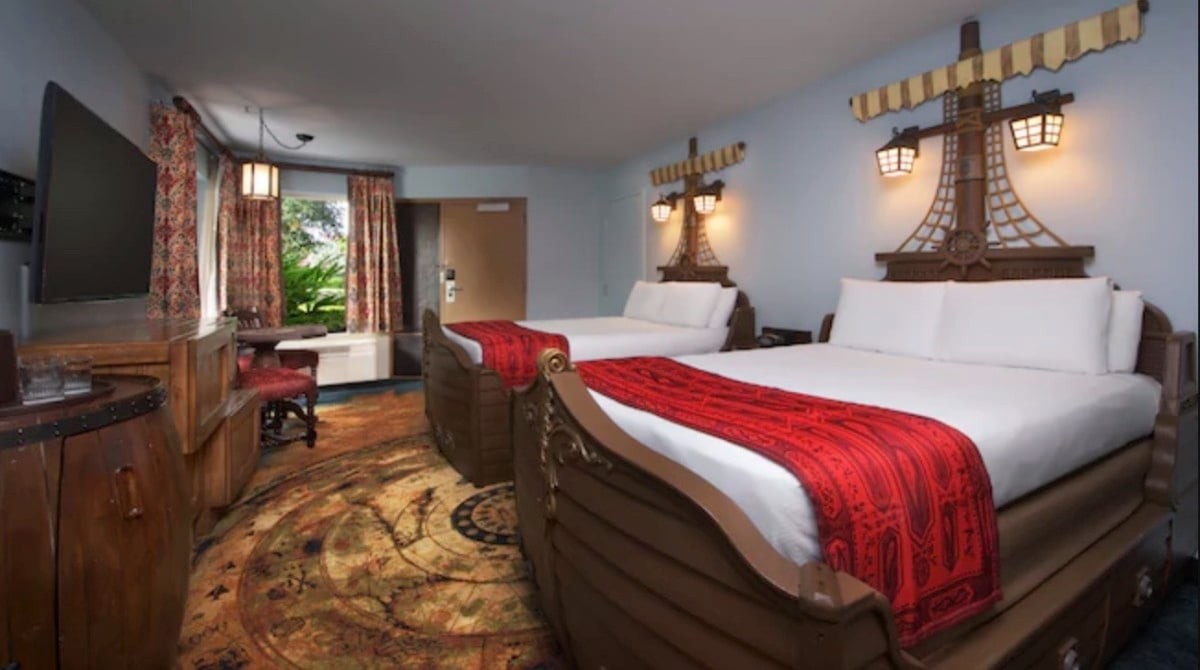 You’ll feel like you’re a real pirate when you stay in a Pirate room at Disney’s Caribbean Beach Resort. It is nothing short of an adventure ride with everything themed like something out of a pirate ship, that includes two huge pirate themed beds. 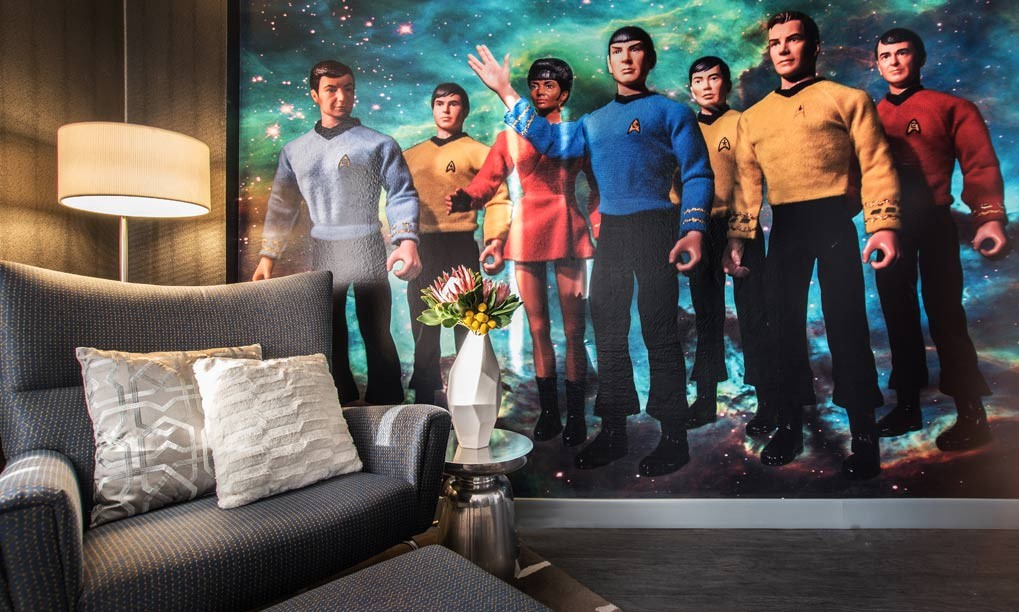 Enjoy a walk in the stars with this intergalactic pad! With Kirk, Spock, Sulu and rest of the Enterprise crew for company, trekkies won’t want to ever leave. So get ready to ‘live long and prosper’ in the Curtis’s Star Trek themed room.

Witness the magical aura of Harry Potter and the wizard world with this beautiful Harry Potter themed room at the Georgian House. Themed and designed to emulate a wizard’s chambers, this room gives off a mysterious gothic vibe. Wannabe wizards will appreciate the four poster bed, mystic candles and cauldrons that all help to complete this magical experience.

If you love Frozen, you’ll love the Hotel de Glace – Quebec City’s Ice Hotel. The hotel was actually inspired by Disney’s Frozen, and features several ice themed rooms that have been inspired by Elsa, Anna and the castle from the film. 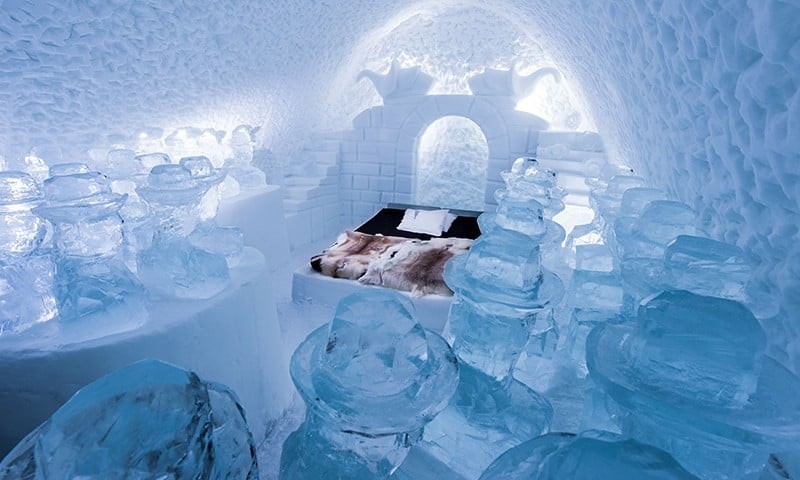 Here’s another ice themed hotel with ice themed rooms – the Ice room at the IceHotel. Spending one night here is a surreal experience. Despite temperatures in the suites being as low as -5 to -8 degrees Celsius, you’ll be sleeping on Carpe Diem beds that are covered with reindeer hides, and you’ll also be provided with thermal sleeping bags for extra warmth. 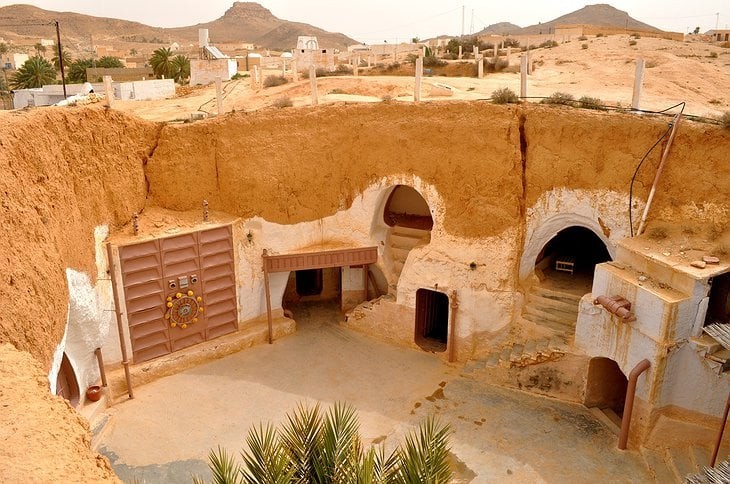 Hotel Sidi Driss is a perfect destination for hardcore Star Wars fans! The hotel is actually housed where the original film set of Luke Skywalker’s Tatooine home from the Star Wars film trilogy was shot. 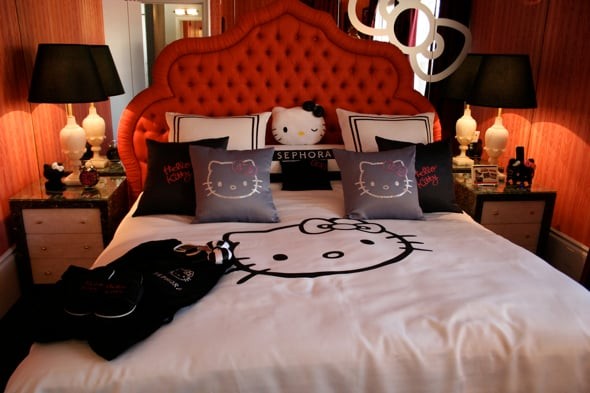 If you can’t make it to Malaysia, this vintage Hollywood style Hello Kitty suite at Maison 140 Beverly Hills is an adorable haven for Hello Kitty Fans. From Hello Kitty wallpaper to a Hello Kitty themed dresser to even the bathroom shower curtain, everything is done in super cutesy Hello Kitty style.

Wondering if you can rent a hotel room for just a few hours? Some hotels actually offer that kind of service, click here for more details.