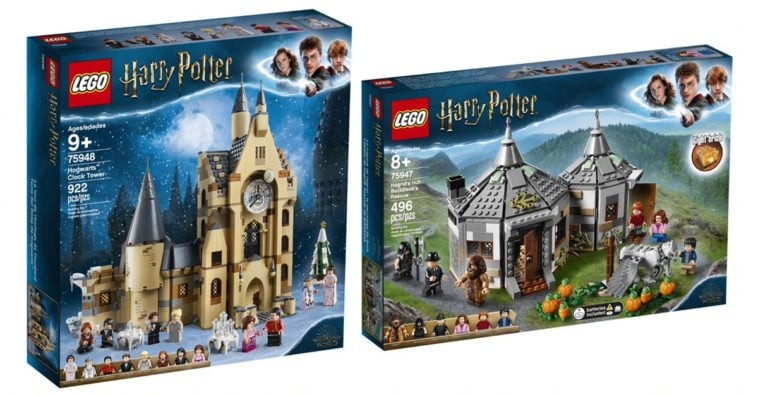 The LEGO Group has unveiled five new Harry Potter-inspired building sets that feature some of the most iconic scenes from the movie franchise. 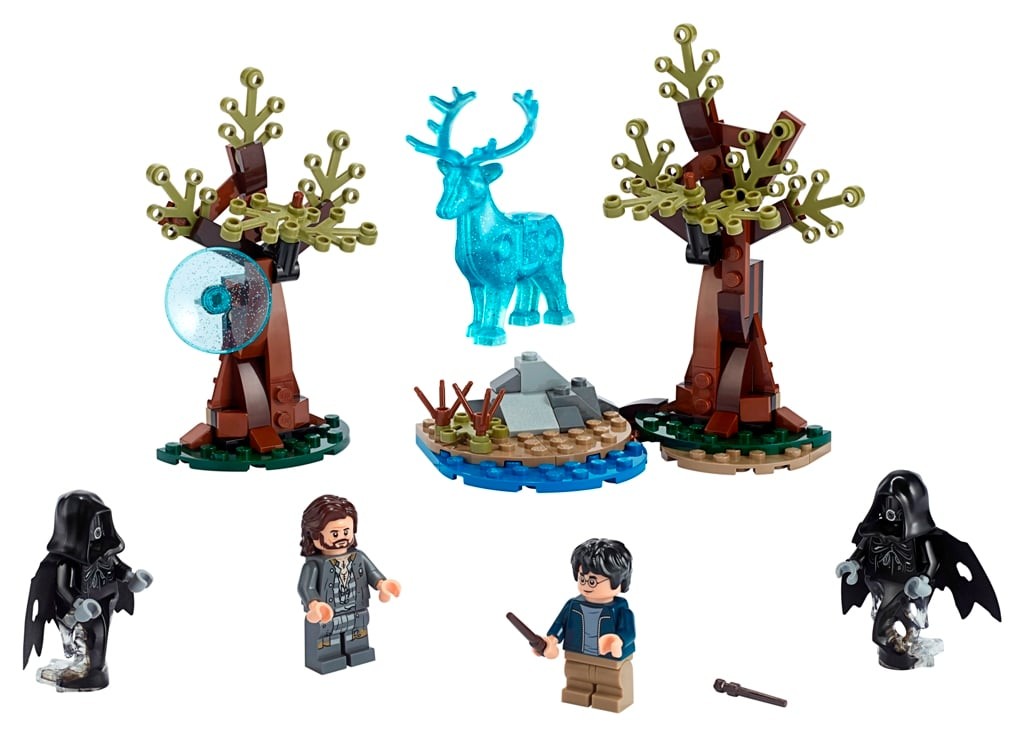 Help Harry Potter defend his godfather Sirius Black from the Dementors in this set that lets you recreate the Attack at the Great Lake scene featured in the 2004 movie Harry Potter and the Prisoner of Azkaban. With a price tag of $19.99, this 121-piece set includes minifigures of Harry Potter, Sirius Black, and two Dementors.

The set also comes with a small lakeside build, two buildable trees with a spell-cast shooting function, and a semi-transparent glittering stag figure with room for a minifigure on top. It also includes Harry’s wand to cast the Expecto Patronum spell. 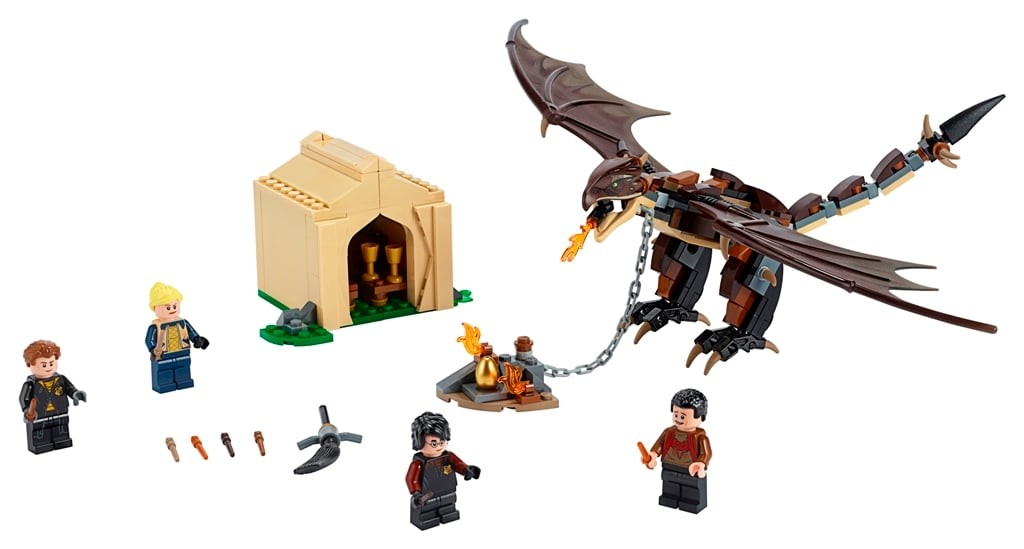 Relive some of the exciting moments from the Triwizard Tournament with this 265-piece set that includes minifigures of Harry Potter, Fleur Delacour, Cedric Diggory, and Viktor Krum, complete with their respective wands. This $29.99 toy features a posable Hungarian Horntail dragon which guards the mysterious golden egg that the Triwizard Tournament champions need to retrieve in order to be hailed as the winner of the task.

The set also includes a buildable opening tent which has two cups, a bed, and a small shelf and potion bottle inside. Also included in the set is Harry’s Firebolt racing broomstick, a rocky environment containing the golden egg, and a chain to attach the dragon. 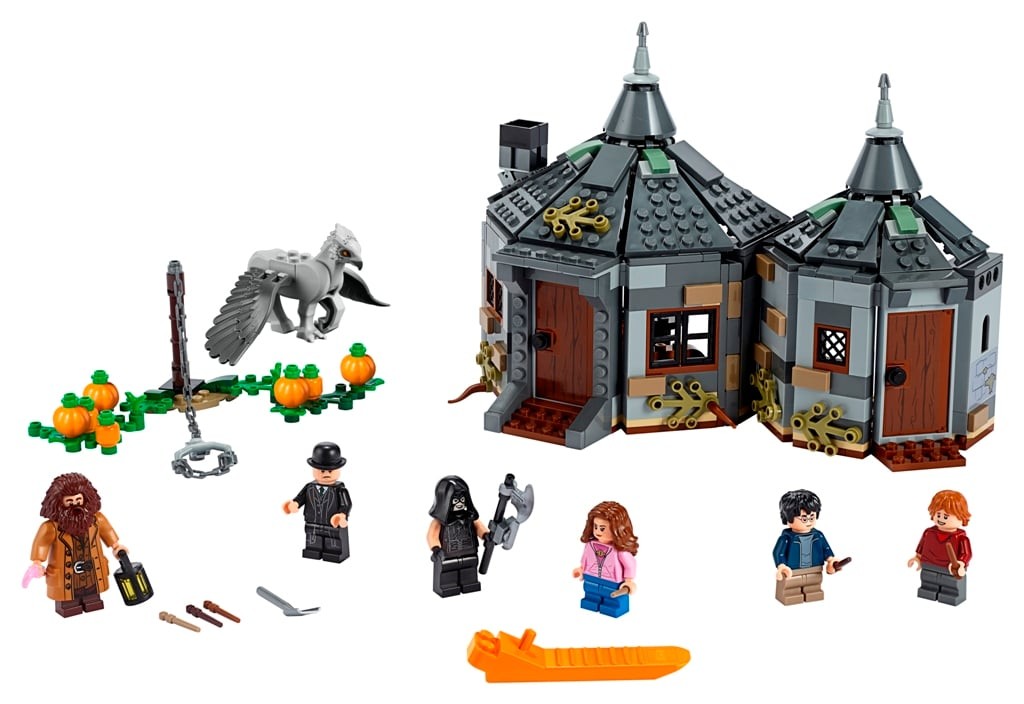 Assist Harry Potter, Hermione Granger, and Ron Weasley in saving Buckbeak from getting executed in this 496-piece set that also features Hagrid’s two-section buildable woodland hut with a pumpkin patch outside.

This $59.99 set includes six minifigures: Hagrid, Harry Potter, Ron Weasley, Hermione Granger, Executioner, and the Minister of Magic, plus a figure of Buckbeak the Hippogriff with moveable wings and head, restrained by a removable chain. 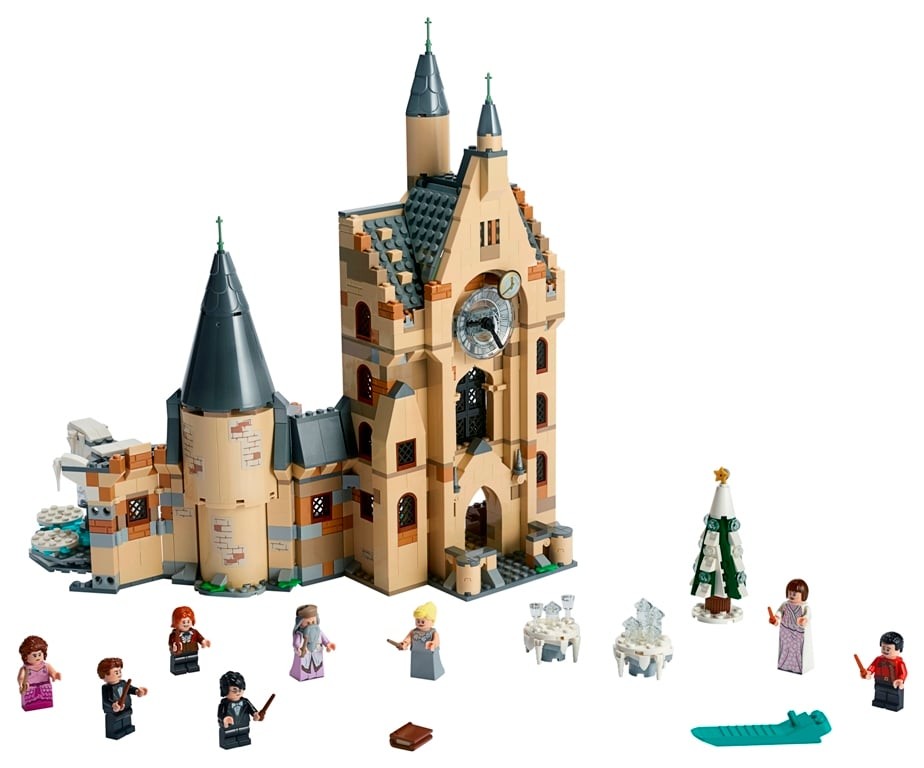 Explore the every corner of Hogwarts’ Clock Tower with this 922-piece set that features the iconic building’s Entrance Hall, Defense Against the Dark Arts classroom, Hospital Wing, Prefects’ Bathroom, Dumbledore’s Office , and a section of icy decorations for the Yule Ball, which includes two icy tables with two glasses, buildable icy sculpture, and a Christmas Tree.

The Clock Tower itself has a clock-changing mechanism for kids to create Time-Turner time travel adventures, as well as a “dance” function to get everyone at the Yule Ball rocking. 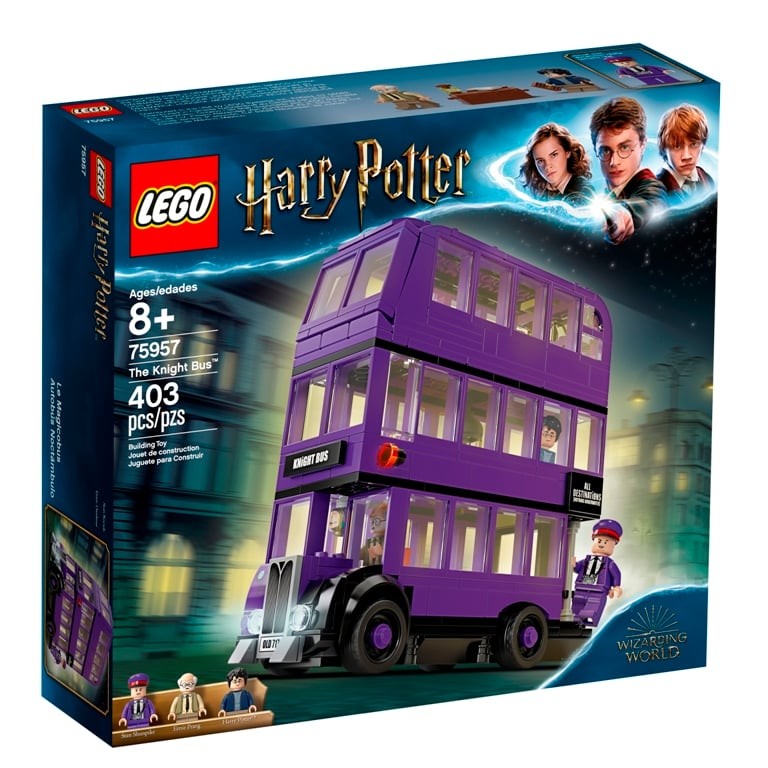 This 403-piece purple triple-decker bus called The Knight Bus features an opening hinged side panel and a removable roof for easy access to the interior, which houses a cheeky Shrunken Head, a Harry Potter’s chest, a sliding bed, and a swinging chandelier that move as the bus swerves and turns. This $39.99 set also includes minifigures of Harry Potter, Stan Shunpike, and Ernie Prang.

All these five sets will be available starting on August 1st. Exactly a month after that, The LEGO Group will be releasing the Harry Potter Advent Calendar — a 305-piece set which gives kids a magical surprise LEGO Harry Potter toy every day for 24 days.