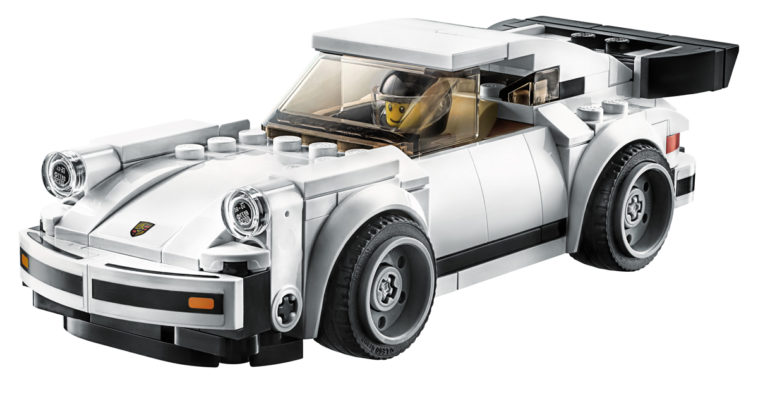 One of the world’s most recognizable classic sports cars is getting the LEGO treatment.

LEGO announced today that a 180-piece LEGO replica of the 1974 Porsche 911 Turbo 3.0 sports car will be hitting the shelves in August.

The newest addition to LEGO’s Speed Champions lineup, Porsche 911 Turbo 3.0 is a black and white buildable toy car model for kids 7 years old and up. It features a minifigure cockpit with a removable windshield, wheels with rubber racing tires, and authentic design details such as the 911 Turbo’s iconic whale tail-shaped rear spoiler.

The playset also includes a classic Porsche 911 driver minifigure and three traffic orange cones, which allow young and young-at-heart builders to play out different race scenarios. The minifigure also comes with a Porsche 911 driver’s helmet, and can be put inside the car by removing the windshield.

This super cool toy model car makes a great birthday gift for kids. And with a measurement of over 1 inches high, 5 inches long, and 2 inches wide, this sports car replica also makes a stunning display at home or office.

With a price tag of $14.99 each, the LEGO Speed Champions 1974 Porsche 911 Turbo 3.0 will be available directly from LEGO Stores and shop.LEGO.com starting August 1st.