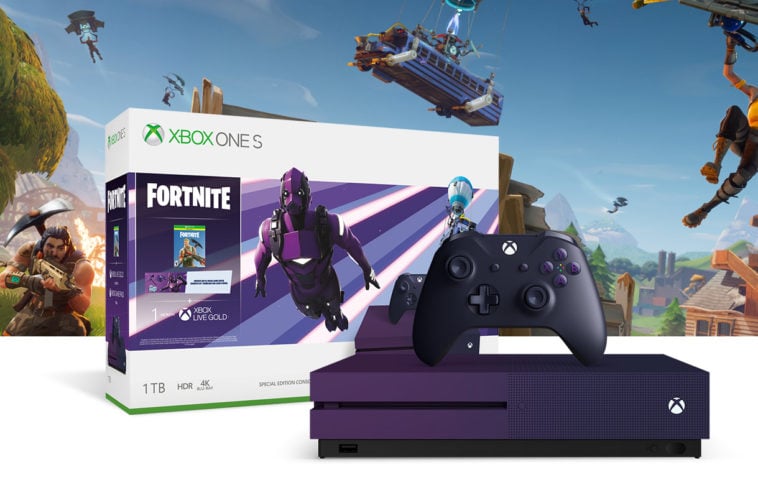 Microsoft is redefining the meaning of battle ‘royale’ with its new regal purple Fortnite Edition Xbox One S.

Rumors about the new Xbox One S spread after a few leaks caught wind of some seemingly official images for a promotional release of this collaborative product. But while opinion was unanimous that these images are most likely real, the focus on the speculation was exactly when Microsoft would announce the product.

Well, here we are a month later, finally confirming the release. As detailed by the previous reports, this special Xbox One S Edition will be bundled with a copy of Fortnite Battle Royale, 2,000 V-bucks (in-game currency), along with some other in-game exclusives.

In addition to that, the special edition Xbox S will come with an extra wireless controller, as well as a one-month free trial of Xbox Game Pass and Xbox Live Gold. The Xbox One S itself comes with 1TB of storage space.

In celebration for this year’s E3 conference, the Xbox One S Fortnite Edition will be available for a special, limited-time starting June 7th until June 17th for $250. After Jue 17th, the price will go up to $299.