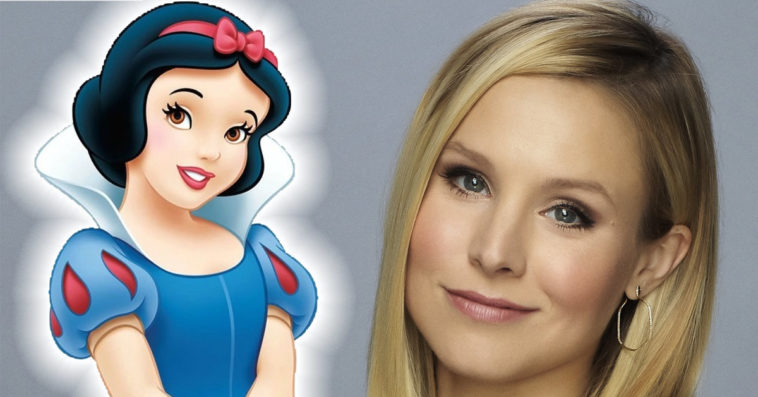 Despite being a Disney Princess herself, 38-year-old Kristen Bell believes some Disney tales send kids the wrong message.

In a recent interview with Parents, Bell revealed that when she reads stories like Snow White she finds herself reminding her two daughters about important lessons like ‘stranger danger’ and consent.

For example, in the famous scene where the old witch gives Snow White an apple, Bell says she reminds 5-year-old Lincoln and 3-year-old Delta to never take food from a stranger. She said she asks her girls “Don’t you think it’s weird that Snow White didn’t ask the old witch why she needed to eat the apple? Or where she got that apple?”

Also bothersome to Bell is the kiss that the prince planted upon Snow White as she slept. She says she finds it “weird that the prince kisses Snow White without her permission,” and explains to her two daughters that “you can not kiss someone if they’re sleeping!”

Bell says though Disney classics like Snow White remain in her bedtime story rotation, she favors books like ‘Grump Monkey’. She explains that the book does a good job at teaching kids about emotions and dealing with them appropriately.

According to the report, Bell has become so enthused by her girls’ fascination with books that she’s now in the process of writing her own children’s story.

Its safe to assume that the next few months will be filled with updates about her upcoming Veronica Mars reboot, as well as her yet-to-be-titled book.