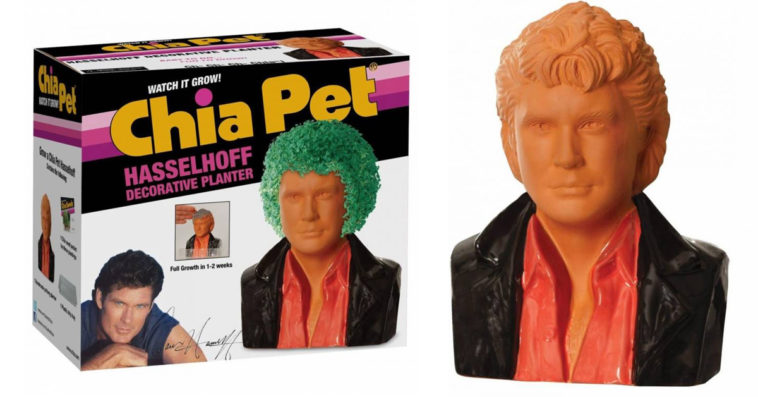 David Hasselhoff is the latest celebrity to have his own Chia Pet.

The ‘80s and ‘90s icon has played several notable roles on TV and films, but toy and collectibles company NECA ― which bought the Chia Pet brand in 2018 ― went with the actor’s Knight Rider look for the planter.

Made in terracotta, the David Hasselhoff Chia Pet is beautifully sculpted in the likeness of the actor’s Knight Rider character Michael Knight, complete with a black leather jacket on top of a peach dress shirt with at least two or three buttons left undone.

The David Hasselhoff Chia Pet will come to life in just days and achieve maximum growth in 1 to 2 weeks after planting. If done right, the Chia Pet’s mud-grown seeds will serve as the actor’s luscious locks.

This handmade pottery planter comes with 1 packet of Chia seeds that is good for 3 plantings, a convenient plastic drip tray, as well as planting and care instructions. Like any Chia planter, this one can be replanted with Chia-like seeds such as basil or alfalfa, and can also be washed and replanted indefinitely. 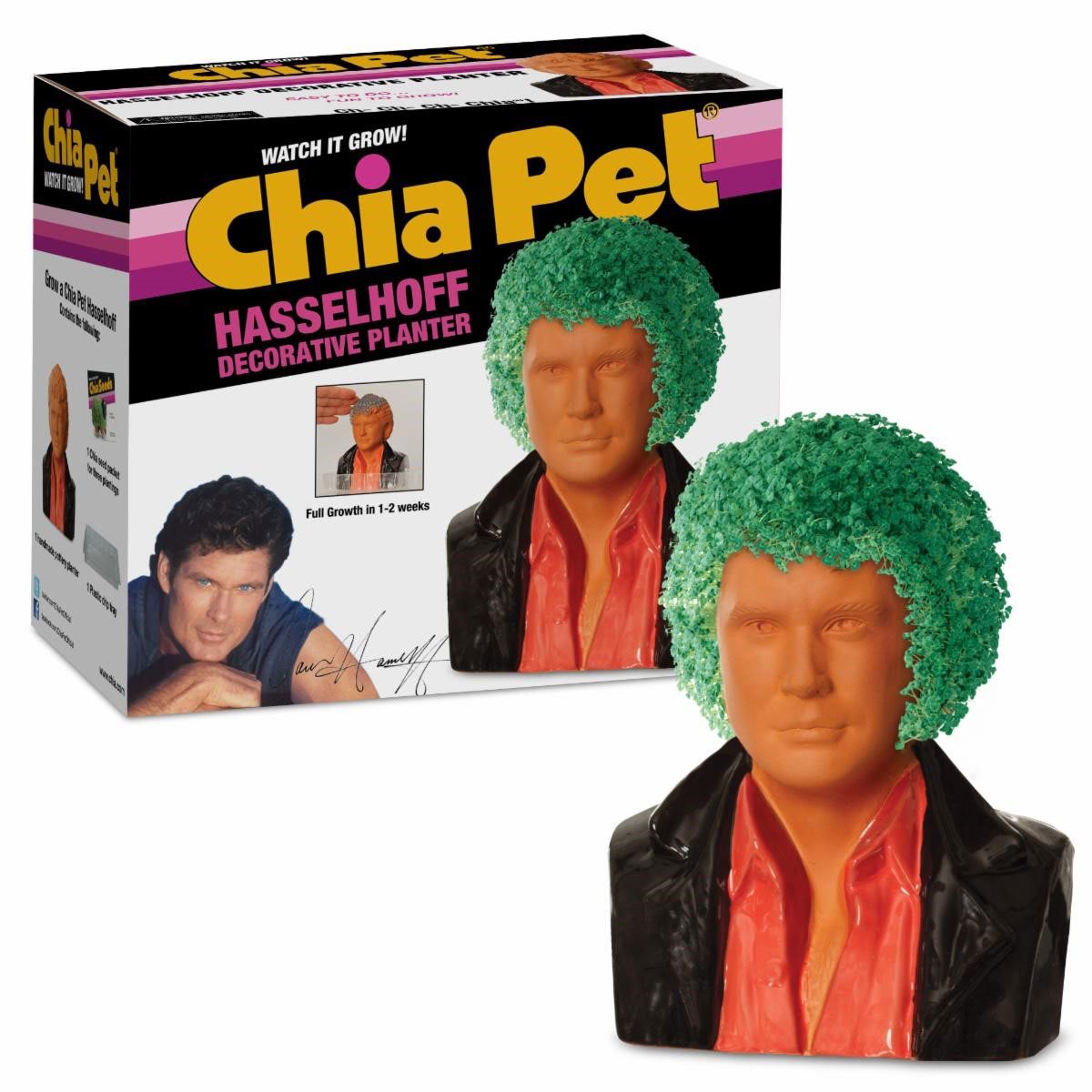 The David Hasselhoff Chia Pet is now available for pre-order on Entertainment Earth for $19.99 with shipping slated for April.

Dubbed as the most-watched man on TV of all time, Hasselhoff first appeared as crime-fighting KITT driver Michael Knight in the original Knight Rider TV series, which aired for four seasons on NBC from 1982 to 1986. He then reprised the role in two TV movies: 1991’s Knight Rider 2000 and 2008’s Knight Rider.

Last August, it was announced that a film based on the original Knight Rider TV series is being developed by Spyglass Media Group and Atomic Monster’s James Wan and Michael Clear, with former video game writer TJ Fixman adapting the screenplay. While Hasselhoff isn’t entirely involved in the reboot, the actor revealed in a recent interview with Consequence of Sound that the people behind the new movie have given him the opportunity to throw his two cents on the project.

Hasselhoff is also known for his role as Dr. Snapper Foster on the CBS soap opera The Young and The Restless and lifeguard Mitch Buchannon in the Baywatch franchise.