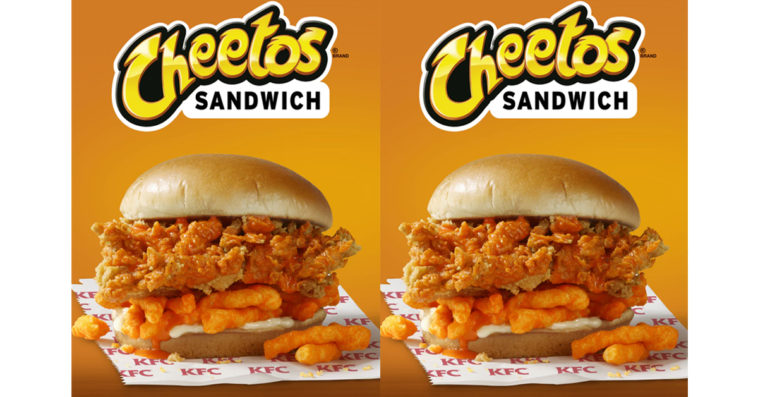 If you love anything cheesy then KFC’s newest chicken sandwich would be heaven to your taste buds.

The fast-food restaurant teamed up with snack maker Frito Lays and came up with what they called as KFC’s Cheetos Sandwich. If you’re thinking that KFC just added some Cheetos to its regular chicken sandwich to create its latest menu addition, then you’re definitely wrong.

According to KFC, its Cheetos Sandwich is “made by coating a juicy, hand-breaded Extra Crispy chicken filet with special Cheetos sauce and placing it on a toasted bun with mayo and a layer of crunchy Cheetos.” Since the sandwich doesn’t include any kind of veggie, its patty is mostly colored orange.

“Both KFC and Cheetos have dedicated fan bases loyal to each new creation,” a spokesperson for the chain said in a statement. “It only made sense to merge these two iconic brands together to provide an irresistible and flavorful sandwich that gives the best of both worlds.”

This isn’t the first time KFC has come up with a novelty sandwich. Just last year, the restaurant brought so much joy to fast food fans when they began to offer the Pickle Fried Chicken and the limited edition Chicken & Waffles.