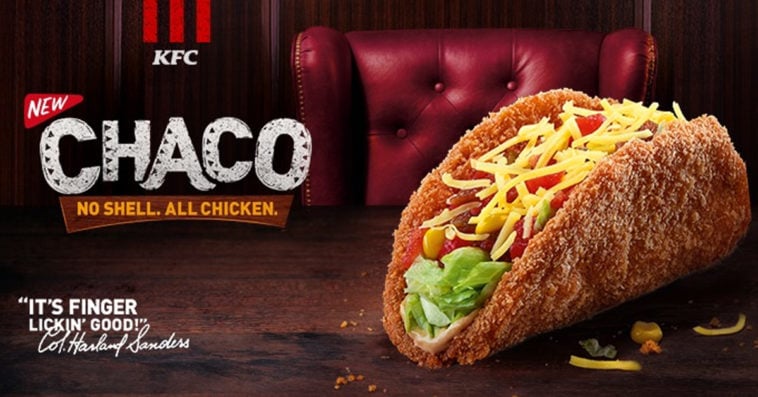 A combination of the traditional Mexican taco and KFC’s signature finger-lickin’ good chicken, Chako switches the taco’s crunchy corn shell with a fried chicken fillet. Folded like a taco, this is then stuffed with shredded lettuce, salsa, corn, taco-spiced mayo, and lots of grated cheese.

KFC Chaco is currently only available in the Philippines and it’s unclear whether there are plans to bring it over to the U.S. and other countries.

Though there’s a slim chance for KFC Chaco to be offered in the U.S., KFC fans in the country have already had some fair share of the restaurant chain’s delightfully weird food items.

For instance, earlier this year, KFC USA teamed up with snack maker Frito Lays and came up with what they called a Cheetos Sandwich. According to KFC, its Cheetos Sandwich is “made by coating a juicy, hand-breaded Extra Crispy chicken filet with special Cheetos sauce and placing it on a toasted bun with mayo and a layer of crunchy Cheetos.”