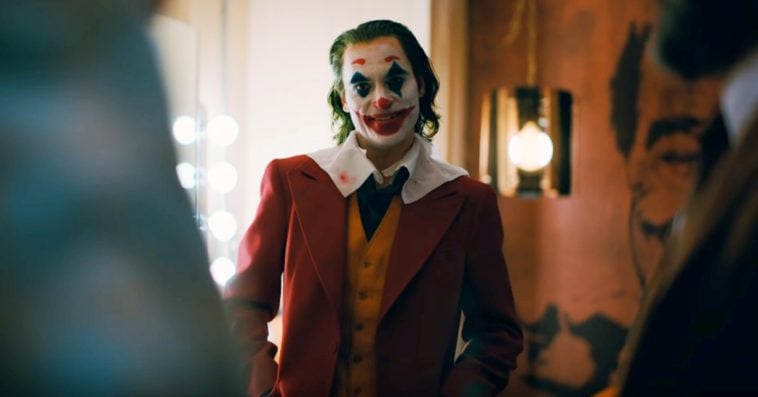 The final trailer for Todd Phillips’ Joker is here and it teases the dark path the title character took before earning the notoriety of being Batman’s greatest villain ever.

The trailer confirms that Arthur Fleck (Joaquin Phoenix), aka the Joker, is a clown-for-hire by day and an aspiring stand-up comic at night who is struggling to make ends’ meet in Gotham’s fractured society. As if his poor living condition is not miserable enough, Arthur, for some reason, always finds the joke on him.

As seen in the video, Arthur is fired from his day job and even becomes the laughing stock of the viewing public when Murray Franklin’s (Robert De Niro) late-night TV show played a clip of one of Arthur’s stand-up performance to draw laughter at his expense.  Tired of always being the victim and the odd man out, Arthur joins a violent group of clown mask-wearing protesters and eventually gains the respect he thinks he deserves. At the end of the trailer, he’s even got invited at Murray’s TV show where he asks to be introduced as the Joker.

New trailer. #JokerMovie – in theaters October 4. ? this tweet to be the first to hear about exclusive content leading up to opening weekend. pic.twitter.com/dMdLZIjzwz

The trailer also gives fans a look at Arthur’s love interest Sophie Dumond (Zazie Beetz) and the movie’s version of Bruce Wayne’s father Thomas Wayne (Brett Cullen), a billionaire philanthropist running for mayor of Gotham. Unlike in the comics, Cullen’s Thomas plays a role in the Joker’s origins and is less sympathetic than traditional incarnations. In fact, Thomas punches Arthur in the face at some point in the trailer.

READ  Arrow’s upcoming Season 8 will be its last

Written by Todd Phillips and Scott Silver, Joker will premiere at the 76th Venice International Film Festival on August 31st and is scheduled to hit theaters on October 4th.