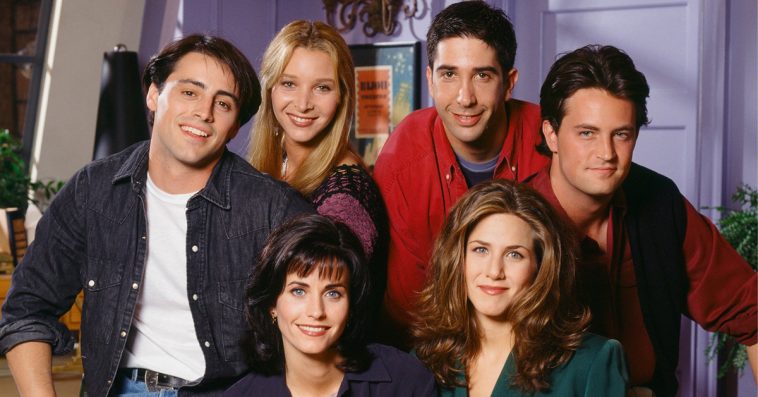 The cast of Friends is cooking up something for the show’s fans.

Jennifer Aniston, who played Rachel Green in the beloved NBC sitcom, surprised Friends superfan Charlie Puth on The Ellen DeGeneres Show on Monday. And since Puth recently hanged out with Aniston’s fellow Friends stars Courteney Cox and Lisa Kudrow, the topic of a potential Friends reunion came up.

When asked by DeGeneres if there’s going to be a Friends reunion soon, Aniston quickly replied, “Like a reboot of the show? No.”

While there’s no Friends reboot on the horizon, Aniston said that she and her co-stars are trying to create something that fans will hopefully enjoy. “Listen we would love for there to be something, but we don’t know what that something is,” the actress explained. “So, we’re just trying. We’re working on something.”

Not satisfied with Aniston’s answers, DeGeneres pressed her if the reunion project is going to be a movie. “Huge, huge, huge movie,” replied Aniston, before backtracking, “No, we don’t know. … I don’t want to lead people on.”

When DeGeneres suggested that the cast of Friends got together earlier this month to probably talk about the reunion project, the actress said that they simply decided to hang out because they “miss each other” and happened “to be on the same part of the world.”

In addition to Aniston, Cox, and Kudrow, Friends also starred Matt LeBlanc, Matthew Perry, and David Schimmer. The entire 10-season run of the series is currently streaming on Netflix but will soon move to WarnerMedia’s upcoming streaming service HBO Max.