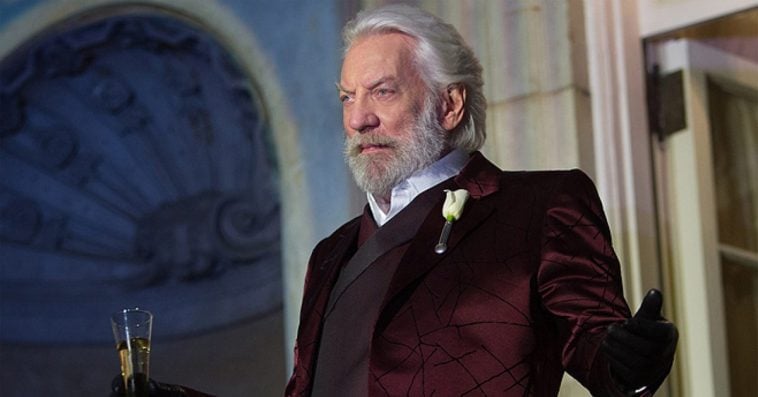 The hero of The Hunger Games prequel The Ballad of Songbirds and Snakes is someone that fans of the novel series are very familiar with.

According to a surprising new report by Entertainment Weekly, Coriolanus Snow, the big bad of the Hunger Games trilogy, is the main protagonist of Suzanne Collins’ upcoming book. The character was played by Donald Sutherland in the series’ movie adaptation.

In the Hunger Games trilogy, Coriolanus was the tyrannical president of Panem. But in the prequel, which is set 64 years before the events of The Hunger Games, he’s a friendly and charming teenager who searches for something more despite being born to privilege.

Based on a newly released excerpt from the novel, Coriolanus is one of the Academy’s high-honor students who are set to graduate in midsummer. But before he graduates, Coriolanus is tasked to mentor one of the tributes in the 10th Hunger Games. “If he gave an impressive performance as a mentor, with his outstanding academic record, Coriolanus should be awarded a monetary prize substantial enough to cover his tuition at the University,” read a portion of the excerpt.

To make the annual Hunger Games more engaging, organizers have decided to pair 24 of the Academy’s best and brightest seniors with the 24 tributes from the 12 defeated districts — a first in the history of the Hunger Games.

The pairing is announced during the reaping ceremony by Dean Casca Highbottom, the man credited with the creation of the Hunger Games, and the one who also oversees the mentor program. Coriolanus knows that the “the better-fed, more Capitol-friendly districts of 1 and 2 produced more victors, with the fishing and farming tributes from 4 and 11 also being contenders.” Unfortunately, none of those tributes is paired with him.

Livia Cardew is revealed to be the mentor for District 1 boy, Sejanus Plinth for District 2 boy, and Clemensia Dovecote for District 11 boy. As Dean Highbottom nears the bottom of the list, Coriolanus starts to think that they have forgotten him. But at the end of the announcement, much to his horror, Coriolanus is paired with District 12 girl. Read the full excerpt here.

Published by Scholastic, The Ballad of Songbirds and Snakes is set to be released on May 19th.