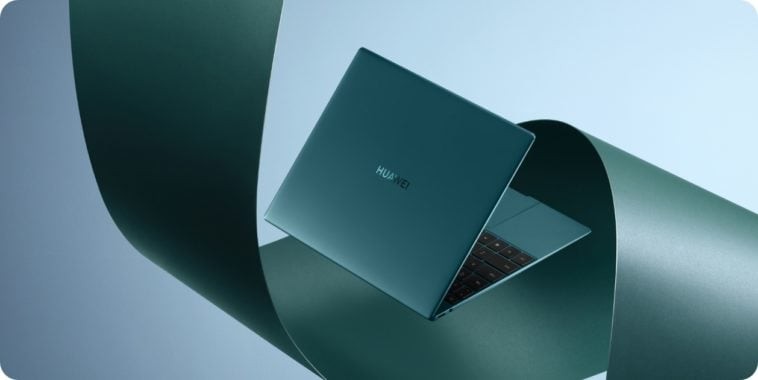 Today, Huawei is launching two new laptops to join their MateBook family. First is the new, sleek and lightweight MateBook 14 that equipped with the company’s FullView display and high-performance internals to provide an all-around, all-scenario laptop. And second is the even more portable and beautifully designed, MateBook X, which was one of our favorite laptops back in 2018. 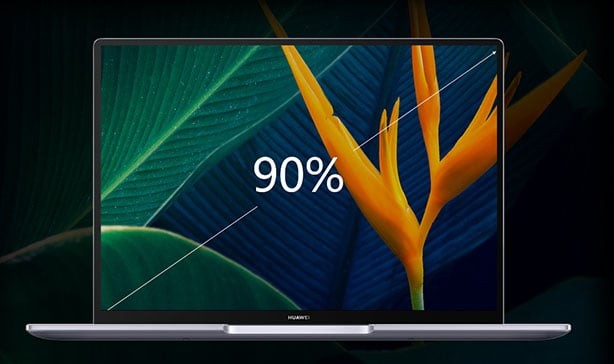 Despite the device being compact at just 15.9mm thin, the MateBook 14 houses a 14-inch IPS FullView display that achieves a screen-to-body ratio of 90%. It also offers a 3:2 aspect ratio with a resolution of 2160×1440. Huawei is also offering a variant with a 2K FullView display with multi-touch and support for multi-touch gestures. The whole device is covered in a sandblasted body that produces an elegant design with a better grip that goes well with its portability. 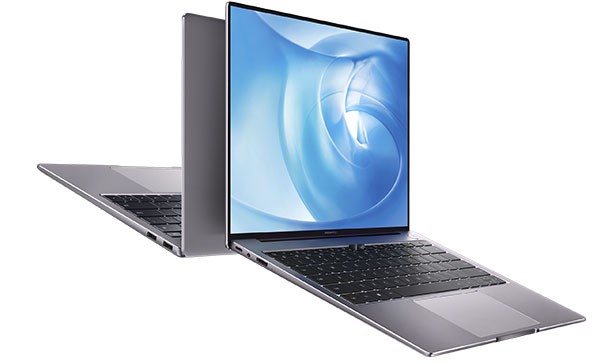 Internally, the MateBook 14 is now equipped with an AMD Ryzen 4000 H-series processor with AMD Radeon Graphics. It’s paired with up to 16GB of DDR4 RAM and up to 512GB PCIe SSD.

To help improve both cooling and fan acoustics, the MateBook 14 utilizes Huawei’s dual Shark fin fans now redesigned with a denser fin to keep the device from getting too hot while minimizing fan noise despite heavy use. 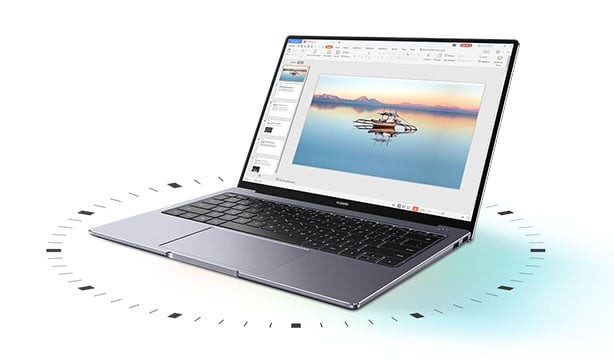 The laptop houses a 56Wh battery that’s able to provide up to 10 hours of continuous local video playback at 1080p thanks to Huawei’s smart power management solution. Additionally, users will be able to recharge quickly with the portable SuperCharge charger when their device’s battery has been depleted. USB ports are also always-on so users can charge other devices even when the laptop is turned off. 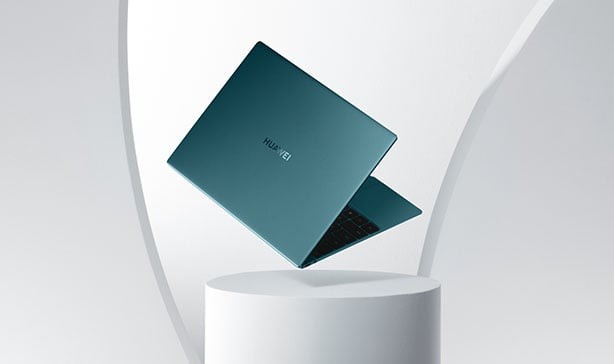 Pushing boundaries even further, the Huawei MateBook X is an even lighter notebook with a thinner body. At just 13.6mm thin and weighing a mere 1kg, the device boasts of being as light as a magazine and smaller than an A4-sized piece of paper.

In addition to being small and think, the MateBook X also offers incredibly beautiful and durable designs. Inspired by iridescent pearls and glitter, users are given a choice of four glitter-infused colorways: Silver Frost, Forest Green, Interstellar Blue, and Sakura Pink. The body is built with lightweight magnesium and finished with an advanced spraying process to provide a smooth and skin finish. 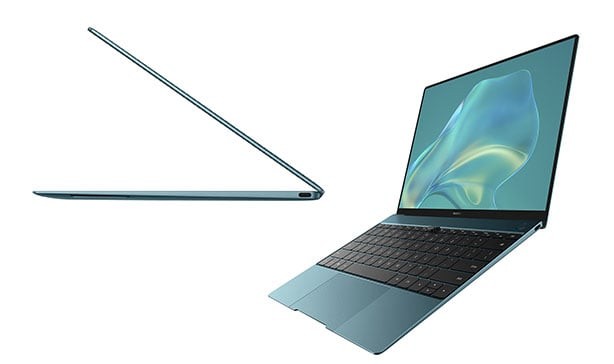 The MateBook X also sports a smaller 13-inch FullView display similarly boasting of a 90-percent screen-to-body ratio. It also sports a 3:2 aspect ratio but does offer a larger 3K resolution at 3000×2000.

The MateBook X is the first to equip Huawei’s Free Touch click pad. This should offer incredible responsiveness and haptic feedback for a more lifelike experience. It’s also larger in size compared to previous models and has the Huawei Share tag embedded for quick access to Multi-Screen collaboration.

For audio, it packs a quad-speaker setup with split-frequency. Two tweeters can be found under the keyboard and the whole system supports virtual 5.1 channel output for a broader sound experience. 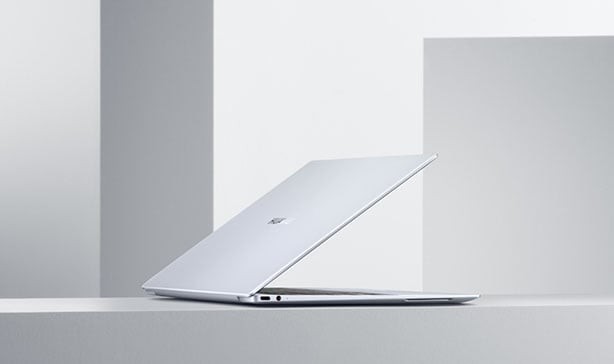 Internally, it’s powered by the latest 10th Generation Intel Core i5 processor matched with Intel UHD Graphics, 16GB of DDR3 RAM, and 512GB PCIe SSD which are, again, more than enough for everyday tasks. This MateBook X is also the first PC in Huawei’s lineup to offer Wi-Fi 6.

Lastly, the MateBook X houses a 42Wh battery supported by a 65W charger. You can also use this SuperCharge charger on other Huawei devices that support it. 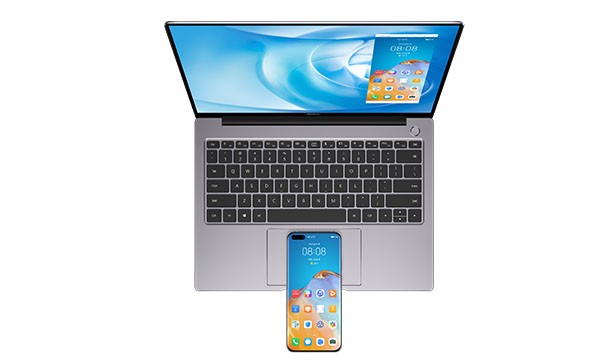 Both devices, of course, support various features exclusive to the Huawei Ecosystem. Huawei Share provides an easy way to transfer to and from different Huawei devices. Both also support Multi-Screen collaboration which offers direct access to a connected Huawei Smartphone.