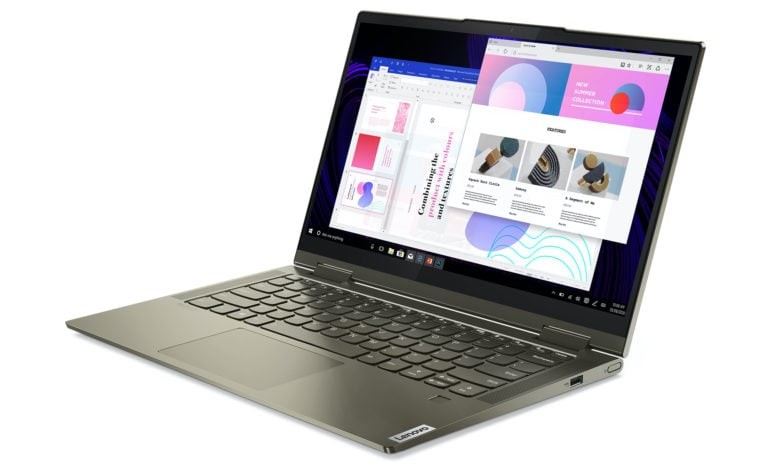 Previously released as the Yoga C640 and Yoga C670, Lenovo has announced that these previous models are adopting the company’s new naming system and are now called the Yoga 6 and Yoga 7i, respectively. In addition to that, these models are also being updated both internally and externally for release this fall.

The Yoga 7i is the company’s newest 2-in-1 convertible laptop that comes in either 14-inch or 15-inch screens. Both laptops house a full HD Wide Viewing Angle touchscreen display, but the Yoga 7i offers Dolby Vision as well as FHD VESA400 DisplayHDR technology to provide even richer and brighter images.

Its bezels have also been reduced by 20% providing more screen real estate for multitasking or media consumption. Additionally, the camera has been moved up to avoid disturbing the full screen with a notch and, instead, it adopts a nega-notch above the bezels. 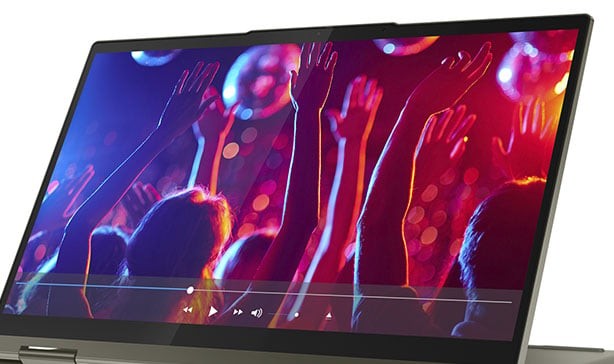 At a later date, the devices will feature the latest Intel Core processors and Intel integrated graphics. It’s paired with up to 16GB of RAM and up to 1TB of SSD storage. Connectivity features include WiFi-6, Bluetooth 5.0, and two Thunderbolt 4 ports. The Yoga 7i also comes preloaded with Amazon Alexa.

You can instantly boot up the laptop by opening its lid thanks to the new Flip to Boot feature. It’s also been fitted with new front-facing speakers with support for Dolby Atmos for truly immersive experiences.

As for its battery, the Yoga 7i comes with a 71Wh battery that’s able to provide up to 13 hours of battery life for the 15-inch model and up to 16 hours on the 14-inch model. Support for Rapid Charge Express is also available. 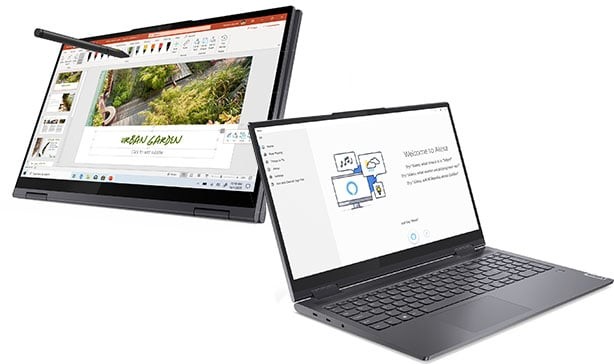 Additional features for the Yoga 7i include an integrated fingerprint reader, TrueBlock webcam privacy shutter, and support for the optional active pen.

For those who prefer a smaller device, the 13.3-inch Lenovo Yoga 6 packs an AMD Ryzen 7 processor with built-in AMD Radeon graphics. It’s matched with up to 16GB of RAM and 1TB of SSD storage to power through everyday tasks. 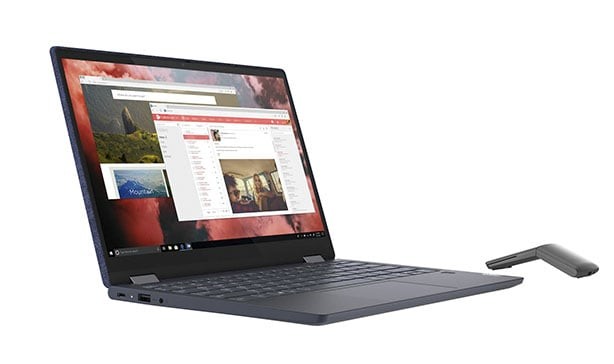 It also sports a unique hybrid design of metal and fabric by covering the top with blue, stain-resistant fabric and it’s equipped with Dolby Atmos-supported front-facing speakers. 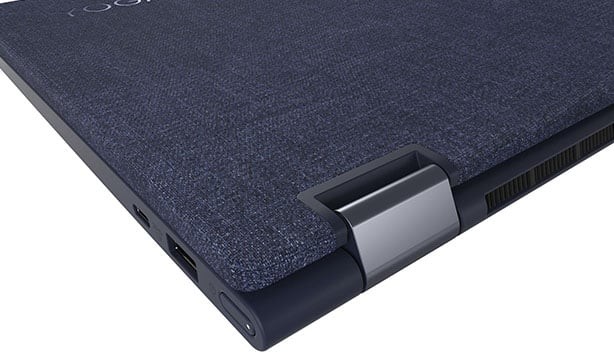