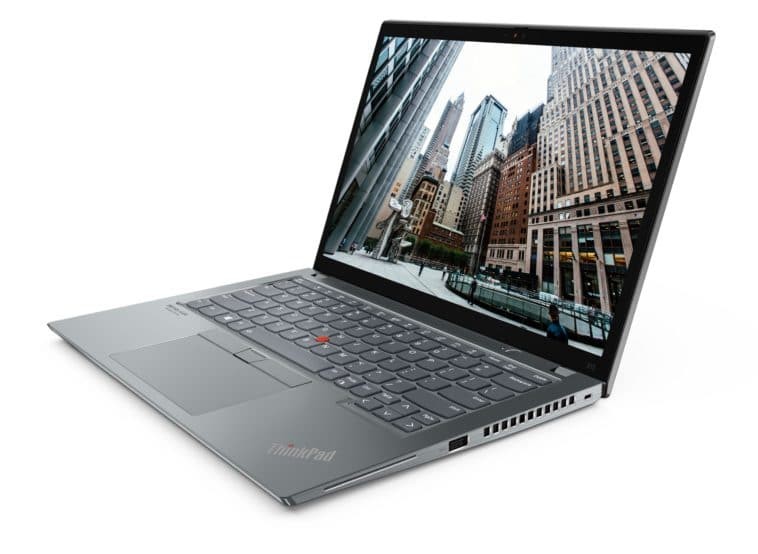 Lenovo just announced a slew of new devices that are able to offer new 11th Gen Intel Core vPro or AMD Ryzen 5000 series processors. The company’s new releases include refreshed favorites like the X13 and the X13 Yoga, update T and L series models, some desktop options, and much more. Improvements have been made across different aspects of each device including better web cameras and displays, Wi-Fi 6E technology, and improved 5G connectivity among others.

Starting with the ThinkPad T Series. The ThinkPad T14s i, T14, and T15 are now powered by 11th Gen Intel processors while the ThinkPad T14s and ThinkPad T14, on the other hand, have AMD Ryzen 5000 Series processors. The Intel-powered laptops can be mated with either Intel UHD graphics, Intel Iris X, or NVIDIA MX450 while the Ryzen models support integrated AMD Radeon Graphics.

For users focusing on portability, Lenovo offers new versions of the ThinkPad X13 and the X13 Yoga. Most prominently, the new ThinkPads now sport a 16:10 aspect ratio for its displays with always-on, always-connected technology for the utmost efficiency. They will also, of course, sport either 11th Gen Intel Core or AMD Ryzen 5000 series processors.

Like the T-series, the X13 and the X13 Yoga now sport a stronger aluminum chassis. It also adopts other similar improvements such as the integrated fingerprint reader, Dolby user-facing speakers, FHD hybrid IR webcam, and more.

Those needing just a tad bit more power can look to the ThinkPad P series. The ThinkPad P14s comes equipped with the latest AMD Ryzen 500 series processor with matching AMD Radeon graphics. The 15-inch P15 is also now capable of 11th Gen Intel processors and is paired with more powerful T500 discrete graphics. Boasting of increased CUDA cores and 4GB of VRAM, the P15 is capable of running heavier apps such as AutoCAD LT, Autodesk Revit, and SolidWorks “without missing a beat.” Colors are provided with X-Rite factory color calibration for “out-of-the-box color accuracy.”

Intel variants for new models in the ThinkPad P-series will also carry Wi-Fi 6E technology while AMD variants will have Intel Wi-Fi 6. It will also have HD or HD Hybrid IR webcams, Dolby speakers, an integrated fingerprint reader, and an optional SmartCard reader.

And finally, as the most affordable of the new releases, the ThinkPad L14 i and L15 i now join the L13 and L13 Yoga in carrying 11th Gen Intel processors. Apart from its internal upgrade, the new models also offer improved security and connectivity features. The L14 and L15, on the other hand, will be powered by AMD Ryzen 5000 series processors.

Lenovo is also introducing a new monitor option in the form of the ThinkVision P40w monitor. This 39.7-inch display boasts of a 20:9 aspect ratio and a resolution of 5120×2160 WUHD. It also carries TÜV Rheinland Eyesafe Display certification meaning the device is able to filter or lessen blue light to reduce eye fatigue. Ports are plenty with a total of 12 different types including two Thunderbolt 4 ports.

The company boasts of the P40w-20 as the world’s first Intel AMT capable Thunderbolt 4 monitor. Connections are even more stable and secure which is aimed to help remote workers get the most of their time. In line with this, there are also additional features that help create a better digital workspace for remote workers. With the eKVM feature, two PC sources can be accessed in a single click. There’s also True Split that uses Picture-by-Picture to let users view both sources at the same time.

Buy from Lenovo
If you buy something from a GEEKSPIN link, we may earn a commission