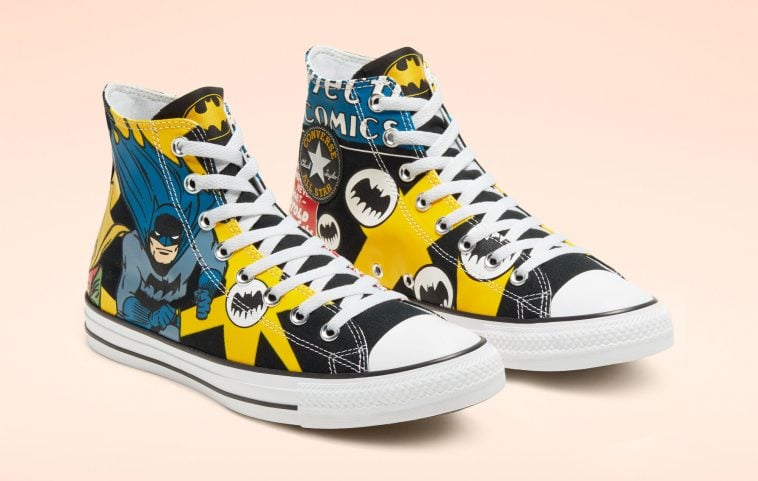 It’s the 80th anniversary of everyone’s favorite Caped Crusader and Converse is joining the celebration by releasing a Batman-themed collection for the whole family.

The collection includes two Chuck ‘70s, two high-top All-Stars, and two low-tops that cover sizes ranging from toddlers to adults. The shoes feature designs that are inspired by the classic Batman with artwork coming from the 1950s, ‘60s and ’70s. Being heavily inspired by the Pop Art style, the Converse x Batman capsule collection offer colorful, classic prints that are sure to induce a feeling of nostalgia.

The Chuck ‘70s both feature that classic pink and yellow Batman logo first seen on Batman #220 which was released back in 1970, while the All-Star Hi Top features the cover art from Batman #190 which was released back in March of 1967. Another design for the All-Star Hi Top features Batman and Robin from Detective Comics #164, which is one of the oldest designs in the collection. This one dates back to October of 1950.

Converse is also offering two pairs of low-tops that come in toddler sizes. One of the designs features Joker from Batman #251 (released September of 1973) and the other shoe sports seven different Batman logos that were released between 1940 -1986. 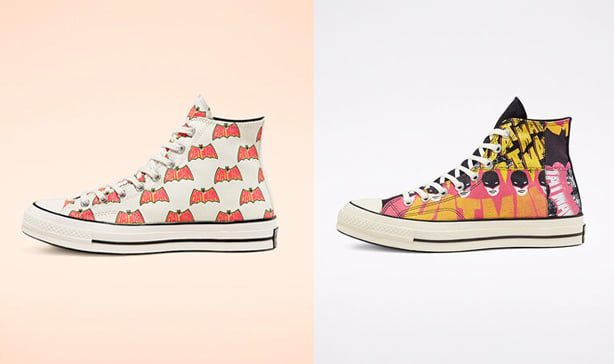 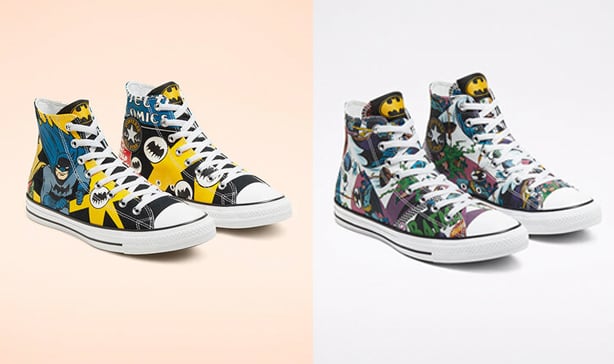 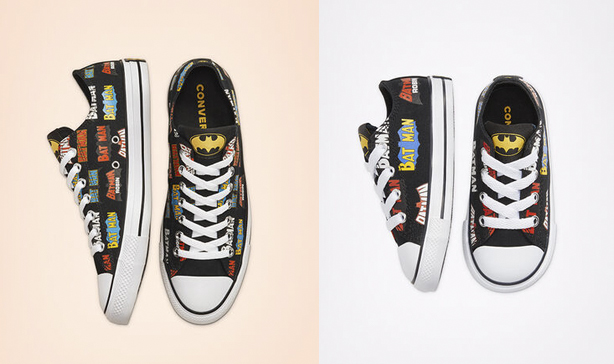 In an interview with Hypebeast, Converse Footwear Designer, Matthew Sleep was asked why they decided to draw inspiration from the classic Batman instead of more recent portrayals to which he replied, “Part of the approach here was to celebrate the different eras of Batman as he’s evolved through the decades – after all it is his anniversary!”

The Batman x Converse’s entire capsule collection is available now on the official Converse website. Price ranges from $35 – $100 depending on style and size.