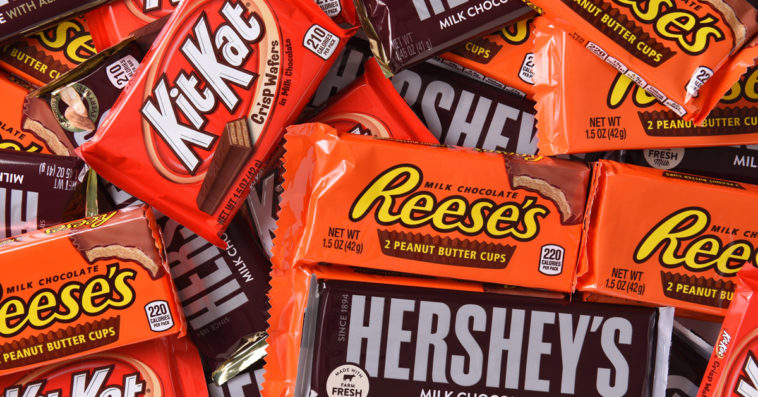 Though CBD-infused candies are on the rise, chocolate manufacturer Hershey has no current plans to jump on the trend.

During an appearance on CNBC’s Squawk Box, Hershey CEO Michele Buck said that the company is closely keeping track of the trend, but adding CBD to its products is something that is not part of its priorities.

“It is a huge trend, so we’re evaluating it but have no plans at this point in time,” Buck said on June 18th.

The CBD trend is growing. Big-name candy and snack corporations are keeping a close eye. https://t.co/m7MJpd48gv

CBD advocates say that intake of the non-psychoactive cannabis compound provides many health benefits such as treating anxiety, relieving chronic pain, and more. However, the number of studies done to confirm those claims is considered not enough.

Though the Food and Drug Administration (FDA) currently prohibits the addition of CBD to food and beverages, change is about to happen. On May 31st, the FDA held a public hearing on the legalization of CBD-infused food and beverages to better understand the compound and how to regulate it.

“Frankly, there’s some work to do from a regulatory perspective,” Buck said. “Currently, it is not legal to ship interstate a food product that has CBD.”

Hershey isn’t the only big company in the food and beverage industry to comment on the rise of CBD-infused products. In an interview with CNBC’s Squawk Box last May, Mondelez CEO Dirk Van de Put said that the snack maker is also exploring adding CBD to its products, but is ultimately waiting for it to become legal. Also last month, ice cream maker Ben & Jerry’s announced that it is open to bringing CBD-infused ice cream to the market as soon as it’s legalized at the federal level.