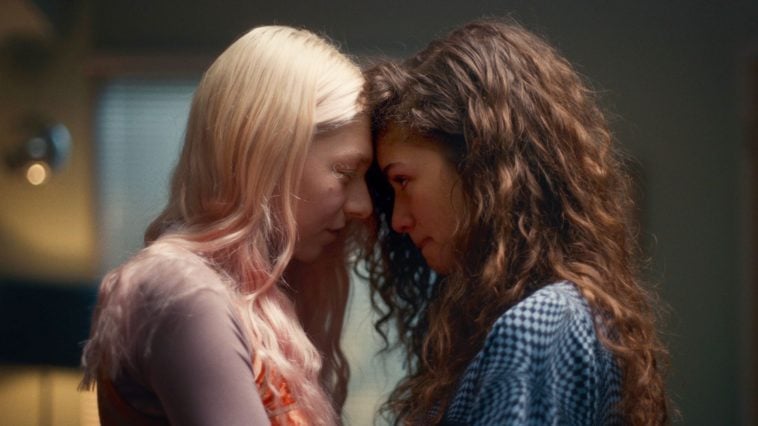 HBO has long had a reputation as the home of acclaimed drama, and expectations were high for Euphoria from almost the second it was first announced in June 2017. Loosely based on the Israeli series of the same name that originally aired in 2012, original creators Ron Leshem, Dapha Levin and Tmira Yardeni were all involved in the development of the American remake.

Second generation filmmaker Sam Levinson, the son of Academy Award-winning Rain Man director Barry, spearheaded Euphoria as the creator, executive producer and showrunner. Using the Israeli series as a jumping-off point, Levinson also drew on his own experiences as a teenager that included struggles with anxiety, depression, and drug addiction, making it an incredibly personal project for the 35 year-old wunderkind.

Levinson’s feature film credits Operation: Endgame, Another Happy Day, and Assassination Nation all had heavy comedic elements, with Euphoria marking just his second foray into dramatic territory having previously co-scripted HBO’s made-for-TV Wizard of Lies, that was directed by his father.

The eight-episode series follows an eclectic cast of characters and traces their experience of sex, drugs, life, love, friendships, identity, addiction, and trauma. After almost a year of development, HBO confirmed that Euphoria had been given a series order with Levinson set to write the entire run.

The talent behind the camera was just as diverse as that assembled on the screen with Drake and Future the Prince among the executive producers, and British musician Labrinth handling the score alongside composer and producer Gustave Rudman Rambali.

Euphoria went about gathering one of the most impressive ensembles of young talent in the industry, with Zendaya cast in the lead role of recovering drug addict Rue Bennett. Levinson recruited his Assassination Nation star Maude Apatow to play Lexi Howard, while The Kissing Booth’s Jacob Elordi, The Invisible Man’s Storm Reid, Once Upon a Time in Hollywood’s Sydney Sweeney and The Walking Dead’s Austin Abrams all signed on to play major roles with Hunter Schafer undoubtedly the show’s biggest find in what was her first-ever acting role as Jules Vaughn.

READ  Has Castle Rock been canceled or renewed for season 3?

The premiere aired in June 2019 and Euphoria was almost instantly showered in critical acclaim, with the performances coming in for particular praise. Reviewers were also quick to lavish the series with adulation for the complexity of the narrative and approach to some risky subject matter. It isn’t always an easy watch, but it quickly gained a reputation as one of the most moving and powerful dramas on television, not to mention one of the most visually ambitious. That being said, despite the levels of authenticity and realism, some criticism was aimed at the graphic nudity and sexual content that many found to be excessive and off-putting.

That didn’t stop Euphoria from becoming a major awards season player, with Zendaya scooping the Emmy for Outstanding Lead Actress in a Drama Series, with the show winning a further two prizes from a total of six nominations.

Just weeks after Euphoria had premiered, it was announced that the series had been renewed for a second season, which would have started filming months ago if it wasn’t for the ongoing health crisis. A start date has yet to be locked in, but all signs are still pointing to Season 2 arriving on HBO before the end of 2021.