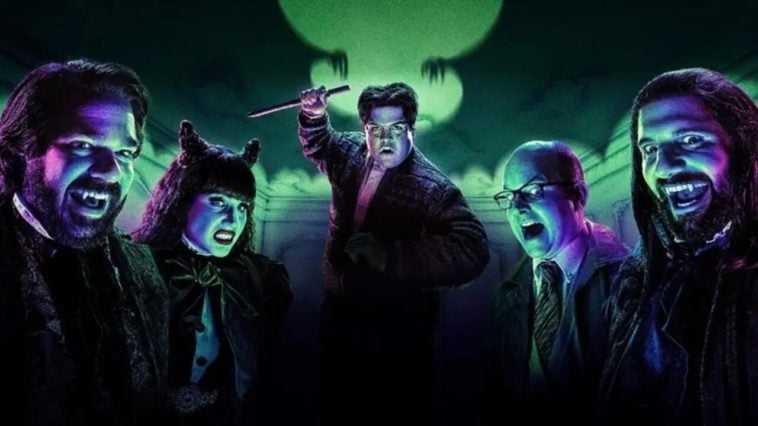 Long before he was an integral part of the Marvel Cinematic Universe thanks to Thor: Ragnarok, became heavily involved in Star Wars by directing the Season 1 finale of The Mandalorian and signing on to helm a standalone movie, not to mention winning an Academy Award for scripting the satirical Jojo Rabbit, Taika Waititi was also responsible for one of the best comedy movies of the last decade thanks to What We Do in the Shadows.

The mockumentary is an irreverent look at the daily trials and tribulations faced by a group of vampires living together in suburban New Zealand. The movie is just as off-kilter as the synopsis makes it sound, and is packed with endlessly quotable dialogue and plenty of scenes that had audiences doubled over in laughter.

There were rumblings of a sequel after What We Do in the Shadows became an instant cult classic, but Waititi instead took the concept to television in a spinoff of the same name. Set in the same world but focusing on an entirely new set of characters, the series picked up right where the movie left off and is every bit as hilarious as its big-screen counterpart.

Kayvan Novak, Matt Berry and Natasia Demetriou play lead characters Nandor the Relentless, Laszlo Cravenworth and Nadja, who embark on a series of misadventures that mine everything from cringe comedy and sight gags to genuinely emotional moments and buckets of blood from the basic setup cribbed from Waititi’s original idea.

Countless guest stars have shown up over the first two seasons including… deep breath… Nick Kroll, Kristen Schaal, Dave Bautista, Tilda Swinton, Evan Rachel Wood, Danny Trejo, Paul Reubens, Craig Robinson, Beanie Feldstein, Haley Joel Osment, Benedict Wong and Mark Hamill as a vampire named Jim. If that wasn’t enough, Wesley Snipes even appears in a meta nod to his days as Blade, with the action hero playing a character named Wesley the Daywalker who is forced to deny that he’s a vampire hunter in disguise.

READ  Has The 100 prequel spinoff been picked up to series by The CW?

The debut season premiered on FX in March 2019 to rave reviews that praised the sheer absurdity on display, and as the first run of episodes maintained a steady average of over a million viewers, a second batch was swiftly ordered before the finale had even aired.

What We Do in the Shadows returned for its sophomore season in April of this year, and delivered more of the same, which is exactly what fans wanted. Ratings may have dipped slightly, but the numbers have held steady nonetheless, which is always a good sign for any show that wants to avoid the dreaded ‘second season syndrome’.

History repeated itself when What We Do in the Shadows was renewed for a third season while the second was still on the air, and the gang are expected back on our screens at some stage next year. With the sheer volume of guest stars accumulated already in the span of just 20 episodes, as well as a combined total of ten Primetime Emmy nominations, the pressure is now on to come back bigger and better than ever.