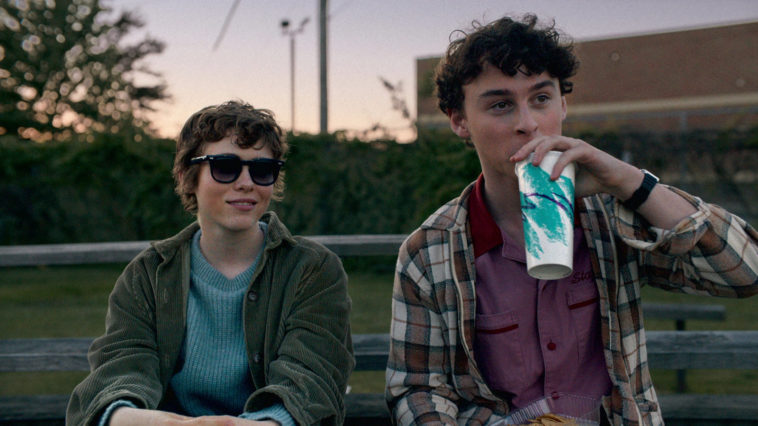 Following in the footsteps of The End of the F***ing World, Netflix’s second adaptation of a Charles Forsman comic book to be created and directed by Jonathan Entwistle found just as much acclaim and adulation, with I Am Not Okay With This becoming one of the streaming service’s early-year sleeper hits.

The coming-of-age story reunited teenage It stars Sophia Lillis and Wyatt Oleff as main characters Sydney Novak and Stan Barber, except this time the duo were forced to deal with emerging superpowers and burgeoning romance instead of a homicidal clown.

A charming blend of nostalgia, awkward and relatable characters, and a unique supernatural twist all combined to great effect over the brief seven-episode first season, but all of the signs were there that the series had the makings of a cult favorite.

There was more than a hint of Stranger Things in a narrative that followed a teenage girl struggling to come to terms with her newfound telekinetic abilities, which shouldn’t have come as much surprise given the presence of Shawn Levy as one of the executive producers, the same position he holds on the small screen global phenomenon.

Netflix has always been fairly secretive when it comes to revealing viewing figures for the majority of their in-house originals, but I Am Not Okay With This must have proven to be pretty popular when a second season was officially announced at the start of August to the delight of fans everywhere.

However, less than two weeks later the decision was shockingly reversed, and I Am Not Okay With This was canceled on the same day as The Society, another Netflix original that had been a hit with the target audience and also given the green light for a second run of episodes.

Netflix named the ongoing global health crisis as the driving factor behind their decision, with the increased budgetary costs and concerns over potential production delays causing both shows to be pulled from the airwaves entirely.

Petitions have been launched in an effort to try and convince Netflix that I Am Not Okay With This is worth saving, but at this stage it would appear that their decision is final, which is a real shame for the fans who had been eagerly awaiting Season 2 after the first ended on a massive cliffhanger when Sydney used her powers at her high school homecoming to deadly effect and ran into the woods, only to encounter a mysterious figure who was widely believed to be her father that had long been presumed dead.

Unless another streaming service or network steps into foot the bill and shoot the scripts that were already written, the seventh and final episode of I Am Not Okay With This will act as the series finale, in what marks a disappointing end for a show that was impeccably cast, well-acted, beautifully shot and had only just started to tap into the almost limitless potential of the concept.