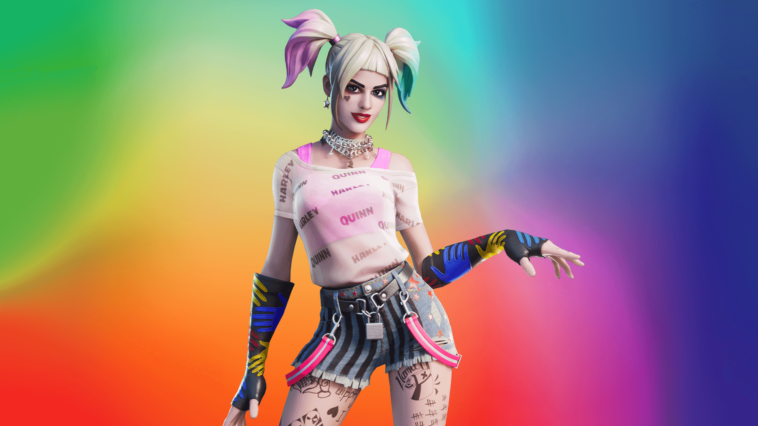 Starting this evening at 7 PM EST, Fortniters will be able to access a new Harley Quinn bundle that includes a skin, cosmetics, and in-game challenges to unlock even more prizes. The new bundle was created in concert with DC Films to promote Birds of Prey, which officially premieres tomorrow (February 7th).

Fortnite has a history of partnering with movie studios on these crossover events, each chock full of new skins and other exciting content. Last year we saw events for Batman, Star Wars, Avengers, and John Wick. To start 2020, Fortnite created a skin for Ninja fans, marking the first skin inspired by a real person.

Today’s news comes on the heels of yesterday’s “Love and War” announcement. For a limited time, gamers will be able to play search and destroy missions in an effort to complete new challenges, winning free weapons, emotes and cosmetics along the way. Set to end on February 17th, the Love and War event will cap off what has been the longest-running season to date. Chapter 2, Season 2 is scheduled to begin on February 20th.