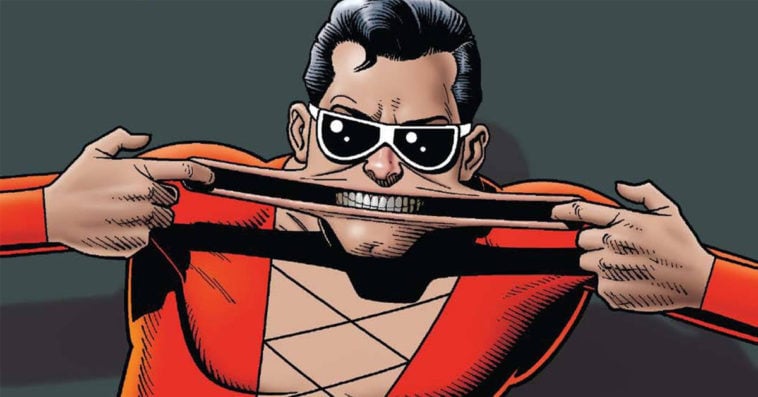 Warner Bros. and DC Films have tapped Cat Vasko (Queen of the Air, Lumberjanes) to rework the script for the Plastic Man movie that was first announced back in December 2018.

Amanda Idoko (The Mayor) penned the original version of the script, and while it’s unclear what elements of that script will be retained, sources told The Hollywood Reporter that the film will now star a female lead. It’s not yet known if the movie will get a new title because of the gender swap.

Plastic Man in the comics

Created by Jack Cole for Quality Comics in 1941, Plastic Man wasn’t initially a DC character. But when Quality Comics ceased operation in 1956, DC purchased many of its original characters, including Plastic Man. Since then, he has become a cult favorite among fans.

Plastic Man’s true identity is Patrick “Eel” O’Brian, a small-time crook who becomes a cop. During a messed-up heist, Eel is shot and doused with a mysterious chemical. Left for dead by his fellow bandits, he awakens to find himself imbued with the power to shape-shift and stretch his body into almost anything. Following the incident, O’Brian starts to reform and eventually becomes a police officer.

The announcement that the first live-action Plastic Man movie will star a female lead was met with negative reactions from fans. Many of them find the gender swap unnecessary, as DC already has Doom Patrol’s Elasti-Girl/Elasti-Woman who has very similar set of superpowers.

IT just doesnt feel right making plastic man a woman.
thats like turning james bond into a woman. its just weird and unnescary. why not give a female superhero a movie instead. Im sure plenty of fans would be happier with a Zatanna or Vixen movie. this is just strange

All I'm trying to say is, if they wanted a female hero that can shapeshift, they could have made a doom patrol movie with her to make fans of that team happy and get more people introduced to them while also making a plastic man film without changes and making his fans happy.

This sad I know who he is and I'm disgusted that they going to gender bend him as a woman don't we already have elastic girl why change plastic man to a woman there already a female version like him called elastic girl this why comic books are dead in the water because of this.

Can we have an original plastic man,starring Patrick “Eel” O’Brian then you can make another with a female plastic man. He deserves his own movie,not to be replaced by an original character. https://t.co/e6Tg5ibJAv

I'm all for a retelling or a new take, but I just read a no name writer is taking an ALREADY niche superhero plastic man and making it female centric?
Why?
The films been in development hell for years changing his sex isn't going to help if there's already problems with it!

please stop changing sex and color of already established characters and create new characters that are cool and representative. Plastic man is a character that many have been waiting for a long time for a movie, out of nowhere they change their genre, hey

While no actor is currently attached to star in the female-led Plastic Man movie, a couple of actors had expressed interest in playing the role O’Brian when the project was initially announced two years ago.

In an interview with ComicBook.com in 2018, Venom and Veep star Reid Scott revealed that he’s eyeing to play Plastic Man “because it’s just so silly and out there.”

“And because he was a thief, he was a pickpocket, he’s got this checkered past, and stuff like that. I tend to like characters that go through some sort of accident,” added the actor. “I’ve always been sort of fascinated by that — I used to love Swamp Thing, and Toxic Avenger, and stuff like that — but Plastic Man was just so frickin’ weird, man. He was cool.”

Plastic Man doesn’t have a release date yet.