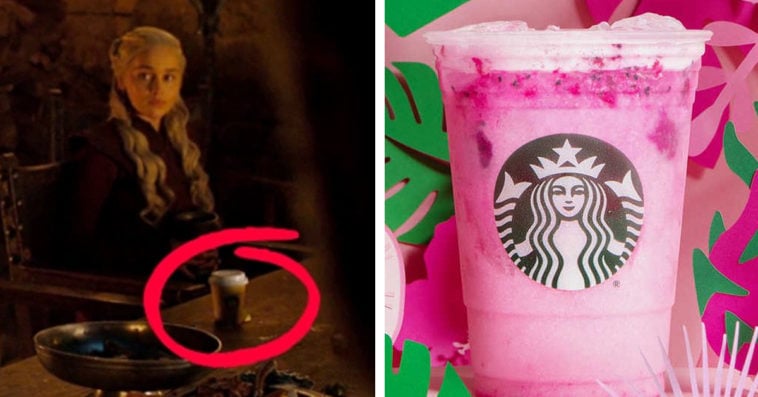 Last Sunday’s episode of Game of Thrones, titled The Last of the Starks, had some eagle-eyed fans shocked and confused at the same time when they spotted a modern-day coffee cup during a large banquet scene in the installment. These fans took to social media to share the slip-up, which went viral in no time.

While the out-of-place coffee cup — seen just an arm’s length away from Daenerys (Emilia Clarke) — didn’t have a Starbucks branding on it, the coffeehouse chain saw HBO’s honest mistake as a golden opportunity to promote their newest thirst quencher called the Dragon Drink.

“TBH we’re surprised she didn’t order a Dragon Drink,” Starbucks wrote on their official Twitter account, referring to Daenerys, who is also known as the Mother of Dragons in the series.

Though the Dragon Drink launched just two days after the epic Battle of Winterfell episode of Game of Thrones, the summer cooler has nothing to do with the fantasy drama series. Instead, the word dragon in the drink’s name comes from dragonfruit, which is one of the ingredients of the hot pink-colored refreshment. The Dragon Drink basically combines Starbucks’ Mango Dragonfruit Refresher — introduced in the summer of 2018 — with creamy coconut milk.

In a statement, HBO noted that the coffee cup was from the show’s craft services and joked that “the latte that appeared in the episode was a mistake. Daenerys had ordered a herbal tea.”

Producer Bernie Caulfield also offered his apologies on the matter in a recent interview with WNYC Radio. “We’re sorry!” Caulfield said, before quipping that “Westeros was the first place to actually, you know, have Starbucks.”

After learning that Starbucks has been capitalizing on the gaffe, Caulfield also jokingly said, “Starbucks, send us money!”