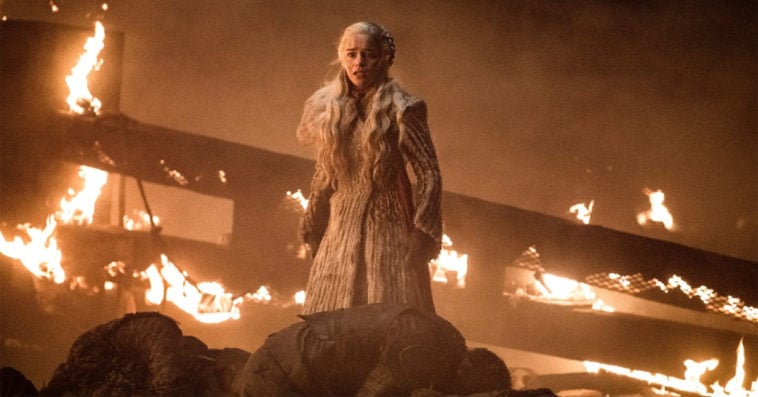 Game of Thrones has set a new Twitter record.

Last Sunday’s episode of the hit HBO series, titled The Long Knight, which showcased the highly anticipated Battle of Winterfell, has become the most tweeted-about scripted TV episode in history.

According to Twitter, the 82-minute installment, which saw several Westeros heroes fighting for their lives against the army of the dead, drew more than 7.8 million tweets, earning the second-straight record of the kind for Game of Thrones.

The Long Knight surpassed the 5 million tweets garnered by the previous record holder, which is none other than the show’s Season 8 premiere that aired last April 14th.

Last night's episode of @GameOfThrones was the most Tweeted about episode of scripted television EVER with nearly 8 MILLION Tweets. ?? https://t.co/D5IVk8R9LX

Since the beginning of 2019, Game of Thrones has already brought in more than 52 million tweets, a figure that is expected to go higher as the show airs its final three episodes in May.

In addition to breaking Twitter records, The Long Knight also marked the introduction of a new emoji that symbolizes Arya’s (Maisie Williams) weapon.

Cersei’s inclusion in the list is quite surprising because she hasn’t appeared on the show since the Season 8 premiere. But as revealed on the preview for the next episode, Cersei is back in the picture with one of her few allies, Euron Greyjoy (Pilou Asbæk).

In the trailer, Cersei seems very confident that she’ll be able to defend King’s Landing from Daenerys with the arrival of the Golden Company, which she hired to fight for her. On the other hand, after surviving the Battle of Winterfell, the Mother of Dragons is certain that she’ll be able to take the Iron Throne from Cersei.

“We have won the Great War. Now we will win the last war,” Daenerys says in the clip, before adding that she and the remaining of her army will rip Cersei out “root and stern.”

The next episode of Game of Thrones airs on Sunday at 9 p.m. ET on HBO.