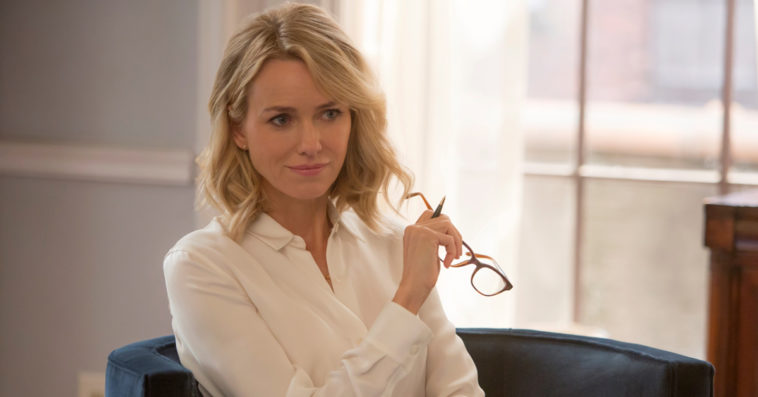 Though details about the characters that will inhabit the world of the Game of Thrones prequel are being kept under wraps, a leaked photo from the set of the pilot recently offered new clues about Naomi Watts’ role in the potential HBO series.

First posted online by kiaruzz91_ on her Instagram story, the set photo was then shared on Twitter by Naomi Watts Source and shows Watts wearing a gold dress and what appears to be a white inner vest. The actress’ hair is all brushed up and looks a lot like Ursula’s hairstyle from Disney’s 1997 animated film The Little Mermaid. When Watts’ casting was announced last October, her character is described as “a charismatic socialite,” and based on the leaked photo, the actress certainly looks like one.

Also in the photo, Watts is seen being ushered to somewhere else by two crew members with the Grotta del Turco arc behind them. According to Winter Is Coming, filming at the Grotta del Turco, near the Italian town of Gaeta, started last weekend, so seeing the actress at the location confirmed that the leaked photo is in fact from the set of the Game of Thrones prequel.

#new ?| Naomi Watts on the set of #GameOfThrones prequel "Bloodmoon"
(shared by kiaruzz91_ on Instagram) pic.twitter.com/jChfMQV5BM

Gold is always associated with wealth and influence, so Watts’ costume in the leaked photo suggests that her character belongs to a prominent house. While it’s unclear which house it is, it is certainly not the House Lannister, as series co-creator George R.R. Martin has previously revealed that the prequel predates the rise of the Lannister family — a plot detail that shouldn’t come as a surprise since the prequel was set thousands of years before the events of Game of Thrones.

“The Lannisters aren’t there yet, but Castlery Rock is certainly there; it’s like the Rock of Gibraltar,” Martin shared. “It’s actually occupied by the Casterlys — for whom it’s still named after in the time of Game of Thrones.”

With that said, some fans believe that Watts is likely playing the role of an important member of House Casterly. But because Watts is dubbed as one of the lead roles in the prequel, others suspect that she will be starring as the legendary Lann the Clever, an Andal adventurer who came to Westeros across the Narrow Sea thousands of years before the full-fledged coming of the Andals.

According to Martin’s A Song of Ice and Fire novel series, Lann the Clever managed to trick the Casterlys out of their homestead. And when they finally abandoned Casterly Rock, Lann founded the House Lannister. If Watts ends up playing Lann, then it would be a great twist on the legend, since Lann is known to be a man.

No air date has been set yet for the prequel as HBO still needs to make a decision on whether or not to pick up the pilot to series.