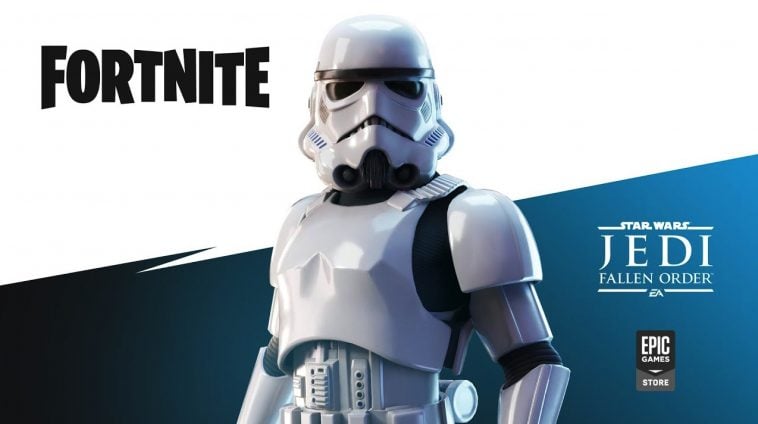 Fortnite is no stranger to crossovers, with the multiplayer game having seen partnerships with Stranger Things, The Avengers, and much more. Now, it’s getting a Star Wars crossover in partnership with Jedi: Fallen Order, with the event bringing a variety of skins and more. Perhaps the largest inclusion is a Stormtrooper outfit, which players will be able to access from Fortnite’s item store.

While the items will come at a cost, they should be free for anybody who buys Jedi: Fallen Order, which could be an extra benefit to people already planning on buying it. Alongside the Stormtrooper outfit, the Fortnite/Star Wars crossover adds a Star Destroyer to players to look at. However, this shouldn’t be accessible to the majority of players and is mainly an aesthetic addition.

Aside from this, it’s unclear as to what else the event will add to the game. Some previous crossovers have added custom maps, weapon upgrades, skins, and much more. In the case of the Avengers/Fortnite event, there was even a new game mode added for a limited amount of time. As such, the Jedi: Fallen Order crossover seems much more limited than many previous events.

With the game set to be released soon, the larger question is whether or not Epic Games has any promotional events for Jedi: Fallen Order when Star Wars Episode IX is released next month. However, only time will tell.