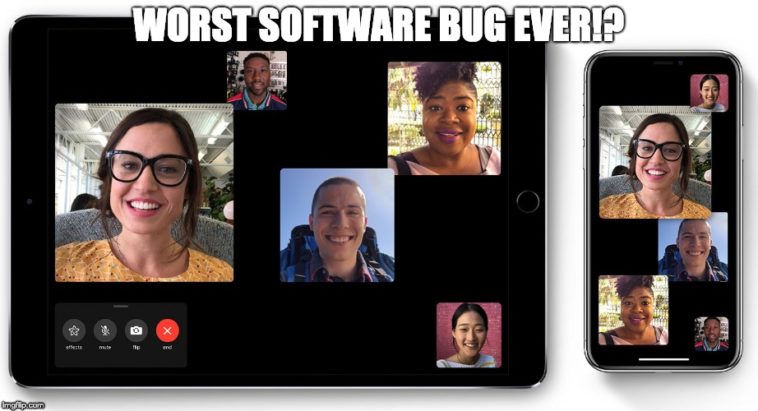 Whether you’re a fan or not – we think it’s fair to say Apple does a pretty good job of avoiding major malfunctions when they put out new hardware or software, right?

Obviously, we see occasional hiccups, but considering the sheer size of the company and its customer base, we’ve yet to see a flaw on par with exploding Note 7s or photo leaking Galaxy S9s – until now that is.

While you don’t have to worry about your pants catching fire, you might want to think twice about what you say when you see an incoming FaceTime call.

9to5Mac is reporting on the discovery of a “significant bug” that allows FaceTime callers to hear the audio on the other end, even if the person has not answered. Adding to the issue, in some cases, video is also sent to the caller without explicit permission.

While Apple promises a fix is on the way, it won’t arrive until sometime “later this week” leaving millions of iPhone users vulnerable for the time being.

Shockingly, the person on the receiving end has no way of knowing if they’re a victim of such an attack. What’s more, it’s not uncommon to brush off incoming calls by hitting the power button, which in this case seems to be the trigger that inadvertently sends video in addition to audio to the caller.

Unfortunately, we’re all stuck with this bug for at least the next few days. And considering the damage it could cause, it’s probably best to just disable FaceTime all together until the problem is officially remedied.

Sources say any Apple device running iOS 12.1 or later may be at risk.