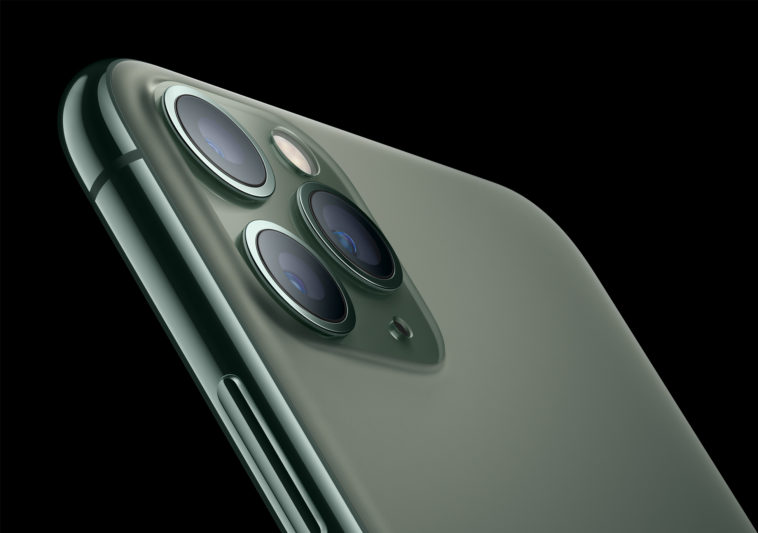 Apple finally unveiled the iPhone lineup for 2019 during their September 10th event at Steve Jobs Theater in Cupertino. Three variants were released. The iPhone 11, the much-awaited successor to the iPhone XR, came out as the cheaper option while Apple also released two premium models which were presented as the more powerful options. Aptly named the iPhone 11 Pro and iPhone 11 Pro Max, these two new flagship models pride themselves on offering an abundance of new features and innovations.

To that effect, both Pro models are manufactured with surgical-grade stainless steel and sport a textured matte glass back. There will be four colors available to choose from: Space Gray, Silver, Gold and a new offering, Midnight Green.

The iPhone 11 Pro will be the smaller of the two with a 5.8-inch display, while the iPhone 11 Pro Max will have a 6.6-inch display. While the screen  (and notch) sizes remain the same from previous models, what Apple changed and made exclusive to the Pro models is the new Super Retina XDR display. It’s a custom-designed OLED screen with wide color support and system-wide color management that offers a more natural viewing experience.

Apple also claims that it is equipped with the toughest glass ever and that its display will be the brightest an iPhone has ever had.  Despite all of that, they claim it to be 15% more energy efficient. A new spatial audio system is also integrated to provide a more immersive sound experience as well as support for Dolby Atmos, Dolby Vision and HDR 10. Haptic Touch is also replacing 3D touch.

Powering the new iPhones is Apple’s most advanced chip yet, the A13 Bionic. The chip is 20% faster and 40% more power-efficient than the previous A12 chip. Housed inside the chip is an advanced neural engine for real-time photo and video analysis and machine learning accelerators that allow the CPU to process up to to 1 trillion operations per second.

Of course, an iPhone would be incomplete without an impressive camera system and, as rumors predicted, the new Pro models are equipped with an advanced triple camera system. Both models will carry three 12 MP rear cameras with varying focal lengths: wide, ultra-wide and telephoto. Each camera is capable of recording 4K  video with extended dynamic range and cinematic video stabilization. The ultra-wide camera boasts of a wider field of view and 4x optical zoom. The cameras’ low light capability is also greatly improved and is capable of producing brighter images with natural colors and reduced noise. The famed portrait mode has also received an upgrade with the ability to choose between wide and telephoto, with the telephoto camera housing a 2.0 aperture allowing 40% more light than the previous iPhone XS. Upfront is the new 12 MP TrueDepth camera. It boasts of a wider field of view for photo and video selfies, and the ability to record 4K  video of 60 fps and 120 fps slo-mo.

Other camera features include Smart HDR, which uses advanced machine learning to identify and intelligently relight subjects in a frame for a more natural, detailed photo, and there is a TrueTone flash that’s 30% brighter. Apple also previewed a new feature called Deep Fusion that’s scheduled to come out as an update sometime this fall. It takes a series of photos before and after you press the shutter and machine learning uses these photos to perform a pixel-by-pixel analysis to produce a clearer, more detailed photo.

All of these features will work in conjunction with the newly redesigned camera interface. The redesigned interface offers a more immersive experience by offering an all-screen display that lets users see what may be out of frame. The shutter button can also be employed as a video record button without switching modes simply by holding it, similar to how it is on Instagram.

Lastly, Filmic, a third-party app, joined forces with Apple to utilize the iPhone’s camera system to the fullest. Within this app, users will be able to capture 4k video with all four (three rear cameras, one front-facing) cameras simultaneously.

Both Pro models will run on the latest iOS 13 which will provide seamless hardware and software integration. New features of iOS 13 include: a new Dark Mode, an all-new Maps experience, more private way to sign into apps and websites, advanced camera and photo features, more comprehensive photo and video editing, in-camera Portrait mode adjustments and a High Key Mono effect for Portrait mode.

Another rumored feature coming to light is the use of ultra-wideband technology for spatial awareness, the first time ever for a smartphone, and with the iOS 13.1 update at the end of the month, this will allow AirDrop to be directionally aware of its suggestions. Other notable features of the Pro models include: Face ID that’s 30% faster with support for varying angles, Gigabit-class LTE, dual sim and eSim support, as well as an 18W USB-C to lightning charger bundled in the box.